This essay examines one dimension of a quite broad-ranging topic: how modern 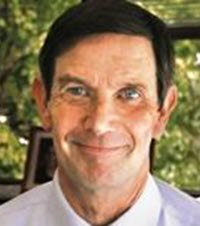 American law is explicitly and implicitly constructing the racial identities of contemporary American citizens. I focus on two contrasting conceptions of "white" and "black" racial identity visible in decisions of the United States Supreme Court during the post-Jim Crow era. I term these the "damaged race" and the "racial irrelevance" views (though the latter is more customarily referred to as "color-blind" constitutionalism). I argue that both these conceptions are flawed, because both can easily be understood to imply that whites today are as a group superior to blacks in America, and belief in such superiority can in turn support policies and practices that continue to privilege white interests.

I suggest that a third conception, that of "distinct racial damages," does more to make sense of how the law has helped create the racial identities that Americans still experience themselves as possessing. It holds that both "blacks" and "whites" today should be seen as social groups that are still harmed by the consequences of past official constructions of race, though in very different ways. This conception of contemporary racial identities is, I believe, simply accurate; it may also serve as a better guide to legal and political action on race-related issues. Though I think that this analysis can be extended to encompass the great variety of racial identities in past and present America, I confine the argument here to Supreme Court depictions of "blacks" and "whites." Those constructions have, I believe, done the most to shape the law's approach to racial topics.

Christopher H. Browne Distinguished Professor of Political Science at the University of Pennsylvania.