Colonialism and Modern Constructions of Race: A Preliminary Inquiry 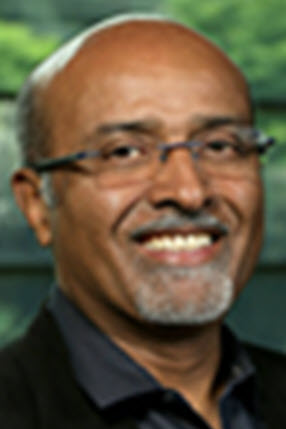 Taking seriously the proposition that Western knowledge and representation of the non-European world is the key to understanding racial ideology, I aim at a preliminary examination of the colonial career of the modern constructions of race and its traces in post-coloniality. I propose to locate race in regimes of legality and illegality in the context of British colonial rule over India to underscore the defining role of colonialism in modern constructions of race. Conquest, subjugation, and exploitation are as old as recorded history. So are racial difference, conflict, and domination. While modernity framed these processes against claims of universal principles of public good and virtue, the age of empire brought into sharp relief the exclusions built into modern notions of citizenship, sovereignty, representation, and the rule of law. I posit that it was to reconcile colonial domination with the ideals of freedom and equality, that a modern discourse of racial difference and hierarchy gained hegemony, whereby capacity and eligibility to freedom and progress were deemed biologically determined, and colonialism was legitimated as the natural subordination of lesser races to higher ones. In the colonies, heterogeneity presented by the colonized was made manageable by assigning them racialized classifications. Imperatives of colonial rule combined with a grammar of racial difference to constitute racialized stereotypes of natives to facilitate legally sanctioned regimes of discipline and control. These stereotypes are remarkable for their contingent deployments, malleability, and resilience. Traces of racialized discursive structures and institutional practices forged in the context of Europe's colonial encounter remain visible in post-colonial terrains, where many a public policy and legal regime are animated by racialized categories and classifications.

Modern Europe sees itself as the product of the Enlightenment, with the attending ideals of reason, freedom, liberty, equality, progress and the rule of law. Modernity of Europe is, however, coterminous with its colonial expansion and imperial rule, marked by conquest, subjugation and genocide. How were these two contradictory strands reconciled? In the answer to this question lie the roots of modern constructions of race that animate many an inter-national regime of legality and illegality. I take issue with the argument that “the genesis of the modern discourse of race [is] part of the attempt to articulate differences within European society.” I argue instead that Europe's colonial encounter is fundamental to the modern constructions of race, which facilitated the establishment and consolidation of this relationship of domination and subordination. This is not to suggest some unidirectional determinism; it is rather that “Europe was made by its imperial projects, as much as colonial encounters were shaped by conflicts within Europe itself.” But while mutually constitutive of the colonizer and the colonized, colonialism is a relationship of domination and difference, with race constituted as a primary marker of difference.

Crucial to the modern constructions of race is the fundamental distinction between Enlightenment ideals and the situated and embodied practice of those ideals. Nothing demonstrates the yawning gulf between the two more than, for example, the European reception of the Saint Dominque Rebellion, when, contemporaneous with the French Revolution, Creoles and black slaves in Haiti claimed the Rights of Man and challenged French sovereignty. This attempt to inject questions of race, slavery and colonialism into the agenda of liberalism and modernity only won Haitians the wrath of Europe. They became symbols of backwardness and danger--a threat to the “natural” orders of private property, racial hierarchy and civilization. Faced with such contradictions between ideals of the Enlightenment and liberalism on the one hand, and slavery and colonialism on the other, hegemonic forces in Europe fashioned strategies of exclusion, grounded in a racial dichotomy between human and sub-human, or civilized and savage. This triggered the mutually constitutive role of colonialism and modern Europe; many foundational constructs of modernity - reason, man, progress, and the nation - were developed in contrast with a racialized “non-Europe,” with the latter posited as pre-modern, not fully human, irrational, outside history. The process culminated in a modern grammar of racial difference, whose primary building blocs were the constructs of History and the development of liberalism against the backdrop of colonialism.

The age of colonial expansion of Europe also saw the consolidation of History - the unilinear, progressive, Eurocentric, teleological history - as the dominant mode of experiencing time and of being. In History, time overcomes space - a process whereby the geographically distant Other is supposed to, in time, become like oneself; Europe's present becomes all Others' future. Embodying the agenda of modernity, History constitutes a closure that destroys or domesticates alterity of the Other. History, as a mode of being, becomes the condition that makes modernity possible, with the nation-state posited as the agency (the subject of History) that will realize modernity. In Hegel's construction, for example, nations attain maturity only when a people are fully conscious of themselves as subjects of History, and it is only such nations which realize freedom. Those outside History, “non-nations,” have no claims or rights; nations have the right to destroy non-nations and bring Enlightenment to them. History becomes a master code, the imaginary, that informs the “civilizing mission” of Europe, posited as a world-historical task. As a progeny of the modern ideas of reason, progress and science, Social Darwinism, which fixes upon race as the repository of those attributes that enable or prevent evolution towards civilization, combined with History to write a legitimating script for colonialism. In the name of enlightened civilization, a hierarchy of “advanced” and “backward” races was posited. Cast in terms of “natural selection” and “survival of the fittest,” evolutionary racism “offered strong ideological support for the whole colonial enterprise ... savages were not simply morally delinquent or spiritually deluded, but racially incapable.” European “race-science” consolidated the double binary of fair/dark and civilized/savage, by positing the anatomical investigations of Europeans and Africans as establishing the top and bottom of a progressive series of human races with comparable mental endowments and civilizational achievements. With the diagnosis accomplished, prescription quickly followed: “[n]ations in which the elements of organization and the capacity for government have been lost ... are restored and educated anew under the discipline of a stronger and less corrupted race.” History, then, became a record of progress of superior races and, by that standard, the stagnant, backward races had no History; colonialism, as a project of bringing the backward races into the universal History, bridged Enlightenment with modern constructions of race.

While History furnished the basic contours of modern constructions of race, the notion of the rights-bearing individual posited by liberalism added content to these constructs by reconciling liberty with colonialism. Liberalism and colonialism developed alongside each other. With rare exceptions, liberals approved of colonialism and provided it with a legitimizing ideology. If eligibility for universal rights was conditioned upon recognized subjectivity, claims to these rights could be denied if the subjectivity of some was erased. By resting such an erasure on pre-social, biological grounds, one could say with confidence that “higher races are inherently more qualified for both political and individual liberty than the lower.” Liberal discourses of rights, inclusion, and equality could be reconciled with colonial policies of exclusion and discrimination by positing essential differences between different types of individuals and subjectivities.

The universalist claim of liberalism rests on the capacities it identifies with human nature - to be born free, equal and rational. It is this anthropological premise that anchors the concept of consent, which in turn, grounds liberal institutions of contract, rule of law, and representation. Those designated as being unable to exercise reason are deemed incapable of consent, and thus, they can be excluded from political constituency and governed without consent. The capacity to reason, far from being universal, was posited as a matter of education and “breeding,” by which one is initiated into specifications of time, place and social norms, with the white, male, propertied adult furnishing the standard. Exclusions based on class, gender, and race were the logical outcome. By making specific cultural norms preconditions for actualization of the supposedly universal capacities, universalism yielded to exclusions, through which liberty was found to have no application to “backward societies.” Liberals posited a Manichean theory of two worlds: civilized societies that had attained individuality, maturity of faculties and the capacity to be guided to their own improvement, and societies outside History, mired in stagnation and despotism of custom. Individuality and civilization were seen as the unique achievement of the “European race,” and since the non-Europeans were moral and political infants, and thus below the age of consent, a “paternal despotism” by a “superior people” was found perfectly “legitimate” and in the natives' interest. Colonial rule was to facilitate their transition to a “higher stage of development” and to train them in “what [was] specifically wanting to render them capable of higher civilization.” Colonial subjugation would bring the colonized into History because “[i]nferior races are raised by living in political union with races intellectually superior.” A typology of savagery, barbarianism and civilization as a hierarchy of the historical stages of man was posited, bringing geography and History together in a generalized scheme of European superiority that identified civilization with race. The result was a grammar of racial difference that found liberalism to be underwritten by the colonial script.

The modern grammar of racial difference, inaugurated by History and supplemented by liberal exclusions, had four inter-linked premises: (i) that there is an essential difference between Europeans and other races in the world; (ii) that there is a racial hierarchy with the European at the top, followed by Asians, African and aboriginals, in a descending order; (iii) that Europe, being the subject of History, had the right, nay the duty, to govern other races, to impregnate them with reason, progress and the rule of law; and (iv) that the salvation of lesser races rested in subjugation by Europe, to aspire to Europe's present as their future, this being the only path to enter History.

In the modern world, the universalist promise of freedom and equality has often floundered when confronted with difference--gender, class, sexuality, and race being the salient sites of this confrontation. By uncovering how difference is constituted to reconcile the professed promise with practiced denial of freedom and equality, we may be better positioned to participate in struggles to secure these cherished goals. To the extent that colonialism furnished particular sites for modern constructions of difference, those struggling to achieve freedom and equality will ignore lessons of colonialism at their own peril.

The project of broadening the scope of Critical race Theory must keep Europe's colonial encounter as a high priority on its research agenda. In this context, specific questions that need deeper analysis abound. What grammar of racial difference reconciled colonial domination with Enlightenment agendas of freedom, equality, and reason? How did the colonies, as particular sites of knowledge production, facilitate modern constructions of race? What particular disciplines and technologies were fashioned to enable such constructions? How was race inserted into discursive and institutional structures of colonial rule? How were colonizers' discourses and practices of race adopted and internalized by the colonized? How is the terrain of post-coloniality marked by traces of the racialized colonial encounter?