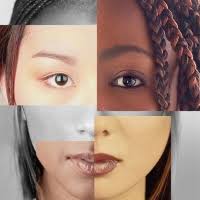 Directive No. 15 governs the collection of federal statistics regarding the implementation of a host of civil rights and other laws. OMB has announced that it will reconsider its racial/ethnic classification scheme but has not indicated that elimination of the "Hispanic" classification is under consideration. The agency's official announcement of proposed revision noted that the data collected under the format mandated by the directive is used to enforce laws regarding voting rights and legislative redistricting, federal and private sector affirmative action programs, school desegregation, minority business development, and fair housing. Of course, a mere listing of the official goals of Directive No. 15 cannot capture its importance as a guideline for nongovernmental entities who wish to collect culturally specific information, as well as its importance as a manifestation of the white privilege both to exclude others from their status and to define for others their own communities.

A brief overview of Directive No. 15 reveals several highly questionable assertions about race and identity embedded in the classification scheme. Directive No. 15 instructs agencies to prefer separate questions for "race" and "ethnicity," the latter term referring, as previously noted, only to whether or not a person is "Hispanic." This preferred method was utilized by the Census Bureau in the 1990 Census.. . .

The definitions of the racial categories make it clear that, with two prominent exceptions, the individual is supposed to look to genealogy as the source of racial identity. For example, a "White" person is one "having origins in any of the original peoples of Europe, North Africa, or the Middle East," while a "Black" person has "origins in any of the black racial groups of Africa." That "origin" means biological ancestry is made clear by comparison with the two groups defined at least in part by "culture": "American Indian[s] or Alaskan Native[s]," who must have both pre-Columbian American ancestry and "cultural identification through tribal affiliation or community recognition," and "Hispanics," who are identified as having either "Spanish culture or origin." Further, the widespread but erroneous belief that cultural identity is fixed and biologically inherited insures that "origin" will be interpreted by most respondents as referring to biological ancestry. Directive No. 15 thus reflects and reinforces the view that race is a fixed, inherited trait with no relationship to culture. Further, by neglecting any reference to the relationship of the respondent to members of other cultural groups, Directive No. 15 locates racial identity in the individual, rather than in the nature of that person's relationship to others.

Hispanics are defined in Directive No. 15 as the ethnic group whose "culture or origin" is Spanish, "regardless of race," and Mexican-Americans are specifically described as a "Spanish cultur[al]" subgroup. The combined format declares that Hispanics are either white or Black. Because a "Black" person, under Directive No. 15, is defined as "a person having origins in any of the black racial groups of Africa," it is clear that Directive No. 15 perceives Mexican-Americans as a white ethnic group. This perception is at odds with Chicano identity and the Chicano people's historical experience of racial oppression, as well as the present, ongoing racial discrimination against Mexican-Americans. The perception also differs from the determinations Congress made when it decided that Mexican-Americans needed to be covered under laws addressing racial discrimination. The classification of Mexican-Americans as white is consistent only with prior Census practice, which stopped counting "Mexicans" as a race with the 1930 Census and instructed Census takers to list Chicanos as whites when those persons were "definitely not Negro, Indian, or some other race."

Directive No. 15 describes Chicano difference from the white majority as an "ethnic" difference, rather than a racial one. In other words, it describes Chicanos as part of the "white" race, but a part that has yet to fully assimilate into the mainstream status enjoyed by members of that group. This construct, sometimes described as the "immigrant analogy," holds that minorities in American society will all progress down the path of assimilation taken by such white ethnic groups as the Irish, the Jews, and the Italians, at least to the extent that minorities work as hard as members of those groups worked to gain acceptance as deserving of white status. Few now believe that the immigrant analogy holds true for groups such as Chicanos or immigrant communities from Asia, whose difference from majority society is defined both in racial and ethnic terms.

The differences between the ethnic experiences of a member of a racially subordinated minority group and a member of the white majority are profound. Sociologist Mary Waters conducted a detailed study of white American ethnicity in communities on the East and West coasts. She described white cultural identity as a "dime store ethnicity." This characterization does not mean that ethnicity is of little value to whites; on the contrary, ethnic identity provides white Americans with a "warm feeling" of belonging to a community that is very important in an increasingly individualized society. Waters' description does mean, however, that a white American has the flexibility to choose any European cultural identity he or she prefers (limited by the individual's tendency to view ethnic identity as an inherited trait), while an American identified as a racial minority does not have that flexibility. Waters maintains that white ethnicity is purely symbolic; it "makes no claims or demands on individuals whatsoever." White ethnics are often the bitterest foes of affirmative action, Waters maintains, because they fail to understand the difference race makes in the ethnic experiences of white and nonwhite Americans.

A racialized minority group can be defined by examining the relationship between that group and the majority society. If the relationship is one of subordination enforced by the perception of racial difference, the group is racially subordinated. Note that this inquiry does not rely on any innate characteristic of the members of the racially subordinated group. An examination of Chicano history reveals that Mexican-Americans have always been regarded in society (if not always in law) as members of a community that is not and cannot become part of mainstream white society, and this definition has been enforced by expressions of white power that subordinate Chicano interests to those of the majority.