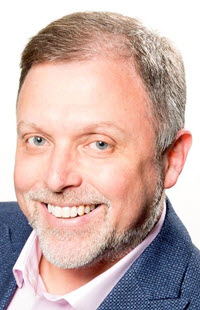 It was all too predictable that Attorney General Eric Holder would be attacked for his recent remarks about race in America. To suggest that the nation is still haunted by the specter of racism is unacceptable it seems, especially since, with the election of President Barack Obama, we have ostensibly entered the "post-racial" era. But in truth, the nation's chief law enforcement officer deserves criticism more for what he didn't say than for what he did.

Specifically, Holder blamed personal cowardice for our racial divide, rather than institutionalized inequities, thereby minimizing his own department's role in solving the problem; and he blamed everyone (and thus no one in particular) for being cowards, thereby letting white Americans -- who have always been the ones least willing to engage the subject -- off our uniquely large hook.

This combination of power-obliviousness (ignoring discrimination and unequal access to resources, while focusing merely on attitudes) and color-blindness (suggesting that everyone is equally at fault and equivalently unwilling to discuss racism) is a popular lens through which to view these matters. Indeed, the Oscar-winning film Crash was based almost entirely on these two tropes.

But such a lens distorts our vision, and obscures true understanding of the phenomenon being observed.

The racial divide about which Holder spoke, particularly in terms of the neighborhoods where people live, is not the result of some abstract cowardice to engage one another. Rather, it is about the racist fears of whites, who decades ago began leaving neighborhoods when blacks began to move in.

They didn't move because of declining property values, as they often claimed (indeed, economic logic dictates that the rapid white exodus, not the black demand for housing, would cause such an outcome), but because of racism.

And in their fears, these whites were assisted by government policy, which subsidized their flight via FHA and VA loans that were all but off limits to people of color. This is how (and why) the suburbs came to be.

From the 1 940s to the early '60s, over $120 billion in home loans were made to whites, preferentially, thanks to these government efforts, while blacks and other persons of color were excluded from the same. Indeed, about half of all homes purchased by white families during this time were financed thanks to these low-interest loans, while folks of color remained locked in cities, their dwellings and businesses often knocked down to make way for the interstates that would shuttle their white counterparts to the suburbs where only they could live.

We remain residentially divided today because of the legacy of those apartheidlike policies, as well as ongoing race-based housing discrimination: between 2 million and 3.7 million incidents per year according to private estimates. It is the AG's job to do something about that by enforcing the Fair Housing Act, not pleading for more dialogue.

As Elvis once said, albeit about a very different subject, we need "a little less conversation, a little more action, please."

Holder also pulled a punch by issuing his charge of personal cowardice indiscriminately, as if to say that everyone was equally averse to tackling the subject of racism. But people of color have always voiced their concerns about the matter. It is whites who have tended to shut down, to change the subject, or to minimize the problem by telling those who mention it to "get over it already" or by accusing them of"playing the race card."

As Exhibit One for this charge, consider the way in which most of white America has reacted to the recent New York Post cartoon, in which police officers gun down a wild ape, meant to represent the author of the stimulus bill; and this, directly opposite a picture of President Obama signing that very piece of legislation.

That such an image trades on longstanding racist stereotypes is apparent to most folks of color, and yet, most of white America has yawned through the controversy, or worse, accused blacks enraged by the image of hypersensitivity.

Likewise, most whites reacted with unaffected diffidence at the New Year's Day videotape from the Oakland, Calif., subway, in which a white police officer coolly executed a black man by the name ofOscar Grant, despite Grant putting up no resistance, possessing no weapon, and posing no threat to the officer.

On message boards in the Bay Area -- supposedly filled with progressive types, to hear locals tell it -- whites regularly expressed more outrage at protesters demanding justice for the Grant family than at Officer Johannes Mehserle for committing cold-blooded murder.

Sadly, whites are rarely open to what black and brown folks have to say regarding their ongoing experiences with racist mistreatment. And we are especially reluctant to discuss what that mistreatment means for us as whites: namely that we end up with more and better opportunities as the flipside of discrimination. After all, there is no down without an up, no matter how much we'd like to believe otherwise.

It is white denial, as much as anything, that has allowed racial inequity to persist for so long, and it's nothing new.

In the early 1960s, even before the passage ofmodern civil rights laws, 2 out of 3 whites said blacks were treated equally, and nearly 90 percent said black kids had equal educational opportunity.

As a matter of fact, white denial has a longer pedigree than that, reaching back at least as far as the 1 860s, when Southern slave-owners were literally stunned to see their human property abandon them after the Emancipation Proclamation. After all, to the semidelusional white mind of the time, they had always treated their slaves "like family."

Until we address our nation's long history of white supremacy, come to terms with the legacy of that history and confront the reality of ongoing discrimination (even in the "Age of Obama"), whatever dialogue we engage around the subject will only further confuse us and stifle our efforts to one day emerge from the thick and oppressive fog of racism.

For however much audacity may be tethered to the concept of hope, let us be mindful that truth is more audacious still. May we find the courage, some day soon, to tell it.

Tim Wise is the author of: White Like Me: Reflections on Race From a Privileged Son (Soft Skull Press, 2005) and Affirmative Action: Racial Preference in Black and White (Routledge: 2005). He can be reached at timjwise@msn.com.  2009 CounterPunch  All rights reserved.