How Troubling Is Our Inheritance? A Review of Genetics and Race in the Social Sciences

Excerpted From: Philip N. Cohen, How Troubling Is Our Inheritance? A Review of Genetics and Race in the Social Sciences, 661 Annals of the American Academy of Political and Social Science 65 (September 2015) (Footnotes/references) (Full Document) 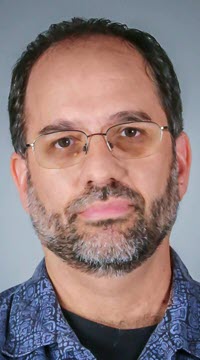 To conclude that there is racial variation in the biological basis for social behavior requires affirming three antecedents: (1) there is a biological (or genetic) basis for social behavior, (2) the genes controlling or contributing to such behavior are selected by natural selection and vary across human populations, and (3) those human populations correspond to common social conceptions of race. I introduce each of these points briefly before exploring them further in the next section.

The first of these statements is obviously true to some degree, but we do not know the precise mechanisms for such influence. We do not know the extent to which behavior patterns are genetically versus socially evolved and how exactly genetics interact with environmental factors to influence individual behavior. Target behaviors--ranging from marriage to addiction to violence--are highly complex and variable, codetermined by social interaction and environmental factors in addition to possible genetic effects. Feedback effects are common but difficult to quantify and involve biological dynamics that are not simply genetic; one example is testosterone, which affects behaviors and interactions in ways that also affect testosterone levels. A generic behavioral trait such as cooperation clearly was essential for the development of human society. But we do not know whether a specific genetic basis for cooperation evolved, rather than, say, a more general cognitive capacity to learn the value of cooperation and transmit it culturally. It is safe to assume that the more complex (and interesting) the behavior in question, the further we are from understanding its evolutionary origin.

Because of uncertainty with regard to the first statement, we cannot fully evaluate the veracity of the second statement--that natural selection drives behavioral genetic differences between contemporary human populations. At our level of understanding of the relationship between genetics and behavior, we cannot tell the difference between biological versus cultural origins of patterned variation across human populations. However, I favor a presumption of social versus biological causality to explain these patterns, based on the known impact of social and environmental factors on group behavior versus our lack of evidence for genetic causes. But it is also a political judgment, because the implications of *67 incorrectly believing the reverse--that genetics do determine behavioral differences between human populations--are potentially dire. That does not mean I am prejudging future scientific conclusions, but rather, I am acknowledging the place of political (moral) implications in our interpretation of existing knowledge.

In our justice system the presumption of innocence does not imply surrendering our capacity to openly evaluate all the evidence; rather, it acknowledges the consequences of different kinds of error in that evaluation. Similarly, the risks we take in medical research are weighed against the gains to be had from the innovations under study. In evaluating the case for racial genetics determining social behavior, the consequence of falsely coming down on the side of race is very bad, so I set the evidentiary bar high for that conclusion. Although there is growing appreciation for genetic research in mainstream social science, race provides a special case of the potential social harms such research can inflict, where--as we will see--“the potential for pernicious naïveté about genetics is especially high” .

With regard to the third statement--that diverse human populations are “races”--I discuss some of the evidence below. However, the research from population genetics and evolutionary biology in this area is mostly not concerned with modern behavioral questions but rather with issues such as the history of human geography, disease adaptation, and the mechanisms of evolution. Thus, I stress at the outset that the importance of identifying or defining race and races is related to the interpretation of the previous statements on behavior and genetics. If genetics do not determine group differences in social behavior, then the definitions we employ and the labels we apply to those groups become less important, at least for the social science of inequality between groups.

In the words of Charles Murray, the publication of A Troublesome Inheritance, by Nicholas Wade, will “trigger an intellectual explosion the likes of which we haven't seen for a few decades.” If the denunciation of the book by more than a hundred population geneticists and evolutionary biologists is any indication, that explosion may be more political than intellectual. The book is an attempt to rebrand scientific racism under contemporary genomic science. I introduce it here both as a vehicle for exploring the overarching questions above and as a cautionary illustration of where such questions may lead in the current climate. Not every social scientist interested in the genetics of racial differences in behavior deserves to be tarred with the brush I apply here, but they do have to grapple with the problems people like Wade cause. To take seriously the notion of racial biology as a determinant of worldwide social inequality, one would need a set of building blocks more or less like Wade's, even if with different details.

Wade, a longtime science journalist for the New York Times, argues that evolution by natural selection created human races with different genetic predispositions for social behavior, continuing to the present day. As races evolved, following divergent migrations out of Africa, their social behavior diverged and became written in their genes. This fueled the development of disparate societal institutions, leading to contemporary inequalities between rich and poor countries according to their adaptability to modern economic imperatives. Thus, Wade argues that the Caucasian and East Asian races constitute the richest and most powerful nations in the world because they are genetically better adapted to success in modern capitalist systems than are Africans and the other racial groups, who remain steeped in tribalism, the “default” human condition.

Wade believes that science gatekeepers who are afraid to discuss, much less confront, the realities of genetic forces underlying racial differences in behavior are keeping this knowledge from the general public. No one wants to reignite the racism that gave us Social Darwinism, eugenics, and the Holocaust, he argues, but now that racism has been officially repudiated it is time to move on to a scientific examination of how genetic natural selection made the behavior of the major human races different, producing today's spectacle of global inequality. On his book tour, Wade refused any association with notions of racial superiority:

There is absolutely no claim of superiority. It's absurd to say that one is superior than the other. But there are characteristics of Western society which we should understand and value, and those are the ones that have made Western society as successful as it has been.

The book is not about racial superiority, then, unless you consider being more successful economically, politically, and culturally--because of your genes--an indicator of superiority.

Can we explain dramatic social change without behavioral genetic evolution? Of course; we do it all the time. We know that successful people and their children can prosper and propagate their behavioral gospel--by example or through coercion and force--without any genetic change, because it so often happens in a time span too short for natural selection to play a role. Consider, for example, the recent population growth of religious sects such as Mormons and Orthodox Jews-versus Protestants and more secular Jews--in the United States. Following sudden (in historical terms) religious edicts, these sects developed high fertility rates and transmitted those as norms to their children, so their populations grew relative to the majority in successive generations. The mechanisms for this kind of change are well established by modern social science, having nothing (that we know of) to do with genetic fitness.

Both racial identification and ancestry are the product of interacting social and biological elements. The population of African Americans--the descendants of African slaves and Americans of European origin-- is not an extrahistorical mix of two “real” races. It is a recently formed group with ancestors from several places. In other words, the African American population is like all the other ancestry groups in the world created over the millennia, some of whom mixed freely, some under duress, some as migrants, some as conquerors. This creating of new blends of humanity, as much as the definition and labeling of categories, is also the social construction of race. Nothing in this research suggests that racial identities are themselves genetically based. The social identities associated with ancestral history coincide with the genetic clusters that flowed from geographic separation, but it does not follow that these identities are genetic in their origin or maintenance.
. . .

What influence should the genetics of race have on social science? Murray's (2014) interpretation is unambiguous:

The genetic findings that Mr. Wade reports should, in a reasonable world, affect the way social scientists approach the most important topics about human societies. Social scientists can still treat culture and institutions as important independent causal forces, but they also need to start considering the ways in which variations among population groups are causal forces shaping those cultures and institutions.

Hardly anyone admits to being a bona fide racist (but the few people who do, incidentally, love this book, as a perusal of the White supremacist community Stormfront.org reveals). But Wade argues that the history of Social Darwinism, eugenics, and the Holocaust have infected the modern liberal mind so much that we not only do not want to think about the behavioral genetics of race, but we do not want anyone else to either. In a defense of the book, Wade (2014b) writes, “It takes only a few vigilantes to cow the whole campus. Academic researchers won't touch the subject of human race for fear that their careers will be ruined.”

I am not aware of evidence that genetic scientists are cowed by fear of violating racial taboos and redirect their careers accordingly, but that may be the case. Of course, the size of the literature on human genetic diversity-- funded by the government, conducted at major universities, published in the most prestigious journals, reported in the leading newspapers--weakens Wade's case.

The idea of using Darwinism to “justify dominion over others and deny welfare to the poor,” Wade writes, “has been so thoroughly repudiated that it is hard to conceive of any circumstance in which it could be successfully resurrected”. But explicit, official racism is not (at the moment) the principal threat, so this is a red herring. Even if Social Darwinism is not the law of the land, racial discrimination persists, with tragic consequences. We see this in audit studies revealing discrimination in housing, employment, and even shopping online; we see it in policing practices and incarceration policies; and we see it in policy debates over economic development in poor countries. A Troublesome Inheritance adds fuel to contemporary racism, with the trappings of genomic science.

*It may be the case, that “the vast majority of individual-level outcomes of abiding sociological interest are genetically influenced to a substantial degree.” And it may be true that the historical migration and dispersion of people around the planet have resulted in genetically identifiable clusters that sometimes follow the contours of commonly understood races. But it does not follow that genetics explains the relative status and well-being of today's racially identified groups or their societies. In fact, these two lines of inquiry--the genetics of behavior and the geographic variation in human genetics--do not depend on each other; the strong case linking them is the contemporary expression of scientific racism. The publication of Wade's Troublesome Inheritance serves as a potent warning of the continued resonance of racially deterministic narratives of social inequality.

Philip N. Cohen is a professor of sociology at the University of Maryland, College Park. He is the author of The Family: Diversity, Inequality, and Social Change (Norton 2014), as well as numerous articles on social inequality, families, and demography.