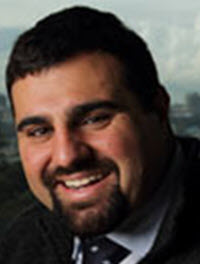 The often championed and widely held view is that the Register of Trade Marks (the 'Register') is an unmitigated public good: a source of valuable (albeit imperfect) information, as well as a historic record of proprietary rights. Government bureaucracies charged with managing intellectual property ('IP') rights frequently emphasise that trade marks are also benign: '[T]hrough their proliferation and diversity' they play an 'important part' in the 'growth of trade in Australia and the development of our economy'. If IP Australia's website contains a selection of famous Australian trade marks and reflects its hall of fame, this article, by contrast, documents the Register's hall of shame. The purpose of this article is to provide a more critical assessment of registrable marks than the celebratory narrative offered by IP Australia. The historical record suggests that dehumanising, derogatory and disparaging trade marks--what this article calls 'stigmatising trade marks'--are a longstanding and integral part of the history of the Register. The research on stigmatising marks presented here emerges from many years of archival research, involving the rigorous physical review of hundreds of individual trade mark applications and bound volumes of colonial and Commonwealth Trade Mark Registers stored in the National Archives of Australia ('NAA') in Canberra and Sydney.

Australian decision-makers appear to have taken no steps to prevent the registration of stigmatising marks and have failed to utilise the prohibition on registering scandalous marks. This article, however, will not engage with this absolute ground for refusal and the limited Anglo-Australian case law relating to this statutory provision. Rather, the scholarly aim here is to paint a more complete and accurate picture of the Register's role in reflecting and perpetuating Australian attitudes towards marginalised Others. This research is needed in part because exposing and acknowledging the stigmatising history of the Register is an important step towards reconciliation with marginalised groups. What is more, understanding this history may well assist decision-makers in not repeating past wrongs.

A stronger regulatory response is warranted against stigmatising trade marks because they contain negative stereotypes and harmful associations that militate against the referenced group fully participating in the public sphere. Without this response, the referenced group faces a hostile public sphere, where they are afforded less dignity and respect than non-referenced groups. This creates significant communicative obstacles for referenced marginalised groups, who must first overcome the deleterious effects of stigmatising trade marks before engaging fully with the dominant (nonreferenced group) on an equal platform. This article suggests the need for this robust regulatory approach-- but without fleshing out its legislative form--notwithstanding legitimate concerns about the potential impact on freedom of expression. The article is organised as follows.

Part II describes the publicity and other functions of Australian Trade Mark Registers and outlines the various roles trade marks perform according to trade mark theory, with a particular focus on the role of cultural and communicative interests in a trade mark system that is more commonly viewed as being concerned with economic regulation.

After setting out a brief history on the colonial and Commonwealth trade mark registration systems, Part III then documents examples of stigmatising trade marks--first racist and then gendered marks-- on colonial and Commonwealth Trade Mark Registers. In doing so, these marks are situated in their broader socio-economic, legal and historical contexts. This involves a brief discussion of gendered norms and prevailing prejudicial attitudes, particularly towards Aboriginal and Torres Strait Islander peoples, and paranoia towards the idea of an 'Asian invasion' that gripped early colonial and post-Federation Australia.

Part IV offers an insight into the real harm caused by discriminatory practices and representations of marginalised groups. These representations, then, should not be dismissed as merely unopposed products of their time or not harmful in context. The historical record in fact demonstrates that minority/stigmatised groups did object to stigmatising representations, but that these pleas were largely ignored by dominant societal interests. Finally, Part V concludes and identifies lessons that may be learnt by decision-makers in the Australian trade mark registration system.

This article offers a provocative exploration of Australian Trade Mark Registers with a view to challenging a widely-held view that such registers contain bland trade marks of interest only to traders and trade mark practitioners. In this regard, this article has argued that trade marks are not limited to 'badge of origin' or 'private property' roles: there is also a 'public discourse' or 'cultural' role recognised by commentators, and present since the inception of trade mark registration systems in public interest oriented provisions restricting the registration of scandalous marks. If we accept this point, then trade mark registration systems ought to regulate the interests of traders and the general public inter se.

From the vantage point of minority and marginalised groups, however, those systems failed in colonial and Commonwealth Australia. An examination of colonial and Commonwealth Trade Mark Registers demonstrates clearly that Indigenous Australians, Africans, Maoris, Native Americans, Chinese, and women (Black or White) were the subject of stigmatising registered trade marks. The historical record demonstrates that the protests and concerns of Aboriginal and other minority counterpublic spheres were largely ignored. Dominant commercial and other interests in the broader Australian public sphere appear to have drowned out these concerns.

While it might be contended that there is little benefit in commenting on the historical record through contemporary sensibilities, that approach, as convenient as it might be, is simply dangerous. Reviewing the history of trade mark registrations in Australia, at the very least, offers some important lessons. First, stigmatising registrations reveal the dangers of bureaucratic insensitivity to minority concerns and the potential for professional embarrassment. Second, shunning this history would be to once more ignore historical grass-roots protests against such representations and discount significantly the important role that historical Trade Mark Registers had in propagating and disseminating damaging stereotypes. As the Adam Goodes and Eddie Betts case studies above illustrate, racist tropes that manifest in the Register are not confined to their historical milieu, but rather remain an indelible part of the present-day lived experience for many marginalised communities, replete with their attendant injurious consequences. Finally, shining a light on the colonial and Commonwealth Registers' dark history underscores that the state should avoid setting its imprimatur on stigmatising trade marks, by at the very least, denying trade mark registration to such marks.

The contemporary Register of Trade Marks is no doubt vastly improved, insofar as it relates to racist registrations and official practice, but problems, which cannot be explored here, nonetheless remain. For instance, the Register reveals that misogynistic stigmatising marks often secure registration. In a trade mark registration system unsensitised to these concerns, one which prioritises the property interests in trade mark law and not the dignity of people by failing to appreciate fully a trade mark's cultural role, these outcomes are predictable, though not inevitable.