The Statelessness Problem of the Rohingya Muslims 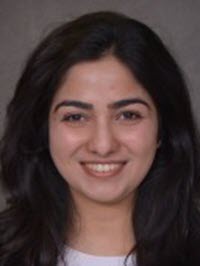 After finding that approximately ten million people worldwide are stateless, the United Nations High Commissioner for Refugees (“UNHCR”) launched the #IBelong Campaign, which seeks to end the global crisis of statelessness within a decade of its launch in November 2014, by identifying and protecting populations of stateless people and preventing further statelessness. The UNHCR is working with other UN agencies, state governments, civil society, and regional organizations to carry out a ten-part Global Action Plan to End Statelessness (“GAP”).

The #IBelong Campaign addresses the problem of statelessness by building off of the UN's previous efforts, which began in 1954 with the passage of the Convention Relating to the Status of Stateless Persons (“1954 Convention”) and further developed in 1961 with the Convention on the Reduction of Statelessness (“1961 Convention”) and in 1995 with the UNHCR's Global Mandate on Statelessness. These measures, taken as a whole, attempt to reverse the significant challenges arising out of a stateless status, such as a lack of basic identity documentation; a diminished access to education, healthcare, and employment; and general exclusion, marginalization, discrimination, poverty, and fear.

Of the estimated ten million people who the UNHCR has identified as stateless, 75% are from minority groups within the state in question. One such minority is the Rohingya Muslims in the state of Myanmar (formerly Burma). Although previously recognized as citizens, the Rohingya Muslims have been systematically denied citizenship and other rights since 1962, beginning under an anti-Muslim military regime and continuing under the current democratic regime. Systematic oppression has resulted in the Rohingya refugee crisis, where more than 671,000 Rohingya Muslims have fled their homes in the Rakhine State since late August 2017 in an attempt to save themselves from ethnic cleansing, mass killings, and other crimes against humanity.

First, this note will explain the UNHCR provisions and guidance on statelessness and the citizenship laws in Burma that create a stateless status for the Rohingya Muslims.

Second, this note will discuss how Burma's state actions have resulted in a refugee crisis for the Rohingya Muslims.

Finally, this note will propose possible remedies for the problem of statelessness for Rohingya Muslims in Burma and additional solutions for the current refugee crisis.

Despite the magnitude of the Rohingya refugee and statelessness crises, it seems unlikely for any solutions to be reached in the near future. Without permanent reform of the 1982 Citizenship Law, the Rohingya will continue to be persecuted in Burma, which will lead to further displacement and greater threats of genocide. Lacking the support of the United States and the rest of the international community only exacerbates the issue, as the Burmese government and its military are not being held accountable for their atrocities. Since national governments are unwilling to take action against Burma, and international organizations and agencies are limited by their resources and jurisdictional provisions, it is even more essential for private individuals and organizations to fill in the gaps and provide for the needs of the Rohingya Muslims.