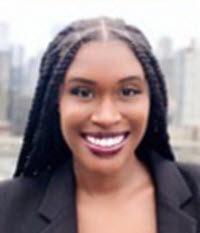 On May 2, 2020, New York Police Officers were at Avenue D and East Ninth Street in Lower East Manhattan, enforcing social distancing measures. In the process of implementing social distancing directives, they determined Donni Wright, a thirty-three-year-old Black man from New York, was not following the state's social distancing guidelines. During the encounter, a struggle ensued, and a bystander captured a video (that went viral) that depicted a New York Police Officer pulling a stun gun on Mr. Wright. The officer proceeded to slap Mr. Wright in the face and punch him in the shoulder before yanking him to a sidewalk and kneeling on him in a similar technique that would lead to George Floyd's death in Minneapolis a little over twenty days later. The violent enforcement of social distancing violations in minority communities, as opposed to the enforcement in more affluent neighborhoods, raised an old question regarding New York Police Officers' tactics in the enforcement of racially neutral policies on people of color.

The social media age has changed the perception of how many view law enforcement. This newfound perception through social media and technological advances has highlighted the failure of the United States to address “racially driven violence” perpetrated against minority communities by police officers. But overall, it has increased scrutiny into police interactions, especially amongst minority communities, creating greater accountability over police infractions that lead to the “serious injury or death of Black men and women.” Amidst a changing social climate involving police interactions, the outbreak of Coronavirus exposed growing concerns of disparity in policing stay at home orders.

New York was one of the first states to issue social distancing and stay-at-home mandates due to large infection rates between March and April 2020. The first case of COVID-19 in New York was confirmed on March 1, 2020. By April 10, New York state had approximately 161,807 confirmed COVID-19 cases, more than any country. Beginning in March 2020, in response to the rapid rise of confirmed COVID-19 cases, former New York Governor Andrew M. Cuomo announced a stay-at-home order which required nonessential businesses to reduce their workforce and prohibited all public gatherings.

Cuomo then enacted another order which required all individuals over the age of two, if medically permitted, to wear a face mask in public. Former New York City Mayor Bill de Blasio implemented Cuomo's executive orders and instructed the New York Police Department (“NYPD”) and various other city government agencies to enforce them. Following the implementation of the stay-at-home orders, de Blasio enacted a curfew that barred all individuals from being in public after 11:00 p.m. with exceptions for police officers, emergency medical technicians, firefighters, and other individuals deemed to be essential. The emergency order began on June 1, 2020, and concluded on June 2, 2020. Failure to comply with the curfew resulted in orders to disburse, and individuals who knowingly violated this order were guilty of a Class B misdemeanor. On June 7, 2020, de Blasio enacted an emergency executive order that ended another City-wide curfew imposed, and terminated the regulations related to the restriction of vehicles between certain hours.

Due to the continual spread of highly transmissible variants of COVID-19 despite social distancing regulations, New York imposed emergency executive order 225. This order entitled the Key to NYC required proof of vaccination for indoor entertainment, recreation, dining, and fitness settings, for both workers and patrons.

The enactment of emergency orders in New York created various concerns for individuals in minority communities. Because minority communities already had heavy police presence prior to the social distancing regulations, the newly enacted mandates raised concerns about race-related enforcement. Since the enactment of social distancing regulations, Black and Latinx New Yorkers have experienced a disparity in how NYPD enforced the emergency orders. Comparisons were quickly drawn between the enforcement of social distancing mandates and stop-and-frisk practices that were ruled unconstitutional in Floyd v. City of New York (“Floyd I”).

In July 2020, a case arose in the Southern District of New York alleging that “NYPD [had] engaged in racially discriminatory enforcement of social distancing directives in violation of three of the Court's prior orders related to unconstitutional race-based policing.” The case, Floyd v. City of New York (“Floyd II”), cited racial disparities in arrests and the issuance of summons in its emergency motion. It also alleged that the NYPD utilized excessive force in enforcing social distancing regulations. To remedy these alleged injustices, Plaintiff's requested four forms of relief. First, they sought a declaration that NYPD's enforcement of COVID-19 rules was a violation of the order in Floyd I. Second, they asked the court to direct a monitor to investigate and report on the legality of NYPD's social distancing regulations. Third, Plaintiff's requested an order to prohibit the NYPD from further social distancing enforcement pending a monitor report and the Court's determination. Fourth, they sought discovery from the City.

The impact of COVID-19 revitalized the use of over-policing instead of dealing with the public health problem. Moving forward, New Yorkers would be better served through the implementation of an independent monitor in conjugation with the input of impacted parties, to address needs within the community, as well as the use of the Police STAT Act to encourage transparency. Immediate removal of the NYPD from social distancing measures and future public health regulations must be implemented and community-based methods deployed as an effective alternative to punitive enforcement. By utilizing a community based-approach and increasing transparency into NYPD's interactions, all communities within New York are better equipped to effectively combat future public health concerns without additional risks to health and safety.