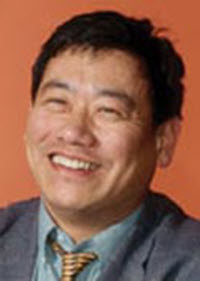 Over 2,100 reports of anti-Asian American hate incidents occurred in the three months from March to June of 2020. From March 19, 2020 to December 31, 2020, there were 2,808 first-hand reports of such incidents. Breaking down this total, 382, meaning approximately 136% of incidents targeted youth under twenty years old; 240, or about 7.3% of the total incidents, involved physical assaults; and 126, or 4.5% of all reported incidents, were directed at Asian Americans who were 60 years old. American women were attacked almost two and a half times more than Asian American men. The most ethnically targeted Asian Americans were Chinese, at 40.7% of reported incidents. From March 19, 2020 to February 28, 2021, the Stop AAPI Hate reporting center received 3,795 reports of anti-Asian hate incidents nationally. The AAPI (Asian American and PacificIslander) Emergency Response Network receiving over 3,000 reports “since it started tracking Covid-specific hate incidents” in 2020. The Anti-Defamation League compiled a list of cases that chronicles “surging reports of xenophobic and racist incidents”

Attacks of some Asian Americans were captured on videos that went viral. For example, disturbing surveillance video footage caught a vicious unprovoked attack, in which a man violently kicks an Asian woman, in her stomach and to the ground, shouting “(Expletive) you. You don't belong here” He stomps on her head and upper body three more times, as she lay defenseless in front of a building at 360 West 43rd Street in Manhattan at around 11:40 a.m. on March 29, 2021. The woman was hospitalized with “a fractured pelvis and contusion to the head,” while the man casually walked away. A man chased the attacker, who pulled out a knife to escape. The sixty-five-year old attacked woman, Vilma Kari, immigrated from the Philippines to America decades ago. In a reversal of roles, many Asians sought to protect their parents from hate. The police apprehended the thirty-eight-year old attacker early Wednesday, March 31, 2021 and charged him with felony assault as a hate crime. Decades-long debates remain over the rationales and effectiveness of hate crime laws in responding to violent bigotry.

Tiffany Yip, a developmental psychologist and chairperson of the psychology department at Fordham University, observed while “'Black families always have the racial talk,’ ... 'I'm not sure Asian-American families can avoid “the talk” any longer.”’ There is guidance based on research and practice for parents about how to discuss with teenagers Asian American discrimination in the COVID-19 era. There are also additional resources to help facilitate discussions with younger children about race and racism.

While this Article focuses on anti-Asian American racism, much of the Article's analysis also applies to discrimination, prejudice, and stereotyping based on race, ethnicity, gender, sexual orientation, disability, weight, and many other intersecting axes of privilege, domination, and oppression. This commonality does not deny the unique experiences, forms, and histories of prejudice, stereotyping, discrimination, domination, and oppression different ethnic groups, races, women, disabled, religions, cultures, and sexual orientations have faced. The commonality suggests that while different, all people are similar and may have privilege in some dimensions of their identities, while simultaneously be disadvantaged by some other dimensions of their identities. John Cho, a well-known Korean American actor, observed COVID-19 reminds Asian Americans of the conditional nature of their belonging in America. Cho wrote cogently,

If the coronavirus has taught us anything, it's that the solution to a widespread problem cannot be patchwork.

Never has our interconnectedness and our reliance on each other been plainer.

You can't stand up for some and not for others. And like the virus, unchecked aggression has the potential to spread wildly.

The introduction section of this Article starts off by recounting some relevant personal anecdotes about non-violent, verbal racism. The introduction analyzes the normalization of stereotypes and the related economic information-based theory of statistical discrimination. The introduction adopts a definition of racism from Critical Race Theory. The introduction also proposes the phrase, racism uncertainty, to describe the impact of animus-based racism whereby many encounter with strangers may be noisy enough to be unclear as to whether there is underlying racial profiling involved. Finally, the introduction introduces the phrase, racism contested, to describe an incident where some people view racism as being clearly involved, yet some people do not. In other words, even whether there was racism in an incident itself is contested among people.

This Article addresses racism directed towards Asians and Asian Americans. Part I demonstrates how Asians and Asian Americans, just like other ethnic and racial groups, have faced prejudice, stereotyping, discrimination, and racism throughout American history. Part II critiques respectability politics in response to racism. Part III examines how to utilize the power of humor to engage and reject non-violent anti-Asian American racism. An appendix considers how to achieve DEI (Diversity, Equity, and Inclusion) by empathy through personal perspective pivoting. A related, companion article analyzes challenging AAPI hate and resisting explicit, and so possibly violent, racism.

Despite the dominant, popular narrative about Asians and Asian Americans being the so-called model minority (for example, studious, hard-working, and excelling at mathematics), there is a long history of anti-Asian and anti-Asian American racism in the United States. Even before COVID-19, many Asian Americans felt that American media portrayed them, and other Americans saw them, as perpetual foreigners. Although racism towards Asians and Asian Americans was already a fact of life before the current pandemic, COVID-19 exacerbated such racism and the current American political climate increased public displays of such racism.

After the police use of excessive lethal force in the inhumane, unjustified killing of George Floyd on May 25, 2020, world-wide protests erupted in support of the Black Lives Matter movement. The killing of George Floyd, Ahmaud Arbery, Breonna Taylor, Tony McDade, Elijah McClain, Tamir Rice, and many other African-Americans by white law enforcement officers or white vigilantes are only the most recent examples of a centuries-long history of lethal violence against black people in America. As University of California, Irvine professor of political science and Asian American studies Claire Jean Kim observes, “Asians have faced various forms of discrimination, but never the systematic dehumanization that black people have faced during slavery and continue to face today.” Kim acknowledged and stressed the differences between experiences of Asian Americans (eg, citizenship hurdles, immigration bans, and internment camps) versus African-Americans (eg, lynching, segregation, and police brutality).

Educator Jane Kim wrote an impassioned essay about how Asian Americans can “embark on the lifelong journey to being anti-racist and fighting racism, especially when it comes to anti-Blackness.” Instead of letting ourselves be pitted against each other by such rhetorical devices as the model minority myth, all minorities should unite to combat structural, systemic racism, and also sexism because of the intersectionalities among race, gender, sexual orientations, class, disabilities, and physical appearance. America's two fastest-growing immigrant minority communities--Asian Americans and Hispanic Americans--have a shared literary aesthetic portraying the Cold War as it exploded across Asia and Latin America, uneven economic opportunities of the post-civil rights era, and similar roles in supplying labor to power global capitalism.

Many individuals throughout history have noted that human beings share much more in common than we have in differences. For example, recently U.S. Senator from New Jersey Cory Booker eloquently said, “The lines that divide us are nowhere near as strong as the ties that bind us.” Yet, some individuals and leaders emphasize individuals' differences to engage in blaming of others, conflicts, and scapegoating. The tribal-like rivalries that so many college alumni and professional sports team fans fervently engage in annually aptly illustrate how easily such zealous allegiances are formed and passed on to future generations. People are so often too easy to divide, almost for seemingly minor, arbitrary differences. Many political leaders thrive on corporate interests and profit from such divisive rhetoric, conquer and divide strategies, and emphasis about how people differ instead of are similar.

Racism is a form of willing ignorance about people who differ in their skin pigmentation. Racism is deeply ingrained into American culture, history, society, and economy. Overcoming racism requires cultural, economic, institutional, social, and organizational changes. In reflecting about what she learned from almost fifty years of conducting that exercise at corporations, educational institutions, and other organizations, Jane Elliott logically noted: “Love is not the answer to the problems of the--isms in our society; the answer is justice.” Overcoming racism also requires changing people's hearts and minds. University of San Francisco law professor Rhonda V. Magee offers a compassionate, embodied mindfulness-based, and pragmatic approach to confronting systemic racial injustice and proceeding to healing.

Lee Wong is a sixty-nine-year-old Asian American, who as chairman of the board of trustees meeting of West Chester township, Ohio revealed in a public meeting of the board, his chest scars from serving in the United States army. Mr. Wong movingly stated, “prejudice is hate. We need to be kinder, gentler to one another because we are all the same. We are one human being on this earth.” To overcome systemic racism, all of us must be willing to learn to be more caring, compassionate, empathetic, and mindful. With the introduction of COVID-19 vaccines, a new President, and the first Asian American, African-American, and woman vice President, there is reason to hope that Americans will be more caring, compassionate, empathetic, and mindful. This Article concludes with a hopeful, optimistic quote from Moises Velasquez-Manoff, a science journalist and the author of the book, An Epidemic of Absence: A New Way of Understanding Allergies and Autoimmune Diseases:

If we could begin to grasp the limits of the planet we live on, if we could understand that the earth itself is an island and that we are all dependent on one another for survival, perhaps we would see each other differently, too--and have less use for the very idea of race.