Immigrants and Interdependence: How the Covid-19 Pandemic Exposes the Folly of the New Public Charge Rule 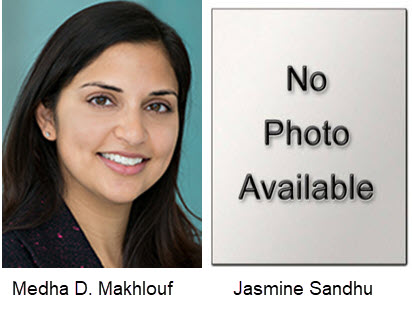 The COVID-19 pandemic is an unprecedented public health crisis in the modern era, and the United States has taken unprecedented measures to address it. Government officials have required or encouraged the public to practice social distancing and have ordered the closure of schools, workplaces, restaurants, and other "nonessential" businesses. The spread of COVID-19 and the extraordinary measures to combat it have brought to light the enduring failures of our human ecosystem, leaving people with the fewest resources at heightened risk of acquiring (and spreading) the virus. There is growing recognition that in order to combat the spread of COVID-19, supplementing the income of people living in or near poverty is as necessary as mandating social distancing. In late March 2020, Congress passed emergency legislation that expanded and enhanced existing means-tested public benefit programs in order to ensure that people can follow social distancing guidelines, self-isolate if they have symptoms or are exposed to someone with symptoms, and obtain appropriate medical treatment such as telehealth screening and COVID-19 testing. As the pandemic emergency continues into the fall of 2020, Congressmembers are engaged in protracted negotiations over legislation authorizing additional financial relief. In August, the White House issued four executive orders extending pandemic-related financial relief.

One vulnerable population that faces unique and disproportionate risks in this pandemic is noncitizens. Like many U.S. citizens, noncitizens work in low-wage positions that are considered essential and in which close contact with other people is unavoidable. These positions include home health aides, caregivers for children and the elderly, farmworkers, and warehouse and factory employees. Workers in these industries face a higher risk of exposure to the virus. Alongside citizens, noncitizens have also lost income due to reductions in hours and layoffs in the restaurant and retail sectors. Unlike U.S. citizens, however, noncitizens who are eligible for publicly funded health care and other benefits face a unique risk of accessing them: denial of immigration benefits.

Public charge is an immigration law that restricts the admission of noncitizens based on the likelihood that they will become dependent on the U.S. government for support. The public charge statute has always been a part of U.S. immigration law. Historically, the government rarely rejected applicants on public charge grounds. However, in August 2019, the U.S. Department of Homeland Security (DHS) finalized a regulation, Inadmissibility on Public Charge Grounds (the "public charge rule" or "new rule"), that would expand the application of public charge inadmissibility in several ways, thus transforming the operation of public charge law and potentially excluding many more noncitizens from becoming lawful permanent residents (LPR).

Under the new rule, a noncitizen's use of public benefits, including Medicaid, is a more significant (and more negatively weighted) factor in the public charge analysis. The effect of this change is to shift the focus of the public charge analysis from dependence on government support to any use of public benefits, "even in a relatively small amount or for a relatively short duration."

The new rule was scheduled to go into effect in October 2019 but, at the time of publication of this Essay, it was enforced for only a short period in the spring of 2020. This is because, immediately after the new rule was finalized, a group of states and advocates for noncitizens filed lawsuits challenging it on several grounds. They succeeded in obtaining preliminary injunctions temporarily halting implementation of the new rule. However, in January 2020, the U.S. Supreme Court stayed the injunction, allowing DHS to implement the new rule while the litigation proceeds. DHS began enforcing the new rule on February 24, 2020, but was blocked anew on July 29, 2020, when a federal district judge granted a motion for a nationwide preliminary injunction preventing its implementation during the COVID-19 emergency. Litigation challenging the new rule is ongoing and future court orders could permit DHS to implement the new rule once again.

Noncitizens who were subject to the new rule during the months it was implemented had to make the difficult choice of disenrolling from certain health-supporting public benefits or remaining enrolled but risking denial of future applications for LPR status. Noncitizens who may be subject to the new rule in the future face the same quandary. But this is not the major effect of DHS's dramatic reformulation of public charge. Rather, the new rule sows confusion among noncitizens about the relationship between use of public benefits and eligibility for immigration benefits. Many noncitizens, even those who are not subject to public charge, have declined to enroll in public benefits that provide health coverage or supplement budgets for food, housing, and other essentials out of fear of negative immigration consequences. The Trump Administration's proposed and enacted immigration policies can thus be blamed for a marked decrease in noncitizen enrollment in public benefits, even those that are not considered in the public charge analysis, like Emergency Medicaid.

To complicate matters, implementation of the public charge rule coincided with the Administration's first significant actions to prepare for an outbreak of COVID-19 in the United States. Based on their understanding of the public charge rule, noncitizens who hope to gain LPR status--the first step on the path to becoming a U.S. citizen--may be unwilling to seek treatment or testing for COVID-19 or to access public benefits in order to comply with stay-at-home guidance. The new rule leaves these noncitizens and the people with whom they live, including U.S. citizens, disproportionately vulnerable to suffering and possibly dying from untreated COVID-19. It also leaves them at heightened risk of food insecurity, homelessness, and other maladies linked with a sudden loss of income and increased exposure to infectious disease. The pandemic thus exposes the folly of the new rule by revealing its major effect: chilling noncitizens' use of public benefits that would support their health and wellbeing.

In Part I, this Essay describes how DHS's new rule shifts the focus of the public charge analysis from primary dependency on government support to any reliance on public benefits, however minimal or short-term. Part II examines how justifiable fear and confusion over the new rule, combined with the potentially severe ramifications of being deemed a public charge, has chilled noncitizens from accessing Medicaid and other public benefits. This chilling effect has persisted during the COVID-19 pandemic, even for public benefits that are excluded from the public charge analysis and among noncitizens who are not themselves subject to the rule. Part III then discusses the impact this rule will have on public health during the pandemic. Finally, Part IV dissects the steps that DHS had taken to temporarily ameliorate the negative consequences of the rule during its five month period of implementation and explains how they fall short.

On the cusp of what was believed to be the first COVID-19 death in the United States, the Trump Administration received permission from the U.S. Supreme Court to begin implementing its new public charge rule. DHS officials had ample evidence of the potentially devastating public health impacts of the new rule, but it is unclear whether they weighed those harms against the purported benefits of enforcing the new immigration policy. An impending outbreak of infectious disease is the most obvious manifestation of the ways in which the health and well-being of all who live in the United States is interdependent. Nevertheless, it took the proclamation of a national emergency to persuade DHS to act in the interest of public health and modify application of the rule. And it took a court order in the midst of a raging pandemic--with no end in sight--to compel DHS to stop implementing the new rule altogether.

The new public charge rule is one among many immigration laws and policies that have a primary or secondary effect of making life difficult for noncitizens. In immigration scholarship and politics, this is known as "self-deportation" strategy. The idea is to make noncitizens' lives so unbearable that they are compelled to leave the country. In other words, "cruelty is the point." Historically, this strategy appears in laws that make it difficult or impossible for noncitizens to access in-state tuition, student financial aid, and drivers' licenses; to work or rent living space; to call the police without fear of being questioned about one's immigration status; or to express one's cultural heritage by displaying foreign flags or speaking in languages other than English in schools and other public institutions. More recently, it appears as mass surveillance, arrest, and detention of noncitizens in sub- standard conditions; withholding federal funds from states that create "sanctuary" policies by refusing to cooperate with U.S. immigration authorities; and countless expressions of racial animus toward noncitizens.

Immigration policies that attempt to make life miserable for noncitizens as a sort of "test" or "ordeal" are a poor way to ration scarce resources and promote the common good. They overlook the reality that personal and mass disasters, emergencies, injuries, illness, and disability can disrupt anyone's best-laid plans and cause them to become dependent on others. The ties of interdependence between U.S. citizens and noncitizens run much broader and deeper than susceptibility to the spread of infectious disease. Understanding this fact enables us to recognize the new public charge rule for what it is: one element of a larger agenda to crack down on immigration enforcement and reduce spending on anti-poverty programs. If the United States continues to underprioritize and underinvest in the health of any segment of society, it is destined to prolong the COVID-19 emergency and repeat its tragically inadequate response to the pandemic during the next national emergency.

Jasmine Sandhu received her J.D. from Penn State Dickinson Law, where she worked as a Student Attorney at the Medical-Legal Partnership Clinic.