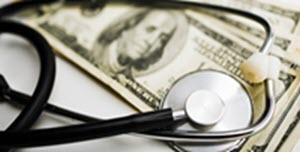 Civil rights activists have long called for monetary reparations to the Black descendants of Africans enslaved in the United States as a financial, moral, and ethical form of restitution for the injustices of slavery.

To estimate the impact of structural inequities between Black and white individuals, the researchers set out to capture the effect of reparation payments on the Black-white wealth gap in the state of Louisiana.

Their analysis, published online on Feb. 9 in Social Science & Medicine, suggests that if reparations had been made before the COVID-19 pandemic, the transmission of SARS-CoV-2 in the state’s overall population could have been reduced by anywhere from 31 percent to 68 percent.

The work was done in collaboration with the Lancet Commission on Reparations and Redistributive Justice.

“While there are compelling moral and historical arguments for racial-injustice interventions such as reparations, our study demonstrates that repairing the damage caused by the legacy of slavery and Jim Crow racism would have enormous benefits to the entire population of the United States,” said study senior author Eugene Richardson, assistant professor of global health and social medicine in the Blavatnik Institute at Harvard Medical School.

The disproportionate effects of COVID-19 on racial minorities—Black individuals in particular—have been well documented. Black people get COVID-19 at a rate nearly one and a half times higher than that of white people, are hospitalized at a rate nearly four times higher, and are three times as likely to die from the disease, according to the latest estimates from the U.S. Centers for Disease Control.

The greater disease burden among Black people has caused tremendous loss of life and unspeakable suffering across these already vulnerable and disadvantaged communities. Notably, these effects have also spilled over and are driving transmission rates of the virus in the overall population, the study authors said.

Addressing the structural inequalities at the roots of this disparity through monetary reparations would not only radically decrease the impact of COVID-19 among the people who received reparations, the authors said, but would reduce the overall toll of the disease on a broader scale, benefiting the entire population.
The findings, the researchers said, powerfully underscores the truly global nature of the pandemic and the notion that a society is only as strong as its most vulnerable members.

“If we extrapolate these results to the entire United States, we can imagine that tens or hundreds of thousands of lives would have been spared, and the entire nation would have been saved much of the hardship it has endured in the last year,” said Richardson, who is also the chair of the Lancet Commission on Reparations and Redistributive Justice.

For their analysis, the researchers paired sophisticated data analytics and computational tools with commonly used epidemiologic modeling methods to calculate the impact of structural racism on infection rates among Black and white populations in Louisiana. They chose Louisiana as an exemplar of the impacts of structural racism in the U.S. because it was one of the few states that reported infection rates by race in the early stages of the pandemic. For a control group, the researchers chose the relatively egalitarian population of South Korea.

The researchers noted that although modeling is used to understand many factors in the spread of an infectious disease, such as differences in infection risk based on whether passengers on a train sit with windows open or closed or individual variations in mask-wearing habits, it has rarely been used to capture the effects of social factors that can create vast disparities between populations, such as those seen between Blacks and whites in the U.S.

Richardson’s recent book Epidemic Illusions explores the ways conventional epidemiology is constrained from proposing solutions that address the root causes of health disparities derived from the combined weight of centuries of racism, imperialism, neoliberal politics, and economic exploitation. One of the goals of the paper is to challenge the narrow ways people who work in medicine and public health measure and think about problems and solutions and to broaden the public imagination, thus opening new conversations about what challenges and opportunities are worth considering in global health and social science, Richardson said.

The study examined the initial period of the outbreak, before infection control measures were implemented, so any differences in infection rates between populations at that time would have been driven mainly by differences in the social structures, the researchers said.

For example, Louisiana has a population heavily segregated by race, with Black people having higher levels of overcrowded housing and working jobs that are more likely to expose them to SARS-CoV-2 than white people. In comparison, South Korea has a more homogenous population with far less segregation.

To probe how such structural inequities impact transmission of SARS-CoV-2, the researchers examined infection rates over time for the first two months of the epidemic in each location. During the initial phase of the outbreak in Louisiana, each infected person spread the virus to1.3 to 2.5 more people than an infected individual during the same phase of the outbreak in South Korea, the analysis showed. The study also showed it took Louisiana more than twice as long to bring the early wave of the epidemic under control as South Korea.

Next, the researchers used next-generation matrices to gauge how overcrowding, segregation, and the wealth gap between Blacks and whites in Louisiana could have driven higher infection rates and how monetary reparations would affect viral transmission.

The model showed that greater equity between Blacks and whites might have reduced infection transmission rates by anywhere from 31 percent to 68 percent for every person in the state.

This research comes at a time when many Americans are already thinking about the larger societal costs of structural racism, the researchers said. They noted, for example, that the nationwide movement to protest police brutality against Black people has been fueled by many of the inequitable outcomes exemplified so painfully by the coronavirus pandemic in the U.S.

“This moment has made it possible for a lot of people who had no reason to think about these inequalities to be very aware of them,” said study co-author and Lancet reparations commissioner Kirsten Mullen, who was a member of concept development team for the National Museum of African American History and Culture.