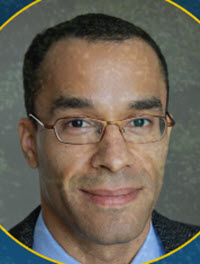 In response to the global coronavirus pandemic that raged through 2020 and into 2021, schools, colleges, and universities made drastic and rapid changes in how they admit, assess, and support their students. Large school districts modified assessment regimes to reduce the likelihood of failing grades as students struggled with remote learning. At least one school board voted to cease inclusion of nonacademic factors in grades, aiming to address concerns that disparities in grades along lines of race might reflect bias. Another decided to promote all students to the next grade regardless of academic performance. Colleges, universities, and law schools modified their grading policies, shifting away from the traditional A-F scale to a pass/fail model. Schools, colleges, and universities swiftly moved to provide expanded technological support to students to enable all to access educational offerings remotely, and provided augmented mental health support to help students cope with the anxiety and stress of pandemic learning. States suspended the bar examination for would-be lawyers and the Association of American Medical Colleges canceled administrations of the Medical College Admission Test. The entities that administer the SAT and ACT postponed the tests. And in May 2020, the Regents of the University of California (the Regents) voted to end the era of the SAT and ACT in undergraduate admissions, essentially making permanent a temporary suspension of the testing requirement implemented several weeks earlier, and joining the growing ranks of selective institutions that have dropped the tests. This move by the University of California (the University) provides the case study for this Essay.

The public health justification of the sudden and swift changes in higher education policy, many of which implicate strongly held ideas of what constitutes academic merit, is obvious: The virus that has sickened millions, as of this writing killed more than five hundred thousand in the United States alone, and shut down broad swaths of the nation's, indeed the world's, economy. To compel students to gather in proximity, forcing them to risk infecting each other with the potentially fatal COVID-19 virus, under conditions provoking exceptional stress and anxiety, must have struck the Regents as unfair and relaxing the requirement, a necessary modification.

But the move also recognized inequality among students. The shift in policy by the University sought to “'ensure prospective students aiming for UC get a full and fair shot--no matter their current challenges,”’ the president of the University, Janet Napolitano, said in a statement accompanying the announcement of the temporary suspension of the test requirement. To maintain the testing requirement would have both penalized some students whose failure to comply would reflect not a personal lack of merit but instead the disparate impacts of a national disaster, and threatened the health of other students--and their families--who might attempt to take the test when they should have stayed safe at home. In light of the lack of student culpability and in response to a public health emergency, the suspension of an admissions requirement that otherwise would be used to help determine who would be admitted to the University caused hardly any controversy.

Yet at a deeper level, the move to abandon the tests also constituted a remarkable and remarkably swift shift in institutional attitude toward previously untouchable, unyielding rituals of higher education admissions. Virtually overnight, institutions previously hostile to reforms intended to promote equity in access, despite widely recognized disparities in opportunity, began openly prioritizing fairness for students more severely affected by the pandemic and ensuing economic shutdown.

Because of the deeply held conviction that admissions decisions reflect assessment of individual applicants relative to each other, college and university officials have not necessarily wanted to discuss a policy to respond to the inequality among applicants. In this view, the admissions process properly glorifies inequality by admitting applicants who are by some measure, such as test scores, more able and prepared. In normal circumstances, compensating for inequality among applicants would run counter to this meritocratic ideal. University officials were forced to confront these inequalities in response to the pandemic--some applicants had already taken the tests, others had not and now could not; some had resources enabling academic progress while isolated at home, others did not, to name just a few dimensions. The health emergency forced university officials to act and gave them the opportunity to create a more equitable system, demonstrating that equity can be the guide in university admissions, and that the choice to keep or change admissions policies is a political one.

This Essay explores the reasons for and the implications of suspension and abandonment of the standardized test requirement. The shift in policy highlights the contingent nature of merit and opens the door to deeper rethinking of what selective public institutions of higher learning do and should value. The pandemic destabilized a widely used and accepted tool that maintained hierarchies of students and the institutions they attended because the impact of the coronavirus introduced a new variable to the calculation of merit: However, to maintain a hierarchy, “you need to measure everyone on a single scale; the moment one begins to introduce more than one criteri [on] (refinement, rationality, money, grace, etc.) into the Great Chain of Being, the whole thing falls apart.” The new consideration--unequal effects of the impact of the pandemic--undermines the credibility of any others.

The University of California offers a compelling case study. In April 2020, at the beginning of the pandemic, the faculty government mounted a staunch defense of the role of the SAT and ACT in the University's undergraduate admissions. Less than a month later, the UC Regents rejected this position, deciding to remove the SAT and ACT from the admissions process. The health threat reordered priorities, showed that longstanding notions of merit were neither absolute nor inviolable, and created an opportunity to prioritize fairness. The decision by the Regents shows that selection of criteria for determining whom to admit is, as Lani Guinier argued more than fifteen years ago, a political decision. That means that policymakers, like the Regents, can choose to emphasize equity for students.

Selective college and university admissions decisions do not rest solely on objective measures of academic excellence, however defined. Nor have they in the past, either. Test scores, like grades, extracurricular activities, athletic ability, socioeconomic status, volunteer work, and other applicant activities and characteristics, all play a role in admissions decisions to varying degrees for different applicants, because they are regarded as indicators of actual and potential excellence and as evidence of likely contributions to a university. Consequently, selective institutions value these metrics for the information they may contain, not because they have independent and intrinsic meaning. The question of how much weight to give to any admissions criterion must be resolved by recourse to some external set of values, valorizing academic excellence, or diversity, or procedural legitimacy--or, as actually happens, an opaque, muddled, and inarticulate mixture of these and other goals.

This Essay aims to untangle these objectives by identifying the implications of recognizing the new concern about protecting public health. The analysis that follows, which is intended to facilitate a more precise public debate on admissions practices proceeds in three Parts. Part I briefly provides context for the move by the Regents, describing the University's response to the disparate effects of the global health emergency, then contrasting that response to years of little or no action to address enrollment disparities along lines of race and class. Part II undertakes the task of disentanglement, identifying the different goals pursued through the admissions process of the University and addressing the perception that goals like equity, diversity, and academic excellence inevitably conflict. Part III contends that once goals other than admission of high-scoring students are accepted, the normative justification for assigning any weight to standardized test scores collapses. Part III further argues that in light of historical disparities in higher education access and the role that test scores have played in justifying those disparities, the force of arguments for pursuit of values like inclusion, representation, and democratic legitimacy, increases. The pandemic has created an opportunity to reconsider and redesign admissions, with a goal of realizing a vision of equitable excellence.

The pandemic enabled reform to undergraduate admissions practices at the University of California because the impact of COVID-19 so convincingly demonstrated the weakness of justifications of disparities along lines of race and class. Suspending the use of standardized test scores in admissions followed recognition that a narrow conception of academic excellence is neither necessary nor sacred. The Regents of the University of California decided that applicants' SAT and ACT scores were not essential in choosing whom to admit; the Regents' decision showed that the goal of admitting students with high scores was contextual and could be abandoned to pursue other goals. The threat of COVID-19 has made more likely the adoption of an admission assessment that does not penalize students who historically were excluded from opportunity. One result may be the enrollment of a student body that looks more like the population of California. Calamity, in short, created opportunity.