A Dose of Dignity: Equitable Vaccination Policies for Incarcerated People and Correctional Staff During the Covid-19 Pandemic 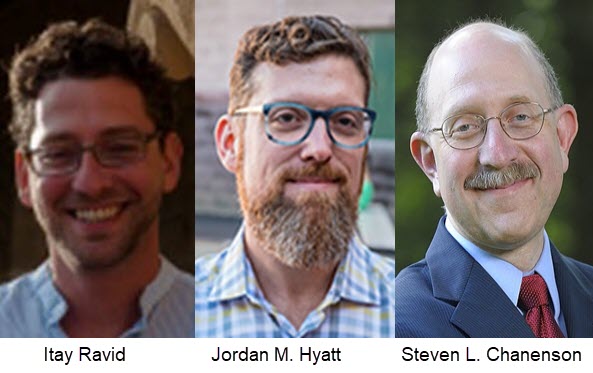 Prisons and disease have been intertwined for centuries. The situation surrounding the novel coronavirus SARS-CoV-2 is no different. This pandemic has challenged the entire world and uniquely impacted the carceral systems. As an international leader in incarceration, the United States faces some of the most severe challenges. Data from the early days of the pandemic show that incarcerated people and staff are at heightened risk. Furthermore, this situation also puts communities outside the walls at risk. The rapid emergence of vaccines presented opportunities and obligations. The United States' response has been fragmented, inconsistent, and, at times, ugly. How a society treats these vulnerable individuals “will serve as a mirror, reflecting a stark image of our strengths and fears back at us all. We can then ask--and answer--who are we and what do we stand for?”

Since its emergence in 2020, the COVID-19 pandemic has dramatically impacted almost every facet of daily life. This Essay explores how the United States responded during an acute period of crisis within the larger public health emergency. It was a trial of our political will and moral courage. What happened when vaccines were in short supply and the rates of infection and death were terrifyingly high? While recent months have dramatically increased the availability of vaccines, not too long ago the nation experienced a scarcity in vaccines supply which forced states to make difficult prioritization decisions.

For purposes of this snapshot, think back to March 2021. According to the Johns Hopkins Coronavirus Resource Center, 2,771,260 people had died from the virus globally; shockingly, about 20% of all these deaths (548,489) had taken place in the United States. There are myriad factors that allowed this pandemic to fester in the United States, including unique political, historical, and long-standing public health challenges. Unlike many other developed nations, there was not a uniform national response. Encouraged by principles of federalism, state-level policies regarding the prevention and treatment of the virus were developed independently. With the availability of highly effective vaccines, this intra-state variation resulted in the implementation of a wide array of state- and local-level vaccination strategies. Though generally animated by broad ethical principles, policies were localized and reflected practical and value-driven assessments about who should receive a vaccine and when. These policy decisions had dramatic implications for the health and welfare of millions of incarcerated people and correctional staff across the nation.

Within the vaccination policy landscape, the treatment decisions surrounding individuals who were incarcerated have perhaps been the most controversial and contentious. Stemming from the nature of their living arrangements--confinement to a correctional institution after having been convicted of a criminal offense--these individuals faced distinct risks and often lacked access to many common, disease-fighting resources. For this reason, and just as vaccination policies were being designed, the National Academies of Sciences, Engineering, and Medicine (NAS) released an advisory framework for vaccine distribution. In an attempt to balance utilitarian and ethical principles, NAS determined that incarcerated people should receive the vaccine early. States, however, incorporated this guidance into their regulations in radically different ways.

Through an illustration of the omissions in states' adoption of vaccination policies, this Essay captures the landscape during this tumultuous time and analyzes data related to the implementation of nationwide vaccination policies within prisons. As our data suggest, many states followed the path offered by the NAS regarding correctional staff but some either excluded incarcerated people from early phases of the vaccine rollout or simply excluded them from the plans altogether.

We argue against the idiosyncrasy of states' policies regarding vaccinating people who live in prisons and claim that the NAS's approach is not only ethically commendable but also reflects legal commitments grounded in Eighth Amendment jurisprudence. As the U.S. Supreme Court has written, “A prison that deprives prisoners of basic sustenance, including adequate medical care, is incompatible with the concept of human dignity and has no place in civilized society.” Given these legal and ethical commitments, we call for the incorporation of the letter and spirit of the NAS's rationale into current--and future--state-level vaccination policies.

While our collective memory might already consider vaccinations a “problem of the past,” this Essay suggests otherwise. We should fight the tendency to quickly lose interest in issues that seem to be superficially resolved. Specifically, we suggest that the deprioritization of incarcerated communities in the midst of one of the most severe health crises of modern times should be emphasized and discussed. First, simply because it could have saved lives. Second, because our society is judged by how it treats incarcerated people not only under regimes with an abundance of resources but also, and maybe even more so, in times of scarcity. The policies adopted by many states during the early vaccination phases reflect the latter and should serve as a warning sign for the way we treat one of our most vulnerable communities-- incarcerated people. Finally, not only that the COVID-19 pandemic does not seem to disappear, it is also unlikely to be the last public health crisis that society- and prisons- will ever endure. When well-illuminated, the failures in this instance may serve as a foundation for developing future policies that will better protect vulnerable, incarcerated individuals.

This Essay proceeds in four parts. First, it provides an overview of the interactions between COVID-19 and the penal environment. Second, it presents original data on state vaccine plans as of the middle of February 2021. Next, it offers an overview of the constitutional and moral obligations to address COVID-19 in prisons and, particularly, the significance of Eighth Amendment jurisprudence for states' commitments to vaccinate incarcerated people. Finally, and based on these obligations, the Essay concludes with recommendations for the future. And the future is near.

Reasonable minds can differ as to the relative order of groups receiving a vaccine. People who live and work in prisons should be treated at least as well as similarly situated people outside of prisons. A good analogy for prisons is to long-term care facilities in the community, often recognized by states as people living in a form of a congregate setting. The residents of both types of institutions are not free to leave and are cared for by people who move in and out of that otherwise closed environment. The United States has failed to act on this stark equivalence. The key is to consider the scientific, public health advice (as opposed to political calculation) for the population at large and apply it equally and in recognition of society's constitutional and moral obligations.

The current improvement in access to vaccinations should not mislead us to believe the issue is of no concern. First, COVID-19 is unlikely to fully disappear in the foreseeable future. The virus is likely endemic. Moreover, it is mutating and as the new increase in cases with the spread of the Delta variant reveals, it poses challenges for vaccine makers striving to avoid future outbreaks. Indeed, it is uncertain whether and when another wave of vaccinations will be required to fend off the virus. In other words, we will face the problem of vaccine allocation again, either with this disease or a new form of infectious contagion. Second, viewed as a stress test for the criminal justice system, and as illustrated by our data, the COVID-19 vaccine process goes beyond these specific circumstances and has highlighted deep fissures in our body politic. As a society, we cannot seem to look beyond the punishment for crimes committed, nor do we accept fully our responsibility for the well-being of incarcerated individuals and those hired to care for them. Third, we, as a society, will one day confront another virulent pandemic or public health crisis. The errors and oversights within our response to COVID-19 should serve as a foundation for the creation of public health policies that will not overlook people who are incarcerated.

We far too often still struggle to think about prisons. Justice William J. Brennan, Jr. neatly framed the problem almost thirty-five years ago: “Prisoners are persons whom most of us would rather not think about. Banished from everyday sight, they exist in a shadow world that only dimly enters our awareness.” But public policy cannot remain disinterested, especially in light of the immediate threats to the health and well-being of incarcerated individuals during the COVID-19 pandemic. After all, it was Justice Anthony M. Kennedy who scolded the American Bar Association in 2003 for just that sort of apathy. He could have been talking about vaccination policy when he said that these issues are “the concern and responsibility of every member of our profession and of every citizen. This is your justice system; these are your prisons.”