Resisting Arrest and Racism - the Crime of "Disrespect"

Maybe all she had left
when her words ran out
was this smack of action.
Maybe her heart is a charred city,
charmed city
Her son, her last ember.
We take her footage into our
eyes and mouths, add our own
soundtrack and lean political. 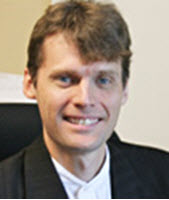 John Hill is a poor black man, his body covered in burn scars. He was riding his bicycle down Alston Avenue in Durham, North Carolina to his job at a convenience store. As he neared the intersection at North Carolina Central University Law School where I teach, he saw the light was red. Having cycled through the intersection many times on his way to work, John timed his pedaling perfectly so that the light turned green as he entered the intersection. A Durham City Police Officer, Officer Daniels, saw John and initiated a traffic stop for entering the intersection while the red light was still red. Officer Daniels was a member of Durham's High Enforcement Abatement Team (HEAT) charged with drug enforcement and investigations. He was not a regular traffic control or patrol officer. Officer Daniels' job was "handle crime hot spots,"' and not issue traffic tickets. Officer Daniels exited his vehicle and violated protocol when he did not have the audio microphone running on the recording equipment. But, the video dash cam in his patrol vehicle captured the incident. As Officer Daniels approached John, John tried to explain that he did not run the red light. He told Officer Daniels he was on his way to work, and timed the entry into the intersection as it turned green. Officer Daniels informed John that a dash cam (video recorder) in his vehicle was recording their interaction. John suggested that they look at the video as proof he did not run the red light. Officer Daniels began yelling at John to sit down. After yelling at John for 60 seconds, Officer Daniels threw John to the ground and placed him in a take-down hold. John began yelling, "I can't breathe!" Other officers arrived at the scene and piled on John. During the attack on John, officers busted his head and fractured his arm. Officer Daniels arrested John and searched his backpack, finding nothing. Then he took John to the Durham County jail where he was booked for two charges: running a red light on a bicycle and resisting, delaying, or obstructing a law enforcement officer in the performance of his duty.

At trial, the officer testified he never heard John yell he could not breathe. He also said John Hill came at him and threatened his safety, but the video clearly showed that John stood on the curb and never approached the officer. Chief District Court Judge Morey dismissed the resisting charge on the grounds Officer Daniels used excessive force saying, "I don't see that there was any reason to place hands on him. I didn't see aggression. There was much inconsistency from what we could hear and what we could see. He was slammed."' The judge also found reasonable doubt and acquitted John of running the red light. This article explores how police use the charge of resisting arrest as a form of racial oppression rather than keeping communities safe. This particular practice must be understood within the larger context of racially divided communities, and the long history of defining "insiders" and "outsiders" within our society based upon wealth, privilege, and race. In our tortured racial history, the concept of race has been used as a tool to control and extract wealth from poor workers. To maintain racial and economic control over black people, our society has employed a variety of tools of social control.

For example, after the end of slavery, white communities used the practice of terror lynching to control black people. "Lynching was the white community's way of forcibly reminding blacks of their inferiority and powerlessness." A black person could be lynched for looking at a white person "in a manner regarded as disrespectful." The great crusader against lynching, Ida B. Wells, identified several aspects of lynching as a form of racial control which help explain how police practices described here follow a similar pattern of violence as racial social control. In her critique of the practice of lynching, Wells showed that although white people "justified" lynchings on the grounds that the black person had "raped" a white woman, this was really a false pretext and that the black person's real "crime" was disrespecting white authority. The fabrication of a "crime" justified the violence against the black person in order to punish disrespect and make an example of the black victim to control the black community. White defenders of lynching wrote that having left slavery, black people had become insolent, lacking "manners," and dangerous to white people. The white supremacists argued that if black people just showed "self-respect" and were courteous toward white authority, there would be no racial problem. It was therefore appropriate according to white supremacists to burn, torture, and kill black people in order to control the whole group, even if innocent black people "must suffer for the guilty." Wells showed how institutions of "religion, science, law, and political power may be employed to excuse injustice, barbarity and crime done to a people because of race and color." In addition to showing how violence against black people was justified by a false pretext of criminality and was committed as a form of community control, Wells showed how this form of racial violence harmed the rule of law, there being no "punishment by law for the lawless." The unwritten social law of racial lynching made a "mockery of law and justice" by disarming black men, locking them up in jails, where they could be seized by the mob. There was no one to protect black people from racial violence because the justice system was complicit in the racial violence. Further, even African American leaders, ministers, newspapers "counseled obedience to the law which did not protect them." This article explores how police fall into a similar pattern of racial control when they use the charge of resisting arrest to punish disrespect from black people. First, the police fabricate a justification to detain or take the black person in custody as a pretext for control, using force for even the most minor offenses or when there has been no offense at all. Then when the black person protests or resists the illegitimate use of authority, the officer punishes the black person with a forcible full custodial arrest. Sometimes these incidents escalate the use of force and black people are beaten, tasered, or even killed. In the most extreme recent case, a white officer shot and killed a fleeing black man in the back and planted evidence. And, the jury was unable to convict the officer even though the incident was caught on video. This was a modern day lynching. The impunity with which officers inflict violence upon black people is essential to the fear and terror necessary for racial oppression and control. Members of the black community see that they are powerless at the hands of police misconduct, and counsel their children to be obedient to police who are not protecting them. As a result of these kinds of encounters, the rule of law is diminished as communities of color lose respect for the law which does not protect them from police misconduct. This article explores how the purpose of resisting charges is not public safety, it is a form or racial control targeting people of color who "disrespect" authority. The particular practice of punishing black people for disrespect with resisting charges is one expression the broader policy of the "war on drugs," which has really been a war on poor communities of color. This failed "war on drugs," has led to the mass incarceration of black people - another form of racial control. In addition to exploring the racial underpinnings of resisting charges, this article also suggests legal strategies lawyers can use to defend these charges. You will find here ideas for preparing for trial, authority for motions, and common patterns in litigating these cases. Defending these cases in court not only serves victim of racial oppression, but also helps support the broader movement to expose and remedy systemic racism in our court system. Finally, this article tries to find pathways to reimagine and reorient policing to focus on public safety and end racial disparities in policing.

The charge of "resisting, delaying, or obstructing" (RDO) is a law enforcement tool used to punish non-cooperative suspects. The offense is not used to protect officer safety or promote public safety, but instead officers use the Resisting charge as a discretionary tool to suppress dissent and penalize vulnerable arrestees. The Resisting charge epitomizes the way that policing of poor people and people of color is more about social control than public safety.

This kind of situation happens repeatedly in my community and around the country, sometimes with deadly consequences. It deserves careful attention and understanding from multiple points of view. It is layered with psychology, history, culture, economics, politics, and the law. The fundamental values at stake are described as "respect" or "trust," concerns of "officer safety" and "racial profiling," "equal protection of the law." Although people can demonstrate respect even when there is none, police can only earn real respect over time with demonstrated fair treatment and professional integrity.

Not all officers behave this way. Some of them do not stretch their authority to its limits, and then assert their power in arrogant disrespect. Unfortunately, some defenders of this police behavior minimize this symptom of systemic racialized oppression by individualizing the problem - police misconduct is a matter of "a few bad apples," they say. These apologists forget the full aphorism, "a few bad apples spoil the barrel." This behavior is not the result of a few "bad apples," it is police power used to control people of color, rather than keeping communities safe. Officer Daniels did not throw Mr. Hill to the ground and injure him for the sake of public safety. He did it to control Mr. Hill. Such contested police encounters offer an opportunity to not only explore and remedy some of the failures of our criminal justice system but also the persistent racial inequities in our society.

Scott Holmes is a Clinical Assistant Professor of Law at North Carolina Central University, where he supervises the Civil Litigation Clinic and teaches classes