On Obsessions or When Being Black Is Not Enough! (1998) 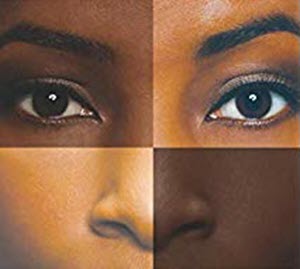 When I was growing up our obsession was skin color. You were a good skin color if you were "paper sack brown" or lighter. My foster mother made a comment to me that my sister, brother and I were close enough to being "paper sack brown" that we would be okay. She said, "you are lucky that you aren't very dark skin".

When I was nineteen (and working at her bar) I met a young man in service whom I like a lot. He was very dark skin - "blue-black". He had a friend who was "so light he could be white". My mother was beside herself. "Why", she asks "do you have to like the dark one?" "If you have children with him" she shouted, "they will be too dark!" I remember saying to her: "The Blacker the berry the sweeter the juice." And she retorted - "Yeah, but who wants diabetes"

Yet, being too light was also a problem. . . black people would accuse light skin people of "thinking you were white." My birth mother's family could claim multi-racial status if they were of this generation. My mother died when I was really young. But I recently comment to an aunt that all of them except one married very dark men. . . . . "how did that happen?" . . . I asked... My aunt said, "I don't think it was deliberate. . . but it was hard growing up light skin in the 20s and the 30s. Being light skin can mean being too dark for whites- too light for blacks.

. . I first notice the resurgent of the obsession over skin color on television (about 10 years ago). "Have you noticed" I commented to my son Tshaka " that on MTV all the black women are very light skin and all the black men are very dark. What's with that? Have you notice that except for comics and singers black actors are pretty much limited to light skin women, dark skin men?" Then I notice the personal ads... "Wanted professional black men (honey tone)."

. . So, being "black and proud" is fading to "if you are black step back". . . And we disguise our obsession in the trap of ancestry... "I am African, Native, Italian", we announce proudly. . . Who isn't I think? Black people by definition are mongrels.

African American - a made-up name - for a made-up people. True Africans have tribal connections... We were snatched, sold, stolen from different tribes. We were forced to develop kinship relationships with people whom we had nothing in common but the color of our skin. We were forced to give up language, religion, customs and all apparent signs of our former culture. Over the years into our rank came any person who had "one drop" of black blood. Our collective ancestry includes every ethnic, national and racial group on the face of the earth. Our defining factor is our black ancestry and our culture born out of American racism and slavery.

But slavery and racism have made us obsess with color. Where the benefits of society is distributed by skin color. . . then we want more. . .

Where jobs and resources in a society are distributed based on color? Not just black and white but shades of black? We want more. . .

What we are, is not good enough...

Like the hungry orphans in David Copperfield  - we want more

"Can I have more please?"

Obsessed with skin color, ancestry, full of self-hate and self-doubt.

So we let our children divert us into obsessive conversation about who or what is Black. Children, who may be grown, but "who wouldn't know how to pour piss out of their boots if the direction says turn straight down", not because they aren't intelligent, smart and capable (they are) but because they haven't had life experiences to temper their ramblings.

Our children, many of whom have been sheltered and protected... Our middle-class, over-educated, overprotected children... foolish children. Who tend to forget that they are just one white person's breath away from being "just another nigger". . . from one paycheck away from being poor.

Everyone comebacks eventually. . . even if it is for a short period.

OJ came running back to his family.  Clarence Thomas. . brought out the image of lynching a black man when . . .

Everyone eventually comes back. . . even if it is merely a self-serving moment.

When I hear individuals talk about their lack of identification with African Americans.  I think - - Wait.

But what's our excused.  We aren't young.  Why are we obsessed with what he calls or does not call himself. . .

My niece. . decided when she was eight that she didn't want to be called Kuya. . she wanted a name like the other kids. . so she started calling herself "Mary" We did not obsess over her comment. . . we saw it for what it was... a child not wanting to be different. . We laugh... teased her little bit. .. and continued to call her "Kuya" all her friends called her Mary. Now Kuya is 23. She is proud of her name and has named her daughter Rukiya. . . I laugh .. I asked her. "I thought you would have named her Mary." She laughed. . . and said... "Oh that was just a phase"

Why have we obsessed with what a child calls himself?  Is it because it is our obsession too. As a culture, we are still young. African Americans are the youngest culture on the face of the earth. We were only born into being in the last 300 years. We are still growing and developing and defining. Perhaps it's not an obsession but normal growing pains?

Of course a person can call himself (or herself) whatever she (or he) wants?  It doesn't change who she or he is?

We can call ourselves whatever we want  "nigger, Negro, colored, black, African-American"  it doesn't change who we are.

When white people kicked their children out because they had a drop of black blood  . . . we accepted them

When Natives kicked their children out because they had a drop of black blood  . . we accepted them.

When Asians kicked their children out because they had a drop of black blood  . . we accepted them.

Whatever our ancestry. . . we should be proud to claim being black.

There are no others like us on the face of the earth!!