Welcome to our African and American Brothers and Sisters

The New Horizon Conference (NHC) this year is dedicated to number of subjects the first of which is a review of police brutality towards blacks in the US. This event will take place in the early fall. We have decided to call it "On the Brink". The 2nd NHC will follow in the early winter, its subject being announced at the end of the fall conference. 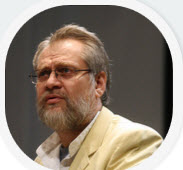 Today one witnesses a blind brutality that can be only seconded by an extreme example, that of Daesh or ISIS. Police confrontation with ordinary colored citizens has taken a wicked turn in the past decade. Experts however believe it has always been this way the only difference being the social media's massive reflection.

The NHC aims to gather black American thinkers, writers, activists on the subject bringing to close proximity the free thinkers of the racial violence in the US with the masses and the  academia in Iran, a country that has withstood US hegemony for the past 36 years and has been punished for it accordingly.

We believe that Malcolm X and Dr. Martin Luther King, the two great thinkers and activists of our age announced the need   for a revolution to come. They too were punished accordingly. By the mid seventies the Black Panthers movement tried to carry the torch as for as it could carry despite lack of leadership. Talk of revolution and the need for change peppered their speeches and statements but to confront the great enemy that surrounded them everywhere was impossible. The enemy seemed impervious. It was in 19679 that another true revolution appeared on the other side of the globe, one that really did confront the enemy. Iran, confronted the enemy, closed its embassy, and was punished by a war in which all the super powers including the USSR massed behind Saddam Hussein, a vulgar thug in the region! This event was totally marginalized and censored by the US media to cover up the fingerprints. The total censorship of this eight-year war can be compared to the massacre at a smaller scale that took place in Tulsa Oklahoma in the early 20s when American Blacks who were economically successful and were entirely annihilated and censored from the pages of history books.

Today after 36 years it is time black leaders, thinkers, activists, and artists meet the Iranian enthusiastic counterparts. This is the first event of its kind. It is a sincere effort not a governmental event. It hopes to continue and simmer. We seek to share ideas and to grieve of oppression. We have invited a wide array ofguests and hope to see them in different events: on television, with student groups, not only in Tehran but throughout the cotintry. The revolution of the Mostadzafeeen "the Oppressed" was what the founder for the revolution talked about here. It is time that we talk with one of the most oppressed people in the history of modern times and an oppression that has lasted over 3 centuries.

We welcome our African and American brothers and sisters who step into our country to take them around, to see for themselves what Iran is all about, and to prepare them for a common future.