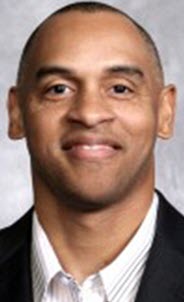 In 1844, Macon B. Allen successfully passed the bar examination in the state of Maine. In most historical contexts, this would have been fairly uneventful news. Allen's successful exam performance, however, enabled him to become the first African-American lawyer in the United States. While there is little documentation of his personal reaction to this landmark achievement, one can be fairly certain that he hoped his accomplishment would open the door for future African-Americans in the field of law.

Mr. Allen was able to attain his legal education through an apprenticeship with practicing attorneys in Maine. Four years after passing the bar in Maine, the Governor of Massachusetts appointed Allen as a justice of the peace, making him the first black to serve in any judicial capacity in the country. At the time, still nearly twenty years before the beginning of the Civil War, the majority of the country's African-American citizens were still slaves. It was illegal in every state in the South, notwithstanding Tennessee, to formally educate slaves, leaving approximately ninety percent of black adults in the South illiterate. So, whether it was by the enforcement of segregation laws in the South or social isolation and abuse in the North, racial inequities made it daunting for African-Americans all over the country to obtain any type of education.

One hundred sixty-three years later, there can be little doubt that blacks who desire to become legal practitioners have a level of access to education that was not conceivable at the time of Allen's feat. While this certainly represents progress, statistics suggest much more work needs to be done. As of 2000, there were 33,865 African-American (or black) lawyers, representing a total of just 3.9% of all attorneys in the country. The 2000 United States Census listed a total of 36.4 million people who reported themselves as African-American. So, while African-Americans are approximately 12.9% of the U.S. population, only 0.1% of the nation's black citizens are lawyers. Conversely, white Americans comprised approximately 75% of the nation's population in the 2000 Census, but compose roughly 90% of the nation's attorneys. While there are certainly pockets of sustained optimism that the numbers of black attorneys will increase with the further passage of time, a gathering storm of dynamics hints that such hopefulness may be misplaced and imprudent. Conversely, it may be that today's legal and socioeconomic landscape instead results in an even more palpable famine of black attorneys in the future.

This Article will address the confluence of issues that may culminate in the constructive cessation of the black attorney.

Part I examines the historical struggle of African-Americans to attain access to formal legal education.

Part II will focus on the amalgam of modern-day circumstances that seem certain to create even more formidable hurdles to increasing the number of the nation's black lawyers.

Part III urges public and private law schools to work more diligently, both on an individual and collective basis, to ensure that the dreams of future black lawyers will not be deferred--or perhaps even denied almost completely.

There is little doubt that challenges galore loom over the horizon for the nation's law schools. Legal education seems to grow more expensive by the year, which may lead to more consumer-driven demands for schools to meet. The advent of technology may eventually force more schools to alter instruction in such a way that it can be better received by students who, due to the vast role the digital world plays in their daily lives, now process and absorb information differently than students have in the past. More work must also be done to close the growing gap between academics and practitioners.

Still, when viewed in the overall context of our nation's evolving demographics, these challenges are not as imperative as addressing the homogeneity that appears certain to dominate both the bar and the bench without more aggressive efforts. In Sweatt v. Painter, Chief Justice Vinson eloquently summed up the necessities surrounding the Court's holding, which ordered that Sweatt be admitted to the University of Texas Law School:

[A]lthough the law is a highly learned profession, we are well aware that it is an intensely practical one. The law school, the proving ground for legal learning and practice, cannot be effective in isolation from the individuals and institutions with which the law interacts. Few students and no one who has practiced law would choose to study in an academic vacuum, removed from the interplay of ideas and the exchange of views with which the law is concerned.

The heavily-used existing criteria for assessing candidates tends to do more to reward past performance than to critically assess which applicants create the best blend of students, and subsequently, the best set of attorneys to navigate the demands of an increasingly globally connected world. Given that reality, it simply makes more sense to create an educational environment where students (and subsequently, employers) would not be allowed to retreat to comfortable enclaves simply because they are more familiar to them.

These issues are clearly larger than the enrollment of black students. But the unique history of African-Americans in this country does seem to warrant particular consideration. While it is fairly certain that the country will always have some African-American lawyers, the lingering question is whether the academy is satisfied with the current enrollment trends concerning black students. To properly honor the efforts of men like Macon Allen, Heman Sweatt, and Virgil Hawkins, the answer to that question should be no.