We Built it and They Did Not Come: Using New Governance Theory in the Fight for Food Justice in Low-income Communities of Color

excerpted from: Deborah N. Archer and Tamara C. Belinfanti, We Built it and They Did Not Come: Using New Governance Theory in the Fight for Food Justice in Low-income Communities of Color, 15 Seattle Journal for Social Justice 307 - 332 (Fall, 2016) (132 Footnotes Omitted) (FULL ARTICLE) 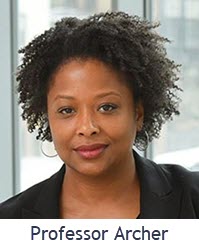 Meet Anthony. Anthony is eighteen years old and lives with his mother, Mary, in Anacostia, a residential neighborhood in Southeast Washington, D.C. There are no supermarkets in his neighborhood--the closest grocery store is 20 minutes away by bus. One or two corner stores in the neighborhood sell milk, cereal, and other packaged foods. Mary shops for groceries twice a month "when she has the money." On rare occasions she also shops for fruits and vegetables at a farmers market, though she has to travel for over 45 minutes on two buses and a train to reach it. Anthony rarely eats breakfast at home, and when he does it usually consists of dry cereal. His typical breakfast comes from either McDonald's or a hot dog stand he passes on his way to school. If he is home for lunch, he usually has "something like a hot pocket." More often, his lunch comes from his neighborhood McDonald's or a Chipotle near his school. For dinner, he usually eats at McDonald's if he is in his neighborhood or Chipotle if he is at school. On the occasions when Anthony and Mary have dinner together, they eat Chinese take-out; their favorite dishes are orange chicken, chicken nuggets, and fries. Anthony gets food from McDonald's more than any other establishment because "it is cheap and there is one every three blocks" in his neighborhood. Anthony "does not like or dislike" his food options because, as he says, "I'm used to it, it's all I know." Anthony lives in a food desert--a neighborhood that is more than a mile away from a supermarket or other large retailer that sells fresh fruits and vegetables. In essence, food deserts are communities, both urban and rural, with severely limited access to healthy and affordable food. In the United States, approximately 23.5 million people live in food deserts. Most of these people are Black or Brown. Blacks, Latinos, and Native Americans tend to travel farther, have fewer choices, and pay more for food than Whites. Compared to Whites, Blacks are half as likely to have access to a chain supermarket, while Latinos are a third less likely to have access to a chain supermarket. While residents of food deserts have difficulty accessing healthy food, they often have easy access to fast food and convenience stores. Fast food restaurants offer high-calorie, filling meals at bargain prices. But fast food affordability comes at a severe cost to residents' nutrition and health. The average distance between an individual's home to a grocery store as compared to a fast food 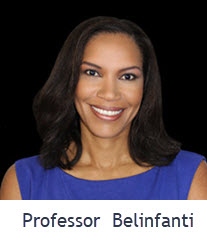 restaurant is relevant to his or her food choices. "When fast food restaurants are closer than supermarkets to a neighborhood, the neighborhood is more likely to make unhealthy food choices." While food deserts are characterized by a dearth of full-service supermarkets, they often have an abundance of small corner markets. However, "fresh and nutritious produce is rarely available at these small stores, and the type of food generally tends to be of poorer quality and less healthy, high in sugars and saturated fats." In examining food deserts, many researchers found a link between poverty, access to fresh nutritious foods, and diet-related health problems. This link leads to a paradox of poor health: "Many Americans, particularly low-income people and people of color, are overweight yet malnourished. They face an overwhelming variety of processed foods, but are unable to procure a well-balanced diet from the liquor stores and mini-marts that dominate their neighborhoods." Life in food deserts leads to a lack of food security--these are environments in which "all persons [cannot obtain] at all times a culturally acceptable, nutritionally adequate diet through local non-emergency sources." Food deserts and food insecurity have received considerable attention  from various stakeholders, such as state and local governments, community organizations, and private sector institutions. These stakeholders have sought to overcome food insecurity by turning food deserts into oases by providing "access" to fresh, healthy food. However, many of their solutions--building supermarkets and sponsoring farmers markets--have missed the mark. Residents of food deserts did not flock to grocery stores to purchase fruits and vegetables. As a result, many stakeholders blame the residents of food deserts for their own predicament, lamenting, to paraphrase Field of Dreams, "we built it but they did not come." We proffer an alternative to blaming the victims. We consider that the problem is not simply that they did not come. Perhaps "we" made incorrect assumptions about the barriers to accessing healthy food? Thus by neglecting the full extent of the problem, "we" failed to provide meaningful access. In this Essay, we argue that interventions failed because we used a top-down approach that implicitly and/or unwittingly embraced a myopic narrative of food access that centered around problems of proximity. We then introduce the use of "new governance" theory to contemplate what a more collaborative and inclusive framework would look like.

New governance can be broadly described as a "school of thought that focuses on the significance of institutional design and culture for effective and legitimate regulation." New governance scholars often emphasize the value of community engagement and the use of a bottom-up approach to legitimacy and effectiveness. This stands in contrast to standard "top-down" models of rulemaking, which often involve little to no involvement of the target community. In this essay, we demonstrate how new governance concerns of legitimacy in solution design through engagement and coordination are well-placed in the food desert space. Specifically, we argue that a new governance framing provides an intriguing alternative to creating solutions to the food insecurity crisis.

We develop our argument in Part II by describing the collective response to food deserts, and we posit that the bulk of these responses have been based on the premise that the food desert problem is a problem of proximity.

In Part III, we develop the argument that while accessibility/proximity is a crucial factor, food deserts is a much more complex an issue. In particular, we focus on the issue of affordability.

Part IV further excavates the complexity of food deserts and considers the effects of race and culture in accessing healthy food. We also observe that true access should include both physical access (in short, proximity) and cultural access (in short - the availability of grocery stores that feel a part of the community).

Finally, Part V connects new governance framing to the food desert space to contemplate how best to achieve true access. Through the use of current and actual initiatives, the rest of the essay demonstrates the potentiality of using new governance principles to develop more engaged and meaningful solutions to the problem of food inequality. Put differently, new governance offers insight into how we can help them come.