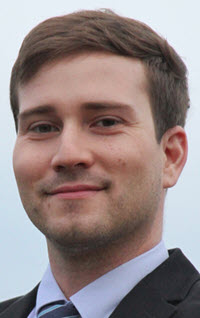 The use of pesticides to grow food is not an environmentally benign activity. In the United States, it is estimated that one billion pounds of pesticides are applied annually. The Centers for Disease Control and Prevention have found that many Americans carry some amount of pesticides in their body, and mothers increasingly pass chemicals on to their babies in the womb. Monsanto recently lost a case in the Superior Court of California in San Francisco. The Court held that Monsanto's glyphosate-based product, “RoundUp,” was at fault for causing cancer in a man whose job it was to spray the chemical. Also, when sprayed on farms, this pesticide leads to more pollution because the pesticides end up in airways and waterways, which affects the quality of life for humans, fish, and other animals. The rise in pesticide use has also caused an environmental justice issue, where some of the poorest individuals are burdened with shouldering the environmental dangers that are inherent with the use of pesticides to grow food. In The Rotterdam Convention on Hazardous Chemicals: A Meaningful Step Toward Environmental Protection, Paula Barrios explains how one of the few pesticide trade conventions, the Rotterdam Convention, places an unfair burden on developing nations because it requires them, rather than developed countries or manufacturers, to “test, monitor, or regulate pesticides imported” despite their having strained resources. Glyphosate is in wide use. Since Monsanto's “Roundup Ready” crops were introduced, glyphosate use has increased almost fifteen-fold and an estimated 8.6 kilograms have been applied globally since 1974. These high application rates could be because many countries have yet to ban the chemical completely. El Salvador is the only country in the world with a country wide ban. Many local jurisdictions that have restrict the use of the chemical, and several cities have also banned the chemical. California, one of the largest agriculture hubs in the world, currently has no meaningful restriction on the chemical; in fact, California actively sprays glyphosate in its waterways to control waterborne weeds in state owned water channels.

California should join the cities of the EU and other jurisdictions and ban glyphosate. A ban of the chemical is important for several reasons. First, glyphosate is applied outdoors on a large scale and may impact the living organisms exposed to it. Widescale outdoor use also makes it impossible to contain the chemical to an area that would not harm the public or the environment, this is called glyphosate drift. Second, one of the largest glyphosate manufacturers, Monsanto, was found guilty of concealing the negative effects of the chemical. Jurisdictions should not reward companies with unrestricted distribution of products that the corporation knows are harmful to the public and the environment. Finally, the individuals most burdened with the negative impacts of glyphosate are poor communities, who are already disproportionately impacted by other environmental harms. Additionally, around 200,000 acute poisoning deaths occur each year from pesticides, 99% of which occur in developing countries.

This paper will first introduce background information about glyphosate and what health and environmental problems surround its use.

The paper will then discuss the role and source of pesticide regulations in international law, specifically the Rotterdam Convention and international soft law principles.

Then, the paper will review different jurisdictions around the world that have banned glyphosate, and the underlying rationales.

Lastly, the paper will propose a complete ban of glyphosate in California, using the previously mentioned examples from other jurisdictions and existing California law, such as the human right to water.

In conclusion, a ban on glyphosate is needed to protect underrepresented and underserved communities. International environmental law, like the Rotterdam Convention's requirement of prior informed consent do not adequately protect vulnerable individuals and communities. Soft law principles like organic labeling and cumulative risk assessments can help mitigate the negative effects of pesticides and offer useful alternatives to the agriculture industry. However, a complete ban is the most promising way to protect the environment and public health. A ban is supported by established customary principles of international law, particularly the precautionary principle and the right to a healthy environment. Further, the glyphosate industry has experienced mounting pressure in the last few years, demonstrating that states should take this issue seriously. California can act to protect its citizens, first by reevaluating its approach to licensing glyphosate for use in the state. Upon reevaluation, California should follow the lead of Mals, Italy and apply the appropriate principles to ban glyphosate, such as the precautionary principle and the right to a healthy environment. The most vulnerable communities in California depend on the state acting to protect their health and environment.

Alex Sauerwein is a law student at University of California, Hastings College of the Law, class of 2020.