Desert in the City: The Effects of Food Deserts on Healthcare Disparities of Low-income Individuals 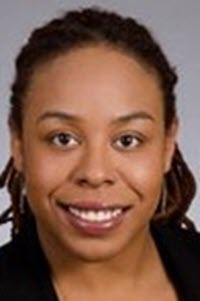 Food is necessary for the very existence of human beings, but food is not always a privilege that all enjoy. The lack of access to healthy foods is a silent problem in the United States that has been largely dwarfed by starvation in other areas of the world. A growing amount of research has begun to surface surrounding areas in the U.S. with little access to healthy food. These areas are referred to as “food deserts,” a term that reportedly originated in Scotland in the 1990's to describe areas with poor access to affordable and healthy diets.

Several scholars have discussed the idea that food deserts in and of themselves represent disparities among lower-income individuals' access to nutritious food, but the implications of food deserts have more far-reaching effects than have been previously explored. Although “the extent to which limited access to supermarkets and other differential aspects of the food environment contribute[s] to known economic and racial health disparities remains unclear,” there are still links that can be made from lack of access to nutritious food to healthcare disparities. Further, these links can not only be made to low-income individuals, but disproportionately affected racial and ethnic groups of low-income individuals.

Part II of this article will discuss the nature of food deserts.

Part IV will discuss healthcare disparities generally and argue that there are several effects of food deserts on these disparities, in an analysis of “deprivation amplification.”

The existence of food deserts leads to health disparities, disproportionately affecting low-income individuals and racial and ethnic minorities. Healthcare disparities refer to disparate preventative information that may help disproportionately affected groups combat disease before it can adversely affect them. The correlation between living in a food desert, and lack of preventative information, including early screening and community outreach, leads to higher risks of obesity, coronary heart disease, and other health conditions amongst individuals already adversely affected by disease and chronic conditions. With more research, the correlation between food deserts and healthcare disparities can be explored, and perhaps more legislation can be directed towards eliminating food deserts altogether.