An Abolitionist Critique of Violence 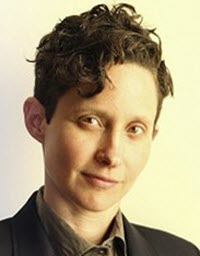 In the midst of deepening inequality in recent years, gun violence has surged in impoverished neighborhoods. As police killings continued apace, with more than one thousand people in the United States shot to death by police in 2020, both state and interpersonal violence have devastated families and communities across the country. In popular and legal discourse, gun violence--or urban violence, as it is sometimes euphemistically termed--is most often conceptualized exclusively in terms of intentional attacks that result in harm. Less often, popular accounts focus on the pathologies of shooters or the need to better regulate guns. But these popular conceptions of violence are too narrow in that they do not recognize the larger context that precipitates and sustains violence concentrated on particular racialized bodies in places subjected to economic disinvestment, extraction, and militarized intervention. Meanwhile, a myopic, decontextualized focus on bodies and bullets without attention to the broader landscape of violence produces inadequate, unjust approaches in response. An abolitionist critique of violence, by contrast, offers a more accurate and expansive account of the material realities of violence--its causes and consequences--and enables more meaningful ways of reducing violence.

Calls for abolition animate a vital constellation of social movements in the United States and around the world. Movement participants have worked to end the violence of imprisonment and policing and, importantly, to create more equitable, just, and peaceful forms of collective existence through mutual aid and care; violence prevention; restorative and transformative justice regimes; and cooperative, nonextractive, and solidaristic economic practices. Through this work, participants in contemporary abolitionist movements have offered a deep reconceptualization of violence and expansive ideas about how to address violence.

An abolitionist critique of gun violence necessarily recognizes the relation of both state and interpersonal violence to the weapons industry, which produces millions of firearms each year. Weapons companies, which are overwhelmingly supported by military spending, also flood consumer markets with guns. Many weapons from the vast military stockpiles of munitions in the United States go missing, surfacing periodically in violent street crimes. Meanwhile--as thousands have been killed in U.S.-subsidized military operations in Afghanistan, Iraq, Palestine, and elsewhere-- defense contractors' profits have soared, and the U.S. military has contributed more than any other single entity to greenhouse gas emissions and the consequent climate crisis. The effects of ecological catastrophe disproportionately affect the economically disenfranchised communities most devastated by gun violence. In turn, the impact of climate change in dispossessed neighborhoods is correlated with increased levels of interpersonal violence in those same neighborhoods. More generally, the proliferation of weapons and militarized violence fosters a widespread public inurement to violence, as extreme and pervasive cruelty all too often passes unaddressed.

Abolitionist organizers in Chicago and elsewhere underscore these connections between interpersonal violence, militarism, environmental harm, and social abandonment, and they highlight how the harms of interpersonal violence relate to the threats posed by environmental toxicity, policing, and other causes of premature death imposed on people in disenfranchised neighborhoods. For instance, in the McKinley Park community on Chicago's Southwest Side, which has been affected by both aggressive policing and interpersonal gun violence, residents are seeking to shut down an asphalt plant, MAT Asphalt. The plant has spewed pollution into the surrounding area for several years, harming the health and well-being of neighborhood residents and exacerbating stress and suffering. As part of this campaign, protesters have sought to increase community control--including over police--and to reduce funding for criminal law enforcement while expanding resources for environmental remediation and other local projects on the South side of the city. “We want MAT out of McKinley Park and for the city to reestablish the Department of the Environment, but the City says there's no money,” one organizer explained. “That's about $1.8 billion a year to fund CPD, but there's no money to fund the Department of the Environment, fund our neglected schools, fund the west and southwest side communities, reopen mental health clinics.” Another organizer added: “Safety does not mean more police in our communities. Safety means a community full of resources and opportunity .... Safety means having basic needs met like health security, food security, job security, universal healthcare. Remember issues like poverty and violence are created.” Abolitionist organizers thus call for a redirection of military spending and resources allocated to militarized criminal law enforcement to public initiatives that promote human flourishing in order to reduce violence and equitably and sustainably improve our collective quality of life.

This Essay engages the critical reflections, writing, organizing, and imaginative visions of contemporary abolitionists so as to offer a fuller account of the causes of violence and ideas that promise worthwhile change. Part I considers violence with particular attention to the city of Chicago, which has long been vexed by inequality and violence as well as by a misguided reaction to violence organized overwhelmingly around militarized criminal law enforcement. At the same time, Chicago has contributed much to abolitionist movements' efforts to realize more just alternatives. Part II examines in greater depth the sources of violence--in longstanding, historically entrenched practices that have created and maintained racialized poverty, economic inequality, and gun violence; in contemporary legal and economic arrangements from urban planning to tax policy; in militarism and its widespread deadly consequences; and in a closely related disregard for the earth, our natural environment, and the well-being of all those who inhabit our planet. Finally, Part III begins to explore the creative work of contemporary abolitionists confronting violence by building solidaristic and equitable economic alternatives, proliferating peaceful and constructive approaches to violence that do not rely on militarized criminal law enforcement, reallocating resources from militarism toward human flourishing, and commencing a just transition to more environmentally sustainable forms of organizing human life on earth.

For contemporary abolitionists, to eliminate violence requires addressing its roots in those practices that produced and continue to perpetuate entrenched inequality, racialized poverty, and militarist violence. Entrenched racialized inequality originated and is maintained in the halls of power, not primarily in dispossessed neighborhoods in Chicago or other impoverished communities around the world. It is instituted through economic law and policy, through tax law and housing policy, and through a tradition of armed militarist violence that led to the settlement of this country through the dispossession of Indigenous peoples and that has continued ever since--at the hands of early police forces operating as slave patrols, Klan violence and lynch mobs, and contemporary U.S. police forces that kill approximately one thousand civilians each year. Abolitionists are working to build a world characterized instead by investment of public resources in sustainably improving our collective quality of life, creating equitable economic practices, devoting careful attention to the prevention and repair of harm and violence, enabling high-quality public education and health care, and engaging in environmental remediation rather than militarist adventurism and militarized policing. These are the beginnings of an abolitionist critique of violence and these critical perspectives and strategies ought to inform fundamentally our approaches to working to end violence.