“Kung Flu”: A History of Hostility and Violence Against Asian Americans 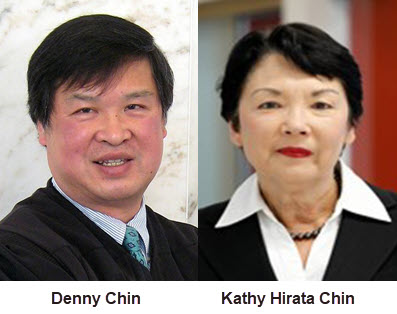 The COVID-19 pandemic “first became real” for most Americans in March 2020. Since then, a wave of anti-Asian hatred and violence has swept the country, as more than 10,000 “hate incidents” have been reported against Asian Americans and Pacific Islanders (AAPIs), including the 2021 killing of six Asian American women in the Atlanta area. The videos of senseless attacks against AAPIs, many of whom were older and vulnerable, were horrific and disturbing.

But what is perhaps more disturbing is that this is nothing new, for there is a long history of hostility and violence against Asian Americans in this country, a history that is not well known. In this Essay, we examine that history, before offering some thoughts about how we might finally escape the cycle of discrimination and violence that has plagued persons of Asian descent in this country since the arrival of the first immigrants.

This Essay is based on a presentation we gave at the 2021 Convention of the National Asian Pacific American Bar Association (NAPABA) in Washington, D.C., with a team from the Asian American Bar Association of New York (AABANY). AABANY has been presenting reenactments of historic cases involving AAPIs since 2007, and this presentation on anti-Asian violence was its thirteenth reenactment. Despite their small numbers and limited resources--early litigants included, for example, laborers, laundrymen, a grocery store owner, women accused of being prostitutes, and a clerical worker Americans have not been afraid to fight for their rights, and many of their cases reached the U.S. Supreme Court. Our reenactments have focused not just on the legal principles presented in these cases but also on the stories of these individuals, and our programs have proven to be effective and popular teaching tools.

In Part I of this Essay, we review the historical background and dynamics that set the stage for the hostility against the early arrivals from Asia. In Part II, we highlight a number of the acts of violence and discrimination against Asian Americans in the nineteenth and early twentieth centuries. In Part III, we discuss two examples of more contemporary anti-Asian violence: the murder of Vincent Chin in 1982 and the case of the Vietnamese Fisherman against the Ku Klux Klan in 1981. Finally, in Part IV, drawing on our review of this history, we identify some of the causes of anti-Asian hate and consider some suggestions on how to end the hostility and violence once and for all.

We close with this excerpt from the conclusion of our Vietnamese Fishermen reenactment:

Once Judge McDonald issued the preliminary injunction, the Vietnamese were ready to launch their boats at the start of the shrimping season on May 15, 1981. But first, there was a custom of their country they wished to observe, the blessing of the fleet. They invited their lawyer to attend. In a speech Dees gave in 2013, he described the event:

I got there about 5:00 in the morning, and I was standing there in the fog. The sun hadn't come out. On the dock there were 50 or 100, or so, family members waiting for the boats to come out.

There was a priest there to bless the boats. After about half an hour, the sun still hadn't come out, the fog was hanging heavy on the bay. We heard a diesel engine, and a boat popped out through the fog and came by the reviewing stand. The priest blessed that boat and another and another, until 15 or 20 boats had gone out into the open waters.

As I stood there that morning and the sun began to burn through the fog, I could see the sun glistening off the badges of the United States Marshals sent there to protect these American immigrants. As I looked at those officers, I thought about the majesty of our justice system at work.

Senior Judge, United States Court of Appeals for the Second Circuit. Judge Chin is the Lawrence W. Pierce Distinguished Jurist in Residence and Co-Director of the Center on Asian Americans and the Law at Fordham University School of Law.

Partner, Crowell & Moring LLP. Ms. Chin is Chair of the Board of Advisors of the Center on Asian Americans and the Law at Fordham University School of Law.