The Wealth Gap and the Racial Disparities in the Startup Ecosystem 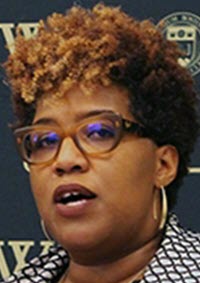 In the United States, racial disparity has manifested a dramatic wealth gap along racial lines. For example, for every dollar that a White household had in 2011, the median BlackAmerican household had roughly seven cents. This wealth gap exists across the demographics of age, marital status, education, and income. By 2013, the average wealth of White families was over $500,000 higher than the average wealth of BlackAmerican families ($95,000) and of Latino families ($112,000). In 2016, White families on average had seven times the wealth of BlackAmerican families and five times the wealth of Latino families. For BlackAmericans specifically, economists estimate that it would take 228 years to acquire the amount of wealth that the average White American possesses today. Wealth, often referred to as net worth, means the resources that individuals or families have at their disposal for emergencies, for investment purposes, to pay for college, or on hand for future use. Wealth is calculated by taking the total market value of all assets (e.g., financial assets such as bank accounts, stocks, bonds, retirement accounts, and non-financial assets, such as homes and vehicles) owned by an individual, entity, or community and then subtracting the debts (e.g., mortgages, loans, credit card debt, and family loans).

The recent Great Recession highlighted some of the disparity in wealth among the U.S. population. The Great Recession was spurred by the collapse of Lehman Brothers, runs on mutual funds and other financial institutions that caused credit spreads to skyrocket and key sources of credit to dry up and burst the $8 trillion housing bubble. The loss of consumer spending combined with the chaos in the financial markets resulted in massive job loss, decreases in income and wealth, and an increase in poverty. As a result of the Great Recession, the United States saw the most dramatic employment contraction since the Great Depression. The crash of the housing market and the decline in the stock market precipitated a decline in overall family wealth.

The Great Recession exacerbated existing disparities because it brought about sharp declines in wealth among families of color, particularly as compared to their White counterparts. However, the Great Recession did not create the racial wealth gap. Rather, this gap exists because of the multi-centuries-long history of U.S. government-sanctioned promotion of White American wealth on one end of the spectrum and discrimination against communities of color, particularly BlackAmericans, on the other.

President Obama took several actions to fix the economic crisis, repair the financial systems, and stabilize the housing market, which plummeted in the wake of the Recession. Entrepreneurship and job creation were both key parts of the government's economic recovery strategy. In January 2011, President Obama launched the Startup America Initiative by rolling out a series of entrepreneurship-focused initiatives. In a speech announcing the initiatives, President Obama stated, “Entrepreneurs embody the promise of America: the idea that if you have a good idea and are willing to work hard and see it through, you can succeed in this country. And in fulfilling this promise, entrepreneurs also play a critical role in expanding our economy and creating jobs.”

The Obama Administration and its economic advisors subscribed to entrepreneurship theory. This is the idea that entrepreneurship is a viable means of economic development because it facilitates new businesses, creates jobs, and fosters innovation by creating new products and services. In a speech at the 2016 Global Entrepreneurship Summit at Stanford University, President Obama acknowledged the importance of entrepreneurship with respect to job creation:

When people can start their own businesses, it helps individuals and families succeed. It can make whole communities more prosperous and more secure. It offers a positive path for young people seeking the chance to make something of themselves, and can empower people who have previously been locked out of the existing social order--women and minorities, others who aren't part of the “old boys” network--give them a chance to contribute and to lead.

This Article critiques entrepreneurship theory as a viable strategy toward wealth accumulation because it fails to take into account the fundamental role of the wealth gap. While “[e]ntrepreneurship holds out the tantalizing promise that low-income businesspeople could bootstrap themselves into successful enterprises that would contribute new resources to the economy,” the wealth gap, which is the result of government-sanctioned exclusionary policies that caused economic disparity for people of color, cannot be overcome solely by the promotion of entrepreneurship. While laudable steps have been taken to support entrepreneurship and democratize the entrepreneurial ecosystem through the implementation of crowdfunding, isolated regulation such as the Jumpstart Our Business Startups (“JOBS”) Act and policies such as the Startup America Initiative will do little to address the widening racial wealth gap, which has grave effects on this country's entrepreneurial ecosystem. The widening racial wealth gap exists because of an unresolved legacy of racism and discrimination, which adversely impacts entrepreneurs of color. Such entrepreneurs lack access to financial and institutional capital for entrepreneurial ventures and also lack the intergenerational wealth necessary to scale business ventures. This Article explains how traditional and innovative sources of capital raising perpetuate the racial wealth gap, and the Article makes concrete proposals for addressing these shortcomings.

The Article proceeds in four parts. Part I surveys the current entrepreneurial landscape, providing a taxonomy of founders, companies, and investors.

Part II details the origin of the racial wealth gap, which laid the foundation for the disparity in the current entrepreneurial ecosystem.

Part III critiques entrepreneurship theory as a strategy to level the playing field and describes the barriers faced by founders related to capital raising in order to build and grow a venture.

Part IV offers recommendations and suggestions toward creating a regulatory framework that attempts to address structural inequality as it relates to economic inequity, capital-raising, and entrepreneurship.

Entrepreneurship was touted as the means to overcome the economic crisis and has been touted as a solution for people of color to overcome disadvantages and discrimination. However, as described herein, entrepreneurship theory as a strategy to close the wealth gap will fail because successful entrepreneurship is dependent upon privilege. The idea that the way forward to build wealth and close the racial wealth gap is for entrepreneurs of color to either start a high-growth business or to invest in a high-growth business neglects to understand the reality of BlackAmericans who are being asked to start a business on an uneven playing field.

Confronting the racial wealth gap and the race-neutral public policies that continue to amplify the disparity can create a more equitable future. Rather than race-neutral public policy, the ideal should be a race-fair policy that does not further the transmission of racial economic advantage or disadvantage from generation to generation. Absent specific policy interventions that address the racial wealth gap, the gap will never close. It certainly will not be closed through entrepreneurship. Inclusive, wealth-building strategies applied in a fair and equitable manner will close the wealth gap. If nothing is done, the racial wealth gap will continue to grow unabated.