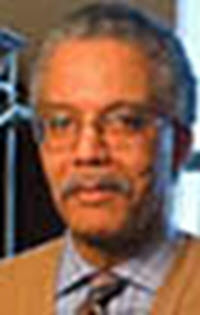 The Supreme Court in City of Richmond v. J.A. Croson Co. invalidated a municipal minority business set-aside program on equal protection grounds, casting into doubt the legal status of all set-asides. For the first time a majority of the Court applied strict scrutiny to a legislative racial classification which benefited rather than burdened historically disadvantaged minorities. The Court's ruling barely acknowledged the existence of ongoing discrimination against minority-owned firms. The Court premised its decision on the fundamentally flawed assumption that “ s tates and their local subdivisions have many legislative weapons at their disposal both to punish and prevent present discrimination . . . .” This article begins by examining this critical assumption by the Court.

Part I identifies the glaring inadequacies of existing legal remedies for discrimination in private business dealings.

Part III argues that these problems, chiefly arising from the difficulty of showing that the discrimination was intentional, justify greater flexibility in judicial review of state and local government procurement set-asides, which require prime contractors to subcontract a specified percentage of their government contracts to eligible minority owned subcontractors. A more flexible approach is necessary because the same obstacles that impede effective legal redress in individual actions for intentional discrimination in private commercial transactions also thwart the ability of jurisdictions to satisfy Croson's required justifications for set-asides, precise factual showings of prior unlawful intentional discrimination.

If the Court continues to ignore these problems and if minority business enterprises (MBEs) simply must accept the market barrier and handicap that race creates, then the equity of Croson rests on whether whites would be prepared to accept analogous handicaps. The true test of the integrity of the doctrine established in Croson then becomes whether the policy handicaps the doctrine requires would be accepted if the shoe were on the other foot.

If nebulous and subtle forms of discrimination excluded whites from major markets, would a set-aside be rejected unless the strict terms of Croson were met? Would a concern that “[c]lassifications based on race . . . may in fact promote notions of racial inferiority and lead to a politics of racial hostility” compel the national government to subordinate the economic well-being of the white business community to these overriding principles?

Such a parallel situation exists.

Part IV compares the complaints of minority firms claiming discrimination in domestic markets to those of American firms claiming exclusion from Japanese markets. Like many minority firms in the domestic context, many American firms have had difficulty identifying and documenting convincing instances of intentional discriminatory treatment by potential Japanese customers in specific transactions. Despite this inability to satisfy the Croson standards, (and despite elimination of formal trade barriers analogous to de jure discrimination), portions of the United States government and the American business community have demanded a specified share (in substance a set-aside) of various Japanese markets under the rubric of “managed trade.”

The Court's concern in Croson that awarding contracts based upon race can “promote notions of racial inferiority and lead to a politics of racial hostility” seems especially applicable to the U.S.-Japanese trade context, given the racist strands in both cultures and the legacy of the 1941-1945 Pacific War. American policy makers in international trade, however, think of “managed trade” as a remedy for the closed nature of the Japanese economy, not in terms of promoting their own racial inferiority. The failure to conceive of “managed trade” in terms of confirming American “racial” inferiority derives perhaps from the different perspective from which the administration views the issue. The Croson Court viewed the minority set-aside from the viewpoint of the “perpetrator” of the acts that the set-aside was intended to remedy. It considered whether a set-aside confirms racial inferiority in the minds of nonminorities rather than minorities. In contrast, advocates of “managed trade” view this policy from the “victim” perspective. From the victim's viewpoint, mandating a specified market share solves the problem of a persistent wrongdoer who cannot be trusted to comply with neutral prohibitions. This shift in perspective may account for the failure of proponents of “managed trade” in the Administration to recognize that their position is inconsistent with Croson's policies.

The Court's rationale in Croson was fundamentally flawed. It assumed that MBEs had redress for acts of business discrimination or that such remedies could be enacted. No effective remedy presently exists, nor, given the realities of the business world, can one be constructed. The net result of Croson leaves state and local governments unable to compel their own prime contractors to dismantle the market barriers that minority firms encounter. While an alternative proposal would permit cooperating jurisdictions to reward firms that dismantle the barriers MBEs confront, this measure relies on market incentives to overcome barriers. The lack of competition in some markets may enable some recalcitrant contractors to ignore or actively resist the well-intentioned efforts of some jurisdictions to open up their procurement. Other jurisdictions, probably the majority, show no real interest in eroding these market barriers. Unless minorities exercise significant political influence, their purchasing staffs view efficient procurement as an objective difficult enough to achieve without adding antidiscrimination goals.

At a more basic level, the Supreme Court's obsession with formal equality both blinds it to the concrete factual reality in which its abstractions operate and allows it to tolerate grievous inequality. Its focus and preoccupation in Croson with “quotas” allowed it blithely to assume that “[s]tates and local subdivisions have many legislative weapons at their disposal both to punish and prevent present discrimination . . . .” It made this assumption in the complete absence of any record of an MBE ever having sued successfully on a claim of business discrimination. The result of this adherence to formal abstractions leaves minority entrepreneurs defenseless against discriminatory actions. Much like Dred Scott, they have no rights that need be respected.

The Court reached this result out of its concern that “[c]lassifications based on race . . . may in fact promote notions of racial inferiority and lead to a politics of racial hostility.” The Court failed to consider that continued economic subordination of minorities and wrongs left unremedied can generate racial hostilities on their own.

The real test of the policies the Court used to justify its doctrine will come in the international trade arena. There the roles have been reversed. White Americans, once dominant, now find themselves with their confidence undermined, their personal insecurities awakened, their reputations sullied by negative stereotypes, and a subjective certainty that they are being discriminatory excluded from Japanese markets. Will American trade policy adhere to the principles of free trade, or will it seek recourse to “managed trade”?

If the latter, then the politics of racial hostility we risk engendering pose a far more serious risk. We risk conflict with the world's most dynamic and second largest economy, conflict with a nation whose culture incorporates a militarism and racism as deep as our own, and conflict pitting former adversaries from the last World War.

Despite these risks, when the nation's perceived economic well-being seems deliberately undermined by unfair trade practices, the appeal of “managed trade” as a practical solution may prove irresistible. If whites reject Croson's principles rather than accept the subordinate position adherence to them may produce, then to insist, as Croson does, that minority firms accept racial barriers that relegate them to inferior status in the domestic economy is blatantly hypocritical.