The Third Rail of San Francisco Politics: Transportation, Race, and the Central Subway 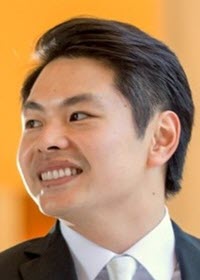 The economic importance and social impact of transportation are well-documented. Decisions about where interstate highways are built, which community groups are prioritized for transportation service, and the extent to which certain modes of transportation are subsidized have fundamentally shaped our society and economy. Transportation plays an indispensable role in providing strength and vitality to all communities and neighborhoods. Accordingly, government decisions on transportation policy shape the fate and relative prosperity of communities. In making these decisions, issues such as race, segregation, politics, and the impact on minority communities often become outcome-determinative factors.

This Note highlights San Francisco's Chinatown and the history of discriminatory planning it has endured, using the Central Subway transportation project as a case in point. Specifically, this Note addresses the critical role that race played in the conflicts and ultimate decisions leading up to the planning and construction of the Central Subway. Racial and community politics continue to impact the project's legacy and will remain a source of contention for San Francisco's Chinese community. Even though Chinatown has long been established as part of San Francisco's history and identity, government decisions respecting transportation policy continue to threaten the future of the community. This has been, and continues to be, a common occurrence in other ethnic and minority communities, where transportation service is compromised due to government favoritism and the prioritization of wealthier, more prominent neighborhoods. This Note concludes that the preservation of Chinatown, and other ethnic communities like it, will require continual transportation advocacy and organizing at the grassroots level to ensure its survival.

Federal, state, and local governments' decisions regarding transportation policy have historically been, and continue to be, influenced by race. The resulting impacts on minority communities--segregation, social ostracism, the reinforcement of stereotyping and racism, disenfranchisement, and economic harm--are undeniable. Transportation infrastructure is vital for any economy; it is a powerful engine for profit and a valuable amenity for real estate developers. And yet, transportation investments often conflict with racial and social justice. What serves as a boost for the economy does not always promote social justice. The San Francisco Chinatown community and its history with the Central Subway project provides just one of many examples.

Advocacy for social justice remains necessary for marginalized communities across the country. The preservation and prosperity of Chinatown and other historically disenfranchised communities will require continual grassroots organizing and advocacy, particularly around investments to transportation infrastructure. Community-based organizations must organize community members and encourage civic engagement, especially with respect to the decision-making processes of transportation agencies. This is particularly important because transportation officials who make these decisions likely do not live in the communities that will be adversely affected by their decisions. Often, they are disconnected from the community, and base funding and infrastructure decisions on limited or incomplete information or on explicit or implicit racial biases. In contrast, community residents who are directly impacted by infrastructural decisions have a much better sense of the needs of their communities. Therefore, it is critical that they play a part in shaping the transportation policies that affect their neighborhoods.

In addition to organizing, community members should coordinate and advocate for transit plans that promotes equity. Working with transportation agencies, residents must create plans that address the specific needs of their individual neighborhoods. Beyond traffic routes and bus stops, a transit equity plan should consider variables such as population densities, socioeconomic classes, and employment patterns throughout different neighborhoods. Through this process, marginalized communities can be involved in addressing transportation funding needs and determining development outcomes. A coordinated plan that includes community input ensures transportation projects are not prioritized based solely on economic development hotspots or affluent communities, which have more access to decision-makers.

Transit agencies must also be held accountable for ensuring that equity plans are properly implemented and that community input is continually sought before important infrastructure decision are made. After all, the utility of a transit equity plan is limited if it is never actually executed. Moreover, agencies may be better-positioned to serve communities if all employees, commissioners, and directors engage in implicit bias training. This training would teach decisionmakers to challenge deeply-ingrained learned stereotypes, and bring to light methods and procedures for ensuring that the decision-making process is not unintentionally tainted by implicit biases. San Francisco's Department of Human Resources has taken meaningful steps in this arena by delivering implicit bias workshops to over 1,050 city employees. Other municipalities and agencies would be well-served to follow similar steps.

Because transparency and oversight of transportation agencies are necessary to protect the public interest, communities must also be organized in the political process. To hold agencies accountable, voters must elect government officials who truly understand the needs of their communities. Residents should continue to lobby at town hall hearings, advocate at city hall rallies, and support propositions at the ballot. Additionally, having an elected representative who has the community's interests at heart in office greatly helps to ensure accountability.

In sum, because transportation planning has a profound impact on all aspects of our economy, it plays a critical role in ameliorating or exacerbating social inequality. To ensure that racial and social equality are promoted by our transportation infrastructures, communities must be organized and involved in the decision-making processes of transportation agencies. Needs and concerns of neighborhoods, especially those that have been historically disenfranchised, must be addressed in transportation policies and plans. Finally, residents must be involved in the political process to elect into office people who truly represent the interests of their communities and will hold other governmental agencies accountable.