Live Black ... Retire Poor ... Die Early: How Social Security as an Institution Continues to Perpetuate the Social Racism of the 1930s

*488 “If the Senate and the House of Representatives in their long and arduous session had done nothing more than pass this bill, [Social Security Act of 1935] the session would be regarded as historic for all time.” ~President Franklin Delano Roosevel 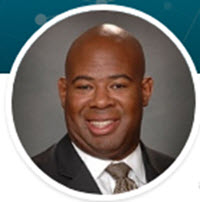 When President Franklin Delano Roosevelt uttered these words at the signing of the Social Security Act of 1935, he was just speculating that the program would have a lasting impact on American culture. President Roosevelt hoped that the program would serve as the cornerstone of his economic relief program in the wake of the greatest economic decline the nation had ever seen. Assembled in a room full of cameras, the President proclaimed that, as the nation has industrialized, people have faced greater insecurity citing the new legislation as providing security to 30,000,000 citizens who “will reap direct benefits through unemployment compensation, through old-age pensions and through increased services for the protection of children and the prevention of ill health.” The question still remains today, has the Social Security Act of 1935 provided security for all?

*489 This Note proceeds in four parts. Part II frames the historical context and social climate of the period that ultimately led President Roosevelt to sign into law the Social Security Act of 1935. Furthermore, Part II suggests that the contemporary version of the Act suffers from the social climate of the past through specific provisions that intentionally kept minorities from participating in the Act from the start. Part III will look at disbursement trends over time, to ultimately conclude that there is currently a disparate impact among minorities who are eligible and receive Social Security benefits. Additionally, Part III will use the current framework employed by the Supreme Court to evaluate the likelihood of a disparate impact claim. Lastly, Part IV will provide recommendations for administrative policy changes that can alleviate the disparate impact and remove the institutional inequality currently present in the administration's present-day disbursement policy.