Closing the Gates to Racial Parity: Venture Philanthropy's Perpetuation of Racial Disparities in the Educational Sphere 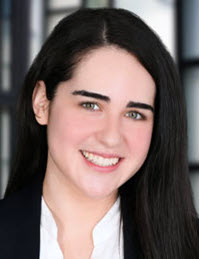 This cruel jest, the oft-espoused American Dream, translates into the myth of meritocracy--the idea that hard work, talent, and individual merit are always rewarded. And in the education sphere, the public school system has come to represent the bootless man. Enter venture philanthropists. Operating within the framework of philanthropic enterprise under a neoliberalist ideology, billionaire philanthropists like Bill and Melinda Gates of the Gates Foundation seemingly offer the resources needed to excel and bridge any attainability gaps. By flooding the industry with funds, these foundations encourage innovative reform in under-resourced schools through competitive grant-making, school choice, and norms-based evaluations.

In itself, philanthropy is not a bad venture. But in a dual age of neoliberalism and “post-racialism,” disparities in economic and educational attainment become cloaked by the rhetoric of individual liberty, free market choice, and competition for optimal outcomes. Consequently, venture philanthropists contribute to system justification, simultaneously obscuring and expounding upon a legacy of racial exclusion and subjugation. The neoliberalist movement in philanthropy is rooted in market outcomes, a system that itself preordains a structure of winners and losers under the guise of competition and free exchange of ideas. As purported agents of change, the Gates family is at the forefront of educational philanthropy and operates within the discourse and agenda of neoliberalist reform.

Philanthropy adhering to the paradigm of neoliberalism inherently supports a system of marginalization. And in a country with a history of racially stratified groups of “winners and losers,” what other outcome than further entrenchment? This paper analyzes the contributions of venture philanthropists in perpetuating the racial divide in the educational sphere, primarily through the lens of the Gates Foundation--the largest private donor in the field. Borrowing from Lani Guinier and Gerald Torres' framework of understanding power and powerlessness, the foci of this paper lay in three questions: (1) “who made the rules?”; (2) “who is winning and who is losing?”; and (3) “what is the story we tell the losers to get them to want to continue playing?” In answering these questions, the paper concludes with a dissection of the “game” and alternative democratic solutions to achieve education reform. As it becomes clear, articulating a desire for social justice reform within the confines of a neoliberalist capitalist structure becomes a matter subject to cooptation and distortion. The philanthropist may offer the boots, but what happens when they do not fit?

When asked in an interview about a recent epiphany she has had regarding her privilege, Melinda Gates replied:

[I]t's not enough to read about it. You have to be in the community with people who don't look like you ... Every single person who walks through our door should feel comfortable in our house, despite how large it is and that it has nice art. And, believe me, there are people who show up at my front door who are not that comfortable. So sometimes that means sitting down inside the front door with our dog--and I'm in my yoga pants, no makeup on--and petting the dog until they're comfortable being there. And only if we've made them comfortable can we be in real community.

Nothing best exemplifies the logic of venture philanthropy than this quote. Neoliberalist logic asks us to accept the status quo of economic stratification. To ignore the vestiges of segregation and discrimination. To be comfortable with a system of winners and losers. In the education sphere, the privatization and marketization of a public good has served to further entrench racial disparities in the name of choice, competition, and free market optimization. Nevertheless, as Gates-funded projects have proven, choice-based initiatives like charter school programs and norms-based evaluations have preordained certain schools, students, and teachers to fail. In a purportedly “post-racial” society where racial discrimination and its vestiges have been made invisible, failure attributable to systemic racism is internalized and individualized. Consent is forged, and democratic participation meant to support collectivism is stifled.

Thus, just as Melinda Gates invites us to be at ease while entering her space, venture philanthropy offers to placate the blow of persistent educational and economic disparity through funding schemes that reinforce stratification--namely, on a class and race basis. Antidemocratic outcomes can only be resolved through democratic solutions. By exiting the paradigm of failed public institutions and successful private ventures, the process of securing legitimate equality in educational achievement can begin.