The “Divisive Concepts” Laws and Americans of Asian Descent 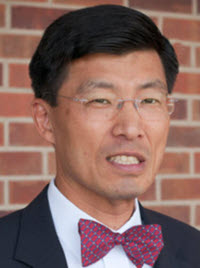 In the past year, a number of states have enacted laws that prohibit public schools from teaching certain lessons about race. The main target of these laws appears to be “critical race theory,” once a theory advanced in legal academia that has now become a “catchall term” for discussions of race and racism. The states mean business and seek to enforce their new or proposed laws by prohibiting state funding for teaching the banned content, withholding funding to local educational agencies or schools in violation, subjecting offending teachers to disciplinary action, and allowing those aggrieved to bring an action at law or equity. More of these anti-critical race theory laws appear to be coming, as there are bills pending in more than a dozen states with provisions virtually identical to those in already-enacted statutes. Commentators have expressed alarm, describing the laws as “content-and viewpoint-based state censorship,” an infringement “on the right of faculty to teach and of students to learn,” and “an attack on democracy.”

A closer examination of these laws is in order. My own view is that some of the provisions in these laws are actually commendable, reflecting societal acknowledgment of the problem of racism and a commitment toward racial equality and justice. But about other provisions and their practical application, I raise several questions, concerns, and doubts. Examining the anti-critical race theory laws as a whole, I ask whether they might ultimately advance the much-maligned theory's standing and legitimacy. With this background in place, I devote the rest of the discussion to the impact of these laws on Americans neither White nor Black, but of Asian descent. Questions arise in this setting too, making the new laws even more dubious. I also seize the opportunity to ask whether legislatures, while at work on education legislation, might consider including the Asian American experience in the school curriculum, especially given these divisive and polarizing times.

The Supreme Court has noted that “the education of the Nation's youth is primarily the responsibility of parents, teachers, and state and local school officials.” Perhaps the first in this triad has been the most vocal, and its outcry is leading to new state laws. “[P]arents matter,” indeed. Ultimately then, parents and policymakers will have to decide what type of instruction they wish their students to have in schools relating to race, racism, and the rule and the role of law in American history and the country today. They must also decide whether it is in their community's interest to allow or require some study of the experience of those who comprise approximately 6% of the country's population. “Public schools are where a society transmits values and beliefs ....”

Edward W. Hinton Professor of Law, University of Missouri. I thank John Barkai and R. Lawrence Dessem for their comments and suggestions on a previous version of this essay.