Recalculating ESSA to Account for “Every Student:” The Need to Eliminate “Subtractive Schooling” Among Latino Boys and Fund Culturally Responsive Teaching 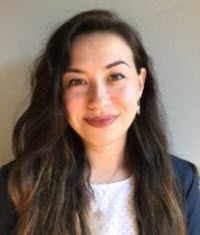 “Boys don't cry, you are a man,” is the message my student, Manny, recalls from his earliest confrontation with machismo. The incident involved an encounter with his father when Manny was crying as a toddler. When Manny could not articulate a reason to explain his emotions, his father said, “stop crying or I will hit you so you can actually cry about something.” This experience taught him that “being a man,” according to his father's worldview, required not showing emotion or weakness.

Manny is now a first-generation high school graduate and the oldest child of two Mexican migrants. Manny aspires to be a professional boxer, attend college, and is currently waiting to start his military training. He is family-oriented, strong-headed, and motivated. In school, Manny was known for his leadership, athletic ability, and erratic behavior.

Manny's story--one of emotional trauma beginning at a young age--is very near and dear to me, but it is not unusual. Arguably, Manny's dedication to his own improvement puts a positive spin on a very serious and systemic problem. Manny, unlike many other Latino boys, was never entangled in the legal system and proceeded to graduate high school, despite the increased risk of dropping out. Ultimately, Manny and I agreed that some of his issues could have been alleviated through modern education reforms, namely culturally relevant curriculum and restorative justice programs. Indeed, these educational programs have improved the lives of many minority children and should be pursued by lawmakers seeking to enact sorely needed education reform legislation.

These statistics indicate several truths, both positive and negative. First, Latino youth represented roughly a quarter of the student population in 2015-16. As the Latino community grows, the proportion of Latino children in schools will correspondingly increase. While the data indicates that more Latino youth are persisting and remaining in school, Latino boys are still more at-risk of dropping out of school than any other ethnic and racial group. Importantly, as student retention increases, more Latino youth are subject to the content and knowledge that schools impart on them. This presents an opportunity for schools to educate Latino boys--from an early age-- about engrained cultural behaviors that make them more susceptible to dropping out of school and engaging in problematic behavior. For instance, machismo and similar learned behaviors can have devastating effects on the educational and personal development of Latino boys. Furthermore, because Latino students are disproportionately suspended and expelled, they also may benefit from restorative justice programs in school discipline as an alternative to exclusionary measures. In fact, many school districts across the country have implemented these programs and have seen positive results and reduced disparities.

Schools, state legislatures, and the federal government can and must actively participate in dismantling the misconceptions associated with cultural practices like machismo. In the public education realm, this process should include expanding culturally relevant curriculum and restorative justice programs. While most legal scholarship related to education reform and school discipline focuses on the disparate impacts of the “school to prison pipeline” (StPP) on Black and African American boys, this Comment demonstrates the unique experiences and consequences of the StPP for Latino boys--a group that remains at increased likelihood of educational failure and entanglement with the criminal justice system. This Comment will focus its analysis on the federal government's role in public education and its ability to foster equity through new legislation. Indeed, the Biden Administration, along with a new Democrat-controlled Congress, should pursue a central role in reforming public education policy to combat the continued, harmful racial disparities in achievement and school discipline.

Generally speaking, the Biden Administration (and Congress) has three options: propose brand new legislation, do nothing, or revamp the Every Student Succeeds Act (ESSA). Each of these options present its own challenges. First, although most appealing, implementing new legislation will require time. The second option is to do nothing, leaving ESSA (a policy enacted while Biden served as vice president) unmodified. As noted by many other legal scholars, ESSA effectively revoked all federal government control to regulate the public education system, leaving the bulk of education regulation to states and local government. While ESSA was well-intentioned, its framework has proven ineffective in meaningfully improving student achievement and reducing racial disparities. Continuing to permit the use of a broken system is not sufficient and, similarly, will only contribute to the rapid decline of equity in public education. Thus, the administration would be well-served to choose the moderate option--modifying ESSA to remedy its significant flaws, most pressingly the persisting inequity in public education.

This Comment proposes necessary reform to ESSA by recommending that the federal government mandates terms to improve student equality before allocating funding to schools. The Comment proceeds in four parts. Part I provides historical background on the three major federal legislative initiatives to reform public education: the Elementary and Secondary Education Act (1965), No Child Left Behind (2002), and the Every Student Succeeds Act (2015). Part I also overviews the Spending Clause of the Constitution and its role in crafting legislation that conditions federal funding to states. Part II consists of an analysis of the social and cultural factors that impact Latino boys. Part III overviews two key areas of school reform which should be addressed by the next iteration of the ESSA: the implementation of culturally responsive curriculum and shifting to alternative disciplinary practices like restorative justice. Part III also analyzes California's implementation of these practices, and the respective level of effectiveness they are achieving among Latino boys. Part IV details how ESSA can be modified to condition federal funds--in accordance with the United States Supreme Court's Spending Clause jurisprudence--on states' implementation of culturally responsive teaching and restorative justice programs. Part IV specifically advocates for such an amendment, identifying the improved outcomes among Latino boys (and all students) that can be achieved by such legislation, and ties these equity-driven proposals back to the historical roots of the federal government's role in public education.

Unpacking Manny's memory solidified my belief that combating machismo among Latino boys is a crucial element of education reform. As discussed, this can be effectively accomplished through expanding culturally responsive teaching practices and implementing restorative justice programs. Today, Manny recognizes that the machismo engrained in his family's culture stunted his personal and educational development and he has worked hard to improve himself in recent years. While Manny's commitment to bettering himself is admirable, many similarly situated boys will end up on a darker path without further intervention. This should not be accepted as the norm among Latino boys, nor any other historically marginalized group.

This Comment explored the scope of the federal government's spending power, critiqued current educational policy, and provided recommendations for improving ESSA to endorse critical developments in educational pedagogy and alternative measures of student success. Although CRT and restorative justice practices are relatively new, they show great potential for the Latino community and other communities of color. Accordingly, this Comment strongly encourages Congress to intervene and condition state supplanted funding to adopt culturally responsive teaching and restorative justice practices by using California as a model. Prioritizing CRT and restorative justice will only further the education goals established under the ESEA while simultaneously improving the educational system for students of color--and for all.