The Root and Branches of Structural School Racism in Missouri: a Story of Failure by Design and the Illusion and Hypocrisy of School Choice

Excerpted From: Kimberly Jade Norwood and Ronald Alan Norwood, The Root and Branches of Structural School Racism in Missouri: a Story of Failure by Design and the Illusion and Hypocrisy of School Choice, 67 Washington University Journal of Law & Policy 293 (2022) (314 Footnotes) (Full Document) 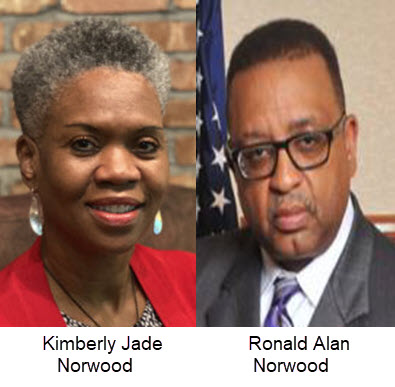 Missouri, a slave state, was admitted into the Union as part of the Missouri Compromise in 1821. Since that time, the State legislature has thrown up roadblocks over many decades to prevent, outright obstruct, and/or impede the education of its Black residents. Whether it was the criminalization of teaching enslaved Blacks to read or write; the employment of anti-literacy laws; the constitutional enshrinement of its mandate requiring racially segregated schools; the refusal to immediately follow the dictates of Brown v. Board of Education (Brown); the steadfast refusal to acknowledge and remediate its shameful facilitation of dual educational systems, one for Black students and one for White students; or the underfunding of its historically Black colleges and universities, Missouri has made clear that the root and branches of its “separate and unequal” educational system will continue unabated.

More recently, the State--via public school privatization established under the guise of “school choice” and through the use of charter schools and vouchers--has set up a dual system of competition--that pits public schools against charter schools and private schools--within its never fully remediated K-12 dual system. This new dual system not only financially bleeds majority Black urban school districts of critical funding, but also could lead to the demise of public education as we know it.

Using two examples--first, the education of children in the majority Black St. Louis public school district (SLPSD; the District); and second, the education of Black students in the State's two historically black college and universities (HBCUs), this Article analyzes how legislative actions and inactions have hindered the education of Black, underprivileged students. Part I will look briefly at the early history of education of Blacks in Missouri. Using SLPSD as an example, with some references to its actions in the Kansas City public school district (KCPSD), Part II will examine how the State relentlessly fought school desegregation at every turn, and eventually spearheaded its end despite the fact that schools were not fully desegregated, and despite evidence that court-ordered desegregation was actually working. Part III will look at additional financial drains on the SLPSD, advanced under the ruse of school choice that have--in the case of charter schools--and will--in the case of the newly enacted voucher law--further hamper the efforts of the majority Black SLPSD and other majority Black school districts to provide quality education for the students who are unable to transition to a charter school or use a voucher to attend some other independent school. This Part will also reveal the hypocrisy of Missouri's claimed concern for school choice by examining how the State impeded school choice in the case of the Normandy Schools Collaborative (NSC). The story of the NSC will demonstrate that “choice” is rarely a consideration for the State when it comes to the disadvantaged Black students the State claims to have in mind. Part IV will shift to the State's two HBCUs, Harris-Stowe State University and Lincoln University, and demonstrate how Missouri lawmakers have chronically underfunded these two institutions and how State roadblocks that began in the nineteenth century continue to prevent Black students from receiving a quality education in the twenty-first century.

Draining resources from public schools has already undermined districts around the country, especially those serving low-income and minority students. Time is short for rescuing and improving public education. Destroying it will not require privatizing the entire system or anything near that. We are watching death by a thousand cuts.

“The question isn't why [HBCUs] still exist; the issue is really, how excellent can we be? We are an essential part of the fabric of higher education because of the contribution we make to diversifying many fields. Clearly, the outcomes from the HBCUs speak for themselves. So, what we have to do is make sure they're as strong as possible so they can fulfill and continue to fulfill that role as strongly as possible.”

Because of the breadth and depth of the structural racism that has existed and currently exists at all levels of Missouri's educational apparatus, this Article only scratches the surface of how over a century of structural public school racism in Missouri has thwarted and is thwarting the ability of Blacks to obtain a quality education, on par with those educational opportunities afforded White students. However, the truisms amply supported by the historical and current data highlighted in this piece are summarized as follows.

Prior to Brown, the State of Missouri deprived Blacks of equal educational opportunities in various, hideous ways. Whether it was the outright criminal prohibition of education of Blacks, the constitutional and discriminatory mandate of separate and unequal in K-12 and higher education, or the facilitation of a dual system of education for Blacks that was inherently inferior to that afforded to Whites and conducted in inferior school buildings with substandard resources, Missouri has historically denied Blacks quality educational opportunities based solely on the color of their skin.

Once the scourge of separate but equal in public education was outlawed by the Supreme Court, Missouri dragged its feet for almost two decades, prompting federal lawsuits in St. Louis and Kansas City designed to force compliance. Throughout those two desegregation remediation lawsuits, Missouri vigorously and relentlessly fought all efforts to make things right by refusing to acknowledge how its decades of discriminatory laws, policies, and practices worked to deny generations of Blacks the fundamental right to be educated on par with its White residents. The State was active in resisting any attempt to fashion a remedy that would level the playing field and redress over one hundred years of segregated public schools. Ultimately, the federal courts had to force the State's compliance by mandating that it begin paying for desegregation remediation programs that, in the short-term, offered some small measure of recompense and hope for future generations of Black students.

This compliance was short-lived. As soon as legal avenues opened for Missouri to seek partial unitary status and derail what by all measures were successful desegregation remediation programs, Missouri jumped at the chance to jettison those successful programs and leverage partial unitary status to achieve premature settlements and an end to Court supervision. The State's lack of good faith and lack of commitment to honoring any of the promises made in both desegregation settlements quickly became evident when it sought to change state law to deprive both SLPSD and KCPSD of agreed-upon, post-litigation funding designed to continue the operation of desegregation remediation programs.

Once unshackled from court supervision, the State created a new type of dual system. The dual system reflected in the racially segregated and unequal system left in place post-settlement was then infused with another layer of duality under the guise of “school choice.” School choice here serves to privatize public education in mostly Black urban school districts in the form of charter schools controlled by neither the State nor local, predominantly Black residents. This privatization depletes already limited public education funding, which has ultimately wreaked havoc on SLPSD and KCPSD and those mostly Black students who do not attend charter schools.

Undeterred, the State is doubling down on experimenting with public school privatization by implementing a voucher program promoted as a further school choice effort to help poor students. The national data reveals voucher programs do not work for poor students or most students with special education needs. Rather, they ultimately become a subsidy for the mostly White students of parents with means to send their children to private schools. In Missouri, taxpayers who donate to this subsidy get a nice benefit of their own in the form of a tax credit. And sadly, as has been the case with charter schools, for each student that leaves those mostly Black public school district, that district will be deprived of much-needed funding to cover the fixed and other costs required to maintain the district.

In a more blatantly sinister move that demonstrates the State's hypocrisy on the issue of choice, Missouri was sternly rebuked by the court for further attempting to deny parents and students in the majority Black Normandy School Collaborative from exercising their choice for a better education afforded under the transfer law, after ignoring NSC's unaccredited status for two decades, which precluded students from transferring.

Missouri's structural racism likewise persists in its originally separate and woefully unequal HBCUs. Created because of the State's prohibition against racially integrated eductation, Missouri's HBCUs--designated as open enrollment institutions and charged with filling educational deficiencies of students graduating from under-resourced K-12 schools--have been forced to survive with meager funding and deteriorating facilities. Despite the fact that these institutions require more resources to educate the disadvantaged college students that they serve and have much older and antiquated facilities, Missouri--which ranks at the very bottom nationally in higher education funding generally--refuses to take the bold legislative actions needed to provide the necessary resources to close the widening gap between its HBCUs and other higher learning institutions, a gap created and perpetuated by structural racism. And, in the case of Lincoln University, Missouri continues to leave federal dollars on the table by consistently refusing to match federal land-grant dollars in the same way that it matches those federal land-grant dollars for its flagship institution the University of Missouri.

As this article has demonstrated, Missouri has had a long, shameful history of segregation and discrimination in public education. Its underfunding of HBCUs; its vigorous opposition to desegregation litigation and efforts to divert monies targeted as desegregation remediation; and its current hypocritical use of so-called “school choice” programs--that, while touted as the cure for underperforming schools, are excluded from the opportunity to also “cure” many of the predominately White rural districts also suffering academically--point to the conclusion: the State's assault on the rights of Black students to receive a quality education in Missouri on par with White students in White majority districts, first implemented in 1821, continues unabated in 2021.