Discipline Outside the Schoolhouse Doors: Anti-Black Racism and the Exclusion of Black Caregivers 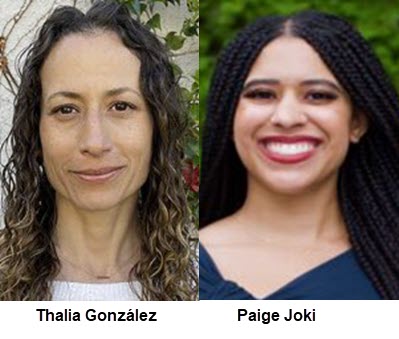 Critical race theory is a powerful framework in the domain of education justice. It serves not only as a theoretical tool for descriptively analyzing school inequity, but is also deployable for critiquing institutions, movements, and dominant logics within education justice. In defining the critical race theory “revolution” and, more specifically, how it has been instrumental in shaping how “legal scholars think and write about race,” Angela Harris draws attention to its methodological commitment to social reflexivity and the use of storytelling:

CRT scholars, in dramatic opposition to this norm, employed “storytelling” in their work. Williams, for instance, liberally employs first-person narrative in her book, weaving personal stories and striking visual images into dense passages of legal theory. Bell and Delgado became famous for their use of fables and dialogues with fictional characters as means by which to criticize law and racial politics. “Storytelling” as a method of scholarship has been criticized by some within the legal academy as an attack on truth itself. Its use, however, focuses CRT directly on the problem of knowledge, insisting on social reflexivity and rejecting traditional legal scholarship's belief in a “view from nowhere.”

Thus, critical race theory can be understood as a praxis that develops ground truths from the lived experiences of marginalized people through the use of counternarratives. In the context of our work, critical race theory shines light on narratives previously left out of the traditional domains of civil rights and education justice. The impact of education laws is not single axis; rather, they are multi-axial and exist within a larger ecosystem of control and punishment that criminalizes Black people--whether they are students or not.

In this Essay, we use Nyla's story to construct a counternarrative to invite examination, not only of the architecture of an education system built, nourished, and sustained upon a foundation of white supremacy and anti-Black racism, but to expose how Black women uniquely experience race and sex discrimination at the hands of state actors. First entering the legal lexicon in 1989, Kimberlé Williams Crenshaw's use of the term “intersectionality” has been widely adopted to capture the compounded legal, social, political, and economic matrices of oppression that Black women and girls face. As Michele Goodwin writes in the context of Breonna Taylor's murder, “the function of women's erasure serves to preserve social norms, positions of power, and sex-based hierarchies” and that “women of color may suffer a unique invisibility, because they fall through the cracks of race and sex identities and social movements.” Particularly so for Black women as “there is a lingering mark and contradiction of Black womanhood, the necessary, maligned social scapegoat against which a society seeped in a history of racism defines her.” We agree with Professor Goodwin when she queries, “how can we take seriously the travails of women, including the most vulnerable among them, if we do not take into account their stories and life journeys?” It is within this domain of critical race theory or, more aptly, critical race feminism that we--an activist-scholar and an education civil rights attorney--seek to intervene. We assert that Nyla's narrative holds the promise to expose, contextualize, and demand a more transformative agenda for education equity.

Exclusion and punishment are not the lessons our schools should be teaching, but they are nonetheless the lessons that many children learn because of these abusive and discriminatory policies. To address this crisis of unchecked intersectional systemic discrimination, we argue for the expansion of the current school discipline movement to include dismantling education laws, policies, and practices that reinforce the oppressive narrative that students and families of color are expendable members of the school community.

This white supremist narrative should not be tolerated, replicated, or sustained. We underscore the imperative need for new collaborative, transformative, intersectional, and inclusive frameworks for civil rights attorneys and education justice advocates and scholars alike. In the face of renewed white nationalism and the attacks on critical race theory, we must remain grounded in a commitment to counteract the systems, laws, policies, and anti-Black norms that have long fueled discrimination, perpetuated racial inequities, and manifested racialized harms.

For Nyla, the many that have come before her, and those likely to come after, the time has come to expand the landscape of education law and policy reform. When asked, Nyla has clarity as to what an equitable educational future means for both her daughter and for her community:

We need to grab ahold not only of our children, but we need to grab and pull and hold our system accountable to make sure our children are getting the proper education .... We need to strive to become like a village. Without that, these kids and parents will feel like I feel; that we failed our children because of how the system is set, and because [caregivers] don't know their rights. Without unity and this village, we cannot help this system.

In her visioning, Nyla also dreams for her daughter, “I want the best along with the better.” So must we.

Paige Joki is a Staff Attorney at the Education Law Center-Pennsylvania.