Amerikkkan Schools: How Anti-Black Racial Inequity Is Perpetuated by the Public School System with Help from Modern Courts 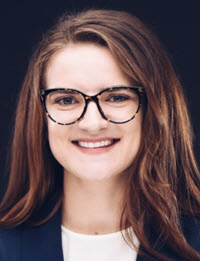 I once stood at the head of a predominately Black American classroom as a white teacher facilitating a discussion with my students about their right to an education. I believed then, like so many, that children in America were Constitutionally entitled to such. A quick Google search, “constitutional right to education” produces a featured snippet from the American Civil Liberties Union (ACLU) which claims, “Yes! All kids living in the United States have the right to a free public education. And the Constitution requires that all kids be given equal educational opportunity no matter what their race, ethnic background, religion, or sex, or whether they are rich or poor, citizen or non-citizen.” This careful wording eludes the ultimate truth that children in America are not Constitutionally entitled to an education.

Education is not afforded explicit constitutional protection, the word “education” is not mentioned once in the United States Constitution. Further, the Supreme Court has ruled definitively that there is no basis for saying it is implicitly protected. This lack of right to education, coupled with things like segregation, disparate funding and over-surveillance or policing in schools has a disproportionate negative impact on Black communities and communities of color like the ones I aimed to serve as an educator.

As a result, not only are students at risk of receiving an inadequate education but it has been said that “[students] attend schools in name only, characterized by slum-like conditions, and lacking in the most basic educational opportunities that children elsewhere ... throughout the nation take for granted.”

Part II of this note will look at the history of anti-Blackness in American education. Part III will address a few of the factors that contribute to the perpetuation of those historical inequities in today's American public schools, including a) segregation, b) disparate funding, c) the myth of school choice, and d) other contributing factors including the segregation and policing of Black students within schools. Part IV and V will look at the educational outcomes of impacted students and discuss the implications of these realities on key stakeholders, domestic and foreign. Part VI will propose alternative options for forward progress towards ending anti-Black inequity in American public schools, once and for all.

Beyond ratifying the Convention and upholding the expectations contained therein, the United States must recognize a fundamental right to education in order to properly seek out equity. The relegation of advancing educational equity to the states, and the effectiveness of those efforts, has been applauded by legal scholars including Justice Brennan who called it “an important and highly significant development for our constitutional jurisprudence and for our concept of federalism.” Despite successes like the ones seen in New Jersey in the wake of Abbott, relegation to the states has largely failed, and real students are missing out on equitable educations while we wait. For this reason, despite the fact that education is not explicitly protected by the Constitution, the Supreme Court should overrule San Antonio - which some argue has already been rendered useless by federal policies including No Child Left Behind - and recognize a fundamental right to an equitable public education with a baseline for literacy as protected by the Fourteenth Amendment. Quoting Justice Marshall's dissent in San Antonio,

The discriminatory impact of the United States' educational system is apparent, and it is time America did something to make a permanent change. Gary B v. Whitmer provided a perfect opportunity to grant certiorari and weigh in on the issue; however, after the Sixth Circuit held contrarily to San Antonio that students do have a fundamental right to education, the ruling was vacated to be reheard en banc.

Other powerful and likely more probable solutions, considering the current constitution of the Supreme Court, include effectively integrating schools as well as equitably reforming public-school funding.