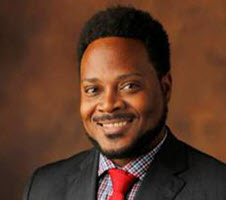 In the United States, urban public schools are closing at an outstanding pace. In 2013, Chicago Public Schools (CPS) alone closed forty-nine public schools. Urban public school districts like CPS justify closures by citing district-wide population declines and within-district demographic shifts among the school-aged population. Districts argue that closures are necessary to save millions of dollars caused by operating “underutilized” schools. Recovered funds, districts maintain, can be allocated to support improvements in instruction and student supports. Thus, the argument goes, school closures are mutually beneficial to districts in pursuit of more efficient management, students who would receive better instruction, and taxpaying voters who do not need to approve of spending referenda to fund these efforts.

For their part, school-closure opponents charge that the “underutilization” and “underperformance” narratives are merely superficially neutral justifications to deprive vulnerable children of color access to educational opportunities. As is the case with many educational rights arguments, opponents' claims cannot both be argued with due process and equal protection rhetoric. The most commonly articulated equal protection claim has opponents alleging that school closures disproportionately impact African-American and Latinx students living in higher poverty neighborhoods. Communities' concerns appear supported by the facts on the ground: the majority of schools closed--and the majority of students affected by school closures across the U.S.--are predominantly low-income African-American and Latinx. In Chicago, for example, all of the forty-nine schools CPS closed in 2013 served mostly low-income students of color. In a year when African-Americans were forty percent of CPS students, they were eighty-eight percent of students affected by school closures. Less well-established, but frequently asserted, are claims that districts intentionally target students of color and the schools they serve for closure.

Despite these claims, opponents have been unable to stop districts from closing schools. I argue that opponents' failure to stop school closures is linked to two related phenomena. First, when evaluating these cases, federal courts have identified the access to educational opportunities question as a due-process property interest rather than one of equal protection, as school-closure opponents' arguments might suggest. Second, because property interests are rooted in state laws, federal courts construe the scope of federal-law interventions in this arena narrowly, which frustrates opponents' more expansive understanding of their interests in school property. I explore these competing educational property interests in Part II of this article.

Having shown how legal and community-based concepts of school property are at fundamental odds with each other; in Part III, I use a critical discourse analysis (CDA) of the school-closure hearings for William H. King (King) Elementary School as a case study to show how this incongruence becomes most apparent and consequential during the school-closure process. I uncover meaningful differences in the approaches districts and community members use to assert their property interests in schools slated for closure. Relatedly, I find meaningful disagreements among stakeholders in what metrics should matter when evaluating the school's capacity or performance; differences in logical style and the logics themselves; reliance upon different sources and types of evidence; and ultimate disagreements in who should determine whether a school should close. Education philosopher Jacob Fay's adaptation of Nancy Fraser's language of “abnormal justice” might help to explain this phenomenon as one pitting formal justice processes against community perceptions of “maldistribution,” “misrepresentation,” and “misrecognition.”

In Part IV, I offer property scholar Bernadette Atuahene's conception of a “dignity taking” to understand how the 2013 CPS school-closure process effected abnormal justice on affected communities. First, I show how Illinois law gives CPS unregulated authority to set the terms of and conduct school-closure hearings without input from affected communities, a form of “misrecognition.” Second, I show how this legally authorized apparatus sets the stage for CPS to “misrepresent” community property interests in their schools through dismissive behavior toward both community members and independent hearing officers; a phenomenon that would extend Atuahene's concept of “infantilization” beyond individuals to encompass group-level harms. Finally, I show how the guarantee of impunity allows CPS to act in ways that deprives school communities of access to their schools, a “maldistribution” that takes not only property and dignity, but leads to “community destruction.” I conclude in Part V with implications for procedural and substantive law, as well as a charge.

Understanding how formalized school-closure processes might effect a dignity taking might go a way toward understanding how cumulative perceived injustice converges with the actual abandonment of entire communities by educational systems to create the “educational desert”--an absence of available, safe, opportunity-yielding educational options. A common reason why cases seeking to enjoin school closures fail is lack of evidence of direct harm. As retrospective evidence of harm emerges, mapping the transformation of former schools in predominantly African- American and Latinx neighborhoods into educational deserts will be important for both remedying the instant effects on affected students and communities and discouraging courts from allowing similar harms to affect different student and community groups for lack of conclusive evidence. Rather than accepting “institutional mourning,” which sociologist of education Eve Ewing introduces as a way to understand how students, families, and communities affected by school closures cope with and attempt to move on from adverse school actions, this paper calls for and contributes to scholarship which empowers communities to save their valuable educational institutions.