Our Children's Burden: The Many-headed Hydra of the Educational Disenfranchisement of Black Children 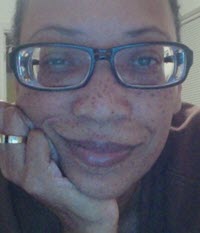 The Hydra was a mythical female water serpent created to destroy Hercules, the illegitimate human son of Zeus, King of the Gods. When he attempted to destroy the Hydra through traditional means by beheading it, Hercules was presented with a much larger and deadlier problem. For each head that was cut off, two sprung in its place, increasing and indeed multiplying Hercules' problem.

Given the failure of our country to end the effects of the educational disenfranchisement of Black people under de jure and de facto segregation, we must question whether educational segregation was the original Hydra or a resulting head.

While part of the problem may be that the public school system, Eurocentrically created, focused and run, has never made it its actual mission to educate all children equally and effectively, the problem has longer historical roots. We must, therefore, delve into the past to find the origins of our children's burden.

Regardless of its point of origin, each Hydratic point of disenfranchisement has had in the past, and still has a negative impact on Black children. The negative impact is more readily seen in discussions surrounding the effectiveness, or lack thereof, of desegregation and bussing.

While much has been written about the failure of desegregation, and the general failure of the American school system to educate the masses, especially those children of color who are going to be a majority of the school-aged population by the year 2050, few want to trace our current educational problems to the past. Yet, the past holds us in its grips. Much of today can and should be explained with a clear view of the past in mind. Only by understanding and identifying these links with the past can we begin to understand that constitutionally supported slavery bred intractable racism, which bred de jure and de facto educational disenfranchisement of a people, which bred the modern subeducation of black children, and which has now bred race/gender educational pedism.

This article places the current educational disenfranchisement of Black children in its proper historical context, by identifying the origins of the hostility and indifference that has led to wholesale subeducation of Black children.

Part II identifies the original racial Hydra as being constitutionally based.

Part IV discusses the modern educational disenfranchisement of Black children as a group that was a direct result of desegregation. Part V discusses a new and previously unexplored Hydratic head that is educationally disenfranchising an identifiable race/gender subgroup.

The moral taint that allowed the Framers to compromise the freedom and rights of the enslaved at the founding of this nation, continues to hold the nation in its grips, as Blacks continue to face wholesale racial discrimination as the slaves of society.

Justice Marshall opined that after the Civil War, a new, fairer, more equal Constitution arose, attempting to replace the morally compromised Constitution of 1787. Yet, even this new Constitution did not obtain equality for Blacks with the Civil War Amendments because any attack on the moral taint in the original Constitution created a many-headed Hydra. One of these vicious heads was the educational and intellectual disenfranchisement of a people. When the outward indicia of de jure educational segregation was attacked, from this educational Hydratic head sprung numerous other heads. Among them, the current transracial group-based educational pedism that all Black children are facing in the public schools as they are taught primarily by white teachers. Yet, the current educational disenfranchisement of Black children has a specific and peculiar race/gender face as Black boys are facing transracial and transgendered educational pedism as they are taught primarily by white female teachers.

Given the slight protection afforded Black children under educational segregation as to a child's day-to-day educational experiences, the effects of teacher-held racial hostility did not bear so heavily on Blacks as a group, or on Black boys as a subgroup. Now, however, there is a need to be concerned about the racial bias that teachers bring into the classroom. Unfortunately, “educators ... have neglected to ensure that our teacher and administrative job applicants are free from stereotyping and biases toward students who differ in race, ethnicity, religion, and so forth.”

Given that this racial hostility and indifference can be traced to the Constitution itself, it is difficult to ascertain how one kills a many-headed Hydra. Hercules killed his many-headed Hydra by burning off its heads. Today, we are not faced with any tangible “thing” to burn. Racism and white supremacy is elusive. It has no shape, size, or tangible structure. It is, therefore, difficult to identify and take hold of. It is also easily hidden, being masked by the stated good intentions of those who proclaim that they are not racist. We cannot, therefore, see racism and white supremacy if we limit our focus to what teachers say. To kill the many-headed Hydra of the educational disenfranchisement of Black children, we must begin to look at what people do. Indeed, we can only see white supremacy operating by looking at the racial effects, anti-racist protestations notwithstanding. This is particularly true in the public schools.

To kill our many-headed Hydra, we must have what the Framers lacked: moral resolve, the courage to name the unnamed and the courage to speak for the silenced. To do this, we need the facts. As the facts show, Black children are educationally disenfranchised in every aspect of public education. Thus, based on what teachers do, according to all of the above facts, Black children are being racially harmed in the school room.

Once presented with the facts, we must maintain our courage to find creative solutions. Indeed, as the many-headed Hydra of the educational disenfranchisement of Black children has shown itself to be flexible, metastasizing to fit new circumstances, so too must the remedies. Our remedies, however, to end white supremacy, especially in education, have not shown this form of flexibility. As a result, they have been shown to be ineffective.

As a nation, we were so focused on legal segregation that we had mistaken, at least momentarily, the root of the problem in the United States. The root of the problem was not de jure segregation or its twin de facto segregation. It was, instead, white supremacy. White supremacy created from and solidified in our constitutional consciousness by the Faustian bargain the Framers made with the South to protect slavery. It is this white supremacy and its effects that must be destroyed root and branch until the entire many-headed Hydra is defeated.