Educational Rights and Latinos: Tracking as a Form of Second Generation Discrimination 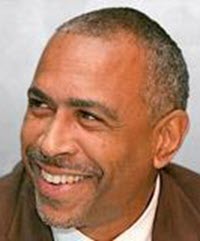 The cumulative effects of civil rights laws and policies have substantially eliminated official forms of racial discrimination. However, new forms of bias and discrimination remain firmly intact in institutional practices and procedures. Moreover, due to their more subtle nature, these insidious forms of racial discrimination constitute barriers to racial justice that are in many ways more difficult to overcome. This is particularly true for Latinos in the area of educational rights. Past efforts to promote civil rights in education focused on issues of access through desegregation of the public schools, and to a lesser extent a more equal distribution of resources. Current efforts focus on different issues including tracking, the cultural content of curriculum, language rights, educational leadership, and representation. Although fundamental principles of fairness and equity remain central to the new civil rights agenda, new complex and controversial issues arise, issues which may be much more difficult to address than the official forms of discrimination targeted by past civil rights efforts.

Several important differences between the past and present civil rights struggles in education must be understood. First, the civil rights efforts of the previous generation aimed at eliminating overt forms of blatant discrimination, while current efforts aim at overcoming less obvious covert forms of bias. This is not to say that the issues are any less important, or that their effects on Latinos in particular are any less pernicious. However, whereas past forms of discrimination, such as the prohibition against speaking Spanish in school, or restrictions on access for children of Mexican heritage to certain schools, were generally explicit and undeniable, present forms are often hidden and less obvious. For example, while no public educational institutions in the state of California officially deny access to Latino students, Latinos are vastly underrepresented in several schools and universities designated for academically advanced students. Such practices are not justified by arguments predicated on the racial inferiority of Latinos, but rather, academic standards and the restrictions created by the rising costs of education serve as effective “non-racial” explanations.

Second, even when a clear pattern of discrimination is discovered, identifying the cause of a problem and devising an appropriate solution now represents a much more complicated task due to the array of factors influencing any educational issue. In the past, discrimination was generally more easily recognized due to the overt manner in which it was carried out: racial exclusion was typically evident in official policies. However, in the current period, most official forms of racial exclusion have been eliminated and discriminatory practices tend to be disguised. For example, while in several school districts across the country Latino students are disproportionately tracked into special education or classes for low ability students, attributing cause or determining how to assign blame is not easy. The consistency of such patterns suggests the presence of discrimination. The question thus becomes: How does one separate the influence of bias on the part of teachers and guidance counselors from the role of parents, or determine how much weight to assign to the inherent cultural bias used in assessment of intelligence without full consideration of the effects of socio-economic and environmental factors? The complexity of the issues does not necessarily negate the existence of discrimination. However, it does render the task of devising a strategy based upon a new set of policies and procedures a formidable challenge.

Finally, due to the hostility of the current political climate, the effort to wage effective struggles to advance educational rights for Latinos becomes an even more arduous task. Once, allies in state legislatures and the courts could be counted on to support civil rights issues. Now, garnering their support has become increasingly difficult. The utility of anti-immigration stances as a campaign strategy for politicians, combined with the relatively small number of registered Latino voters, has reduced the leverage that Latino organizations can exert to obtain political support on educational issues. Moreover, because generating consensus among Latinos around educational issues such as bilingual education has often proved difficult, the development of strategies for addressing the issue has been hindered. Lastly, coalition building among constituencies sharing similar interests is more difficult now than in the past as competition for shrinking resources fuels inter-ethnic conflict, and groups become more receptive to nationalist and ethnocentric perspectives.

This paper was written to contribute to the understanding of how racial bias influences tracking or ability grouping, and how school culture and interactions between Latino students, teachers, and administrators affect the ways in which students are sorted. Tracking has been described by Meier and Stewart as an example of “second generation discrimination.” The term is used to distinguish past forms of explicit or de facto segregation from discriminatory practices which have the same effect of separating Latino students from White students, even though they are not officially designed for that purpose. Meier and Stewart identify the ways in which schools use academic grouping and discipline to deny Hispanic students opportunities offered to Anglo students, as specific examples of second generation discrimination.

Meier and Stewart analyze a vast array of educational data (i.e., suspension and expulsion rates, graduation rates, enrollment rates in various academic tracks, etc.,) to support their contention that patterns of separation and discrimination continue. While the overwhelming consistency of the trends they identify suggests that discrimination influences outcomes for students, the numbers do not speak for themselves, and therefore require interpretation. Despite the evidence they amass, the two authors grudgingly acknowledge the limitations of their work:

In every case where policy reflects positively on a student, Hispanic students are underrepresented. In every case where the policy reflects negatively on a student, Hispanic students are overrepresented. Such consistency does not prove that the policies are discriminatory; but given such a clear pattern, one should be skeptical about claims that academic grouping and discipline are merely good educational practices.

By providing a new source of data, this paper seeks to support the findings of Meier and Stewart, that ability grouping does in fact represent a new form of discrimination against Latino students. Instead of relying upon a quantitative analysis of a larger sample population, I will base my analysis upon a qualitative, ethnographic study carried out in Lockwood, a small school district in Northern California. I intend to use a more intensive analysis of a single school district to illuminate the ways in which tracking affects the educational attainment of Latino students, and, in so doing, to illuminate how such practices function as a form of second generation discrimination.

For parents, teachers and others who want to see a reversal in these patterns, the question remains: What can be done to improve the educational experience of Latino students? Clearly, the forms of intervention that will be needed to address problems like tracking will differ substantially from the remedies used to address discrimination in the past. Court orders and consent decrees may neither be forthcoming, nor are they likely to bring about the kind of change in school culture that is needed to rectify the situation. To the extent that tracking practices are influenced by subtle or even unconscious forms of bias, changes in policies and procedures alone will not necessarily produce a change in the attitudes and behavior of students and teachers. Even if the Lockwood School Board were to pass a policy banning tracking in schools, it is very likely that new ways of sorting students would replace the old, since attitudes about the practice are rooted in assumptions about the intellectual potential of students.

Given the challenges confronting future civil rights efforts in education, it is especially important that issues be framed precisely and proposed remedies carefully designed to overcome the pitfalls and potential obstructions to successful attainment of collective goals. There is undoubtedly no way to avoid controversy and concerted opposition around issues like tracking and bilingual education, but lessons derived from past experience should remind us that strategies developed through a careful and thorough analysis of issues are almost always more effective than protests driven primarily by emotion and spontaneity. While walk-outs by students, such as those that occurred in California at several high schools and colleges in the fall of 1993, are an effective way of drawing attention to issues, such actions certainly can not be seen as a replacement for a more well thought out and deliberate strategy. Similarly, although objections raised by parents at local school board meetings aimed at blocking the approval of the Houghton Mifflin social studies text books were successful in raising awareness about the cultural bias of school curricula, in the end most school districts approved the texts and the issue remains largely unresolved.

The courts will undoubtedly continue to play a major role in efforts to promote civil rights struggles in education. However, much of the effort to address second generation forms of discrimination will undoubtedly be subsumed within broader efforts to reform and improve public schools. As pressure mounts for the schools to improve the ways in which they educate and serve students, new initiatives for raising academic achievement will be considered. Efforts to initiate heterogeneous grouping or to promote a form of bilingual education that does not stifle the academic attainment of students must be integral to the larger reform agenda. In light of the current xenophobic climate evidenced, in part, by growing hostility to providing services to immigrants, efforts to improve the education of Latinos generally, must not become marginalized or treated as an exclusively Latino issue. Most Latino students will continue attend schools where the majority of teachers and administrators are not Latino. Even without the leverage of the courts, we must find ways to make those responsible for educating Latino students accountable and responsive to the needs of our children.

Ph.D., School of Education, University of California at Berkeley