Excerpted from: Preston Sanchez and Rebecca Blum Martinez, A Watershed Moment in the Education of American Indians: a Judicial Strategy to Mandate the State of New Mexico to Meet the Unique Cultural and Linguistic Needs of American Indians in New Mexico Public Schools, 27 American University Journal of Gender, Social Policy and the Law 183 (2019) (176 Footnotes) (Full Document) 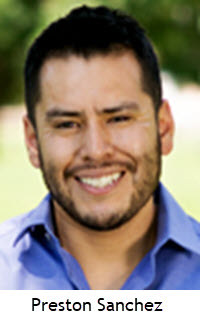 In 2014, several families and school districts sued the State of New Mexico for failing to provide all students a constitutionally sufficient system of education in violation of Article XII, Section 1 of the State Constitution. In the summer of 2017, the landmark case, Yazzie/Martinez v. State of New Mexico (Yazzie v. State) was tried before the First Judicial District Court. The Plaintiffs now await a court ruling that, if successful, would guarantee all New Mexico students a sufficient educational opportunity that prepares them to attend college, pursue a career, and participate fully in economic and political life. A particular aspect of the Yazzie case addresses the history of systemic discrimination experienced by American Indians, that intentionally sought to destroy their cultural ways of life, and the State's ongoing failure to address their unique cultural and linguistic needs. 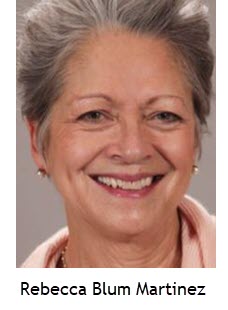 Part I of this paper seeks to explore the various political, cultural, educational and legal underpinnings leading to Yazzie.

Part III examines current state and federal laws that pertain to the education of American Indians.

In part, the Yazzie case is the advent of a watershed opportunity for policymakers, community leaders, education stakeholders, parents, and educators to understand the various historical, political, and legal factors affecting the education of American Indians. What remains true today about Native success, as it has historically been, is that proficiency scores in reading and math, high school graduation, or college readiness do not fully define educational success for American Indian students. In addition to the three Rs and proficiency in the core subjects, Indian educational success also means preparedness for tribal leadership roles and governmental and communal duties. It is imperative for Native students to develop positive, personal, and communal identities, which are intricately tied to their Native language and the traditions of their community. Developing and maintaining positive identities allows young people to take on leadership roles in their communities, which in turn contributes to the well-being of tribal communities.

Additionally, the Tribes know the meaning of educational success and can facilitate the development of indicators, which are both culturally and linguistically relevant and responsive, to measure student progress and overall educational outcomes. Therefore, state and tribal collaboration is of the utmost importance for American Indians to achieve educational success.

In anticipation of a court ruling in Yazzie, the New Mexico Center on Law and Poverty has brought together several convenings of state stakeholders to discuss and develop policy and funding recommendations. Stakeholders include leaders in Native American education, representative education specialists from state universities, representatives from community organizations, superintendents, social services experts and several attorneys from the Center.

In addition, New Mexico's nineteen Pueblos are working together to collectively identify the issues within the public education system that require both immediate and long-term solutions and the initiatives to improve the education for future generations. Most recently, the Santa Fe Indian School Leadership Institute recently held its annual Pueblo Convocation on July 8-10 of this year, where Pueblo governors and educational leaders presented on the work they and their communities have engaged in over the last ten years. The initiatives these communities have engaged in range from establishing native language and culture programs at different age levels to taking control of their schools and establishing higher education programs.

Preston Sanchez is an attorney at the New Mexico Center on Law and Poverty in Albuquerque, New Mexico, where he has worked primarily on high-impact litigation known as Yazzie/Martinez v. State of New Mexico

Rebecca Blum Martinez is Professor of Bilingual Education in the Department of Language Literacy and Socicultural Studies at the University of New Mexico, where she specializes in bilingualism, second language learning and language maintenance, and revitalization in language minority communities-- particularly Spanish-speaking and American Indian populations.