The Unfinished Business of Brown and School Integration 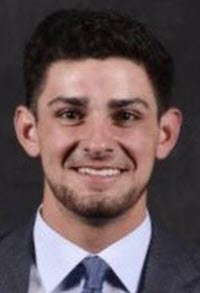 Racism, oppression, and segregation: all wounds from which the United States of America continues to feel the pain. Progress slowly began with the abolishment of slavery at the end of the Civil War. Thereafter, Reconstruction led to the Thirteenth Amendment, which eliminated slavery; the Fourteenth Amendment, which protects against the deprivation of “life, liberty, or property, without due process of law;” and the Fifteenth Amendment, which barred racial discrimination with respect to voting. Slaves were freed and protected under the Constitution, but blatant racism, deriving from the preceding two and a half centuries of forced servitude, still remained. In Plessy v. Ferguson, the Supreme Court affirmed racial segregation “by reasoning that racial equality [provided under the Fourteenth Amendment] did not require 'an enforced commingling of the two races.”’ The Court further concluded that, “[t]he object of the [Fourteenth Amendment] was undoubtedly to enforce the absolute equality of the two races before the law, but ___ it could not have intended to abolish distinctions based upon color[.]” In his dissenting opinion in Plessy, Justice Harlan accurately anticipated that the Court's decision would contribute to and, in some cases, further the enactment of Jim Crow laws. The Jim Crow laws--cemented in notions of racial inferiority--prohibited Blacks from entering or utilizing the same public facilities as their white counterparts.

During the 1950s and 1960s, commonly termed the “Civil Rights Era,” Black Americans made many strides. In 1954, after decades of Plessy precedent, which held that “separate but equal” was constitutional, the Court effectively overruled Plessy by finding “that in the field of public education the doctrine of 'separate but equal’ has no place.” In 1955, after simply finding a violation of equal protection but providing no remedy, in Brown II, the Court ordered the Black plaintiffs' admission to public schools “on a racially nondiscriminatory basis with all deliberate speed.” Collectively, Brown I and II are remembered for “chang [ing] the civil rights landscape in America forever by ending segregation in public school systems,” but the opinions' legacy is far removed from reality. The effects of Brown were not instantaneous and, still, many of the conditions Brown sought to remove are unchanged. The district courts' new and exclusive responsibility to order decrees pursuant to Brown, coupled with the Court's broad language, which demanded public schools to desegregate “with all deliberate speed,” eventually proved that Brown had little bite. Despite the misconceived belief that Brown ended public school segregation in the United States, in 1964--a decade after Brown I--ninety-eight percent of Black children in the South were still attending segregated schools.

In addition to the Brown holding, the Civil Rights Era resulted in Congress passing the Civil Rights Act of 1964 (“the Civil Rights Act,” or “the Act”), which entitles “all persons ___ to the full equal enjoyment of the goods, services, facilities, privileges, advantages, and accommodations of any place of public accommodation, ___ without discrimination or segregation on the ground of race, color, religion, or national origin.” The Civil Rights Act enabled the Attorney General to initiate suits against and enabled the government to withhold federal funds from schools who refused to integrate. By 1966, the Johnson administration had withheld federal funding from thirty-two school districts; by the end of the administration, in 1969, the government had terminated funding to more than one-hundred twenty school districts. Within five years of the enactment of the Civil Rights Act, nearly one-third of Black children in the South attended integrated schools. By 1973, the figure reached ninety-percent. Nonetheless, the Department of Justice's enforcement of the district courts' desegregation orders has lost momentum since the end of the Civil Rights Era.

Although the Civil Rights Act showed substantial and promising progress in its ability to enforce the Court's holding in Brown, there are still hundreds of outstanding court orders for school districts to desegregate public schools. Furthermore, the federal government's inaction following the issuance of these court orders has hindered progress; school districts largely ignore court orders or, once the court order is lifted, re-implement standards that are facially neutral yet discriminatory in effect. Meanwhile, the recordkeeping of court orders is in disarray.

Based on the aforementioned, this Comment argues that the federal government must provide concrete plans for school districts ordered to desegregate, enforce compliance through the use of Title VI federal fund termination and strict deadlines, and ensure there is no re-segregation once court orders are lifted. To this day, the country's reluctance deprives students of color across the country the opportunity of an equal education, as “the number of segregated schools, [i.e. schools where less than forty percent of students are white,] approximately doubled between 1996 and 2016.”

Specifically, Part II of this Comment will examine the United States' continuing problem of segregation within its public schools.

Part III will then examine the manner in which the Court has curtailed and limited district courts' discretion to pursue desegregation in public schools since the Civil Rights Era.

And Part V will propose how the Department of Justice and the judiciary can be most effective in ensuring each student has an equal educational opportunity.

As the Brown Court stated,”segregated public schools are not 'equal’ and cannot be made 'equal[.]”’ The time has come to implement broad measures to combat these elusive tactics and ensure that every student, regardless of race, has an equal educational opportunity.