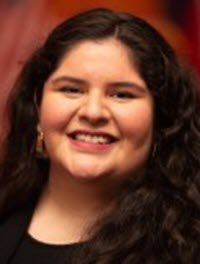 Few would argue, children's education is one of the most valued pieces of a successful society's foundation. Our founding fathers expressed this idea as they contemplated ways to ensure the survival of our democracy. Thomas Jefferson believed a general diffusion of knowledge was essential to maintain a democratic society. In 1779, he proposed a bill to provide three years of free education to male and female White children, where they would learn reading, writing, and arithmetic. The Supreme Court of the United States also expressed the essential nature of education in several famous cases. In Brown v. Board of Education, Chief Justice Warren stated education “is the very foundation of good citizenship .... [I]n these days, it is doubtful that any child may reasonably be expected to succeed in life if he is denied the opportunity of an education.” In Plyler v. Doe, Justice Brennan says, “education provides the basic tools by which individuals might lead economically productive lives to the benefit of us all .... [E]ducation has a fundamental role in maintaining the fabric of our society.”

Yet, despite how much we supposedly value education, the Supreme Court declined to recognize education as a fundamental right in San Antonio Indep. Sch. Dist. v. Rodriguez. In Rodriguez, the Mexican American parents of children attending school in Edgewood ISD brought an equal protection claim to attack the Texas school finance system. The suit was brought on behalf of school children who are members of minority groups and come from districts with a low property value base. The facts of the case showed a wide disparity in funding between Edgewood ISD, whose residents were 90% Mexican American and 6% African American, and Alamo Heights ISD, whose residents were only 18% Mexican American and 1% African American. Edgewood ISD had a property value per pupil averaging $5,960, while Alamo Heights ISD's average property value per pupil was more than $49,000. These numbers are significant because they are the bases from which the districts may tax. Though these numbers clearly showed the Texas school finance system discriminates against districts with low property wealth, the Court declined to establish wealth as a suspect class. In addition, the Court decided education is not a fundamental right because it is not adequately related to exercising First Amendment freedoms or the right to vote; the Court felt if it found otherwise, the rights to housing and food would deserve fundamental rights status. Consequently, the Court applied a rational basis standard rather than a strict scrutiny standard, and the Texas school finance system passed muster.

The holding of this case had numerous negative consequences for the state of education in the future. Had the Court recognized education as a fundamental right, the Texas Legislature would have been forced to modify the school finance system so school districts would have equal opportunity to receive equal funding. Though significant progress has been made in creating a less discriminatory system of funding, Texas schools are at the mercy of the legislature to ensure consistent funding without the protection of fundamental rights status.

In this Comment, I argue without further action, the improvements made to school finance through House Bill (HB) 3 will not survive the test of time, and any progress made will be lost to the whim of the legislature or the volatile nature of overdependency on sales taxes. Communities of color and communities experiencing poverty are the populations most impacted by losses to education finance; the students in these communities cannot afford to rely on promises lacking a concrete plan. Much of the allure of HB 3 is that the state has volunteered to contribute more of the money needed for school finance. However, because there is no long-term method for generating that revenue and reserving it for education, it could one day amount to nothing more than an “IOU.” In section II, I will briefly discuss how Texas arrived at the current state of school finance by looking at the first and last cases of the Edgewood saga. Additionally, I will describe the change in standard of a constitutional financial system from a measurable one of efficiency to the ambiguous and unworkable test of arbitrariness. In section III, I will briefly explain the basic mechanics of school finance. In section IV, I will discuss the positive and negative aspects of HB 3. Section V will cover methods that we, as a nation, have taken to address problems within our system of education and international methods other countries emphasize to ensure success. In section VI, I offer tangible and intangible solutions to address the problems with our school finance system in Texas.

We have long said we value education and we want to provide our children with a quality one. But that is not quite true. In reality, we have only valued education for some people. The problems that we face with inequitable funding which disfavors students who come from low-income communities stem from our past. When Thomas Jefferson proposed “A Bill for the More General Diffusion of Knowledge,” he attempted to bring the general public a step forward towards a system of free education. But he left communities of color behind. Whether such an expectation would have been practical at the time is not the issue. The point, here, is we have consistently left communities of color behind in our history and today is no exception. The education finance system was never built with both low-income and minority populations in mind. These groups have disproportionally felt the effects of inadequate funding primarily through higher teacher turnover rates and instability in enrichment programs, which significantly lessen the positive impact to the very students those programs are designed to help. All public schools, specifically low-income schools, are owed an assurance that state-contributed funding will come from both a stable and sustainable source of revenue. Hiding behind the argument “money does not matter” is unacceptable. As a Texan community, we need to change our thinking on how we view taxes. We must understand an investment in education for lower income schools is an investment that will benefit communities as a whole. A more specific solution to the instability of HB 3 is to reserve the revenue from HB 1525 for education finance. School districts should be proactive and consistently advocate for a more equitable system of funding; these districts must not wait to act until the system has become totally outdated for their needs. Concurrently, Texas schools need to elevate the profession of teaching by offering the best possible compensation packages and rely more on home-grown teacher models of employment as methods of retaining teachers because we know people who are employed in their hometown are more likely to stay there. The quality of education a child receives sets the stage for the rest of that child's life, and often the lives of those around them. Texas should invest in itself and actively seek to minimize inequities in our education finance system because children do not ask to be born, they do not get to choose how wealthy their families will be nor where they get to live. The quality of education children get and the start they have in life should not be determined by chance. We have a moral imperative to give every child an equal opportunity to a high-quality education.