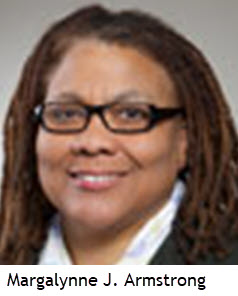 Every law student in the United States encounters the issue of race at some point during his or her legal education. At the very least, aspiring lawyers encounter race when studying the idea of equality in constitutional law. Issues of equality in U.S. constitutional history necessarily implicate racial justice, beginning with the Constitution's slavery compromises and the decision to count only taxed Native Americans and three-fifths of the slave population for purposes of determining state representation in Congress. The Fourteenth Amendment's guarantee of equal justice under the law generates cases, even today, that attempt to locate the parameters of racial equality. Race, as it arises in these contexts, usually concerns the treatment of people of color. This focus on race and racial justice highlights the role of law in relation to non-Whites. Yet these equality determinations implicitly situate people of color in relation to an invisible or undiscussed white norm.

The earliest racial equality cases under the Fourteenth Amendment involved attempts by people of color to receive the same treatment that the law accorded to Whites. Challenges to exclusion from white presence and from state institutions open only to Whites formed the second generation of racial equality cases. More recent equality cases have examined the permissibility of considering race as a factor in allocating access to an economy and to institutions that, even after the elimination of de jure racial segregation, continue to be dominated by Whites and white interests. Given the primacy of whiteness and white norms in the factual settings of equality cases, the role of whiteness in constructing equality should be a topic for thorough examination. But legal determinations of racial equality rarely explore whiteness, which remains the hidden but generative force that has propelled and continues to structure issues of race in American law. 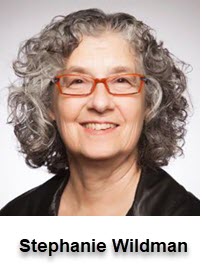 This Article posits that legal educators must develop an understanding of the role of whiteness in the construction of equality and teach future lawyers to do so as well. Professor John O. Calmore, whom this commemorative Issue honors, wrote of the need to "[challenge] the universality of white experience [and] judgment as the authoritative standard that binds people of color and normatively measures, directs, controls, and regulates the terms of proper thought, expression, presentment, and behavior." Identifying and confronting whiteness may prove to be key factors in moving the nation forward toward a more complete realization of racial equality.

This Article first examines the role of whiteness as the measure of equality for all people, even as that white norm remains unacknowledged. It then explores why whiteness often remains invisible during discussions of race. Two central reasons foster that invisibility: (1) the conflation of white privilege with white supremacy and (2) the societal insistence upon colorblindness. This Article suggests that legal educators, in order to train lawyers in the service of democracy, must not only teach about race and racial justice, but also discuss whiteness and white privilege as part of the racial dialogue. Legal education needs to counter colorblindness with color insight.

Because race is so central to the role of lawyers as professionals, this Article next considers race in the law school classroom and legal education's failure to consider race. Finally, this Article argues that teaching about whiteness necessitates setting a context for discussions about race and whiteness within law schools as institutions and in large, Socratic-style classrooms as well as within seminars.

The norm of whiteness continues to permeate U.S. society. It regenerates through the common tendency of Whites not to think about whiteness. It manifests as white privilege. The invisible knapsack articulated by Peggy McIntosh provides an easily understandable metaphor for that privilege. McIntosh explains that white privilege can be likened to "an invisible package of unearned assets." The holder of this package remains oblivious to its presence yet can reliably depend on its contents. McIntosh continues: "White privilege is like an invisible weightless knapsack of special provisions, assurances, tools, maps, guides, codebooks, passports, visas, clothes, compass, emergency gear, and blank checks." White privilege both benefits individuals and maintains systemic subordination of non-Whites. The rhetoric of colorblindness sustains this status quo by averting focus from racial injustice.

Color insight should displace colorblindness in order to move this diverse nation closer to the democratic ideal of "liberty and justice for all." Law and the legal profession should work together with communities seeking social justice. Legal educators share a responsibility for educating to develop color insight by teaching race and teaching the whiteness within race in law schools and in the law school classroom.

Teaching about whiteness by making whiteness visible embodies John Calmore's work. He described "a white social identity that presents itself as abstract individualism while masking its support from systems of dominance." Thus, teaching about race in this nation's law schools without examining whiteness does not go far enough to challenge white authority. The legal academy must name whiteness and make certain that how it teaches about race does not further obscure the role that whiteness plays within law. Teaching whiteness honors the work begun by John Calmore while moving the legal system toward color insight.

Margalynne J. Armstrong is an Associate Professor of Law at Santa Clara University

Stephanie M. Wildman is a Professor of Law and Director of the Center for Social Justice and Public Service at Santa Clara University.