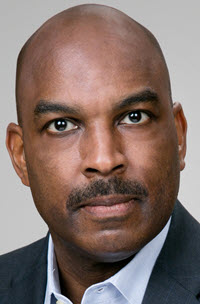 In October 2015, a group of Harvard Law School (HLS) students calling themselves “Royall Must Fall” announced their presence on both Facebook and Twitter, declaring their solidarity with the Rhodes Must Fall movement had called for the removal of a statue of Cecil Rhodes at the University of Cape Town. While the immediate concern of the Royall Must Fall students was the Law School's shield--HLS's symbolic crest was taken from the family crest of Isaac Royall Jr., an eighteenth-century slaveholder had a much broader agenda. The student protesters argued that removal of the existing shield would focus institutional memory on the “clear connection between the slave trade and the present” in the form of “structural racism” within modern institutions. “The Royall crest is merely one aspect of this broader justice project in creating an inclusive community,” the students wrote.

By early December 2015, the protesters had broadened their demands to include a Critical Race Theory Program; an Office of Diversity and Inclusion; a curriculum that includes marginalized voices and discussions of racism; “financial access to HLS”; a diversity committee composed of students; and greater retention--and later recruitment--of faculty and staff of color. The students formed a new group, “Reclaim Harvard Law School,” to press their expanded demands. The students occupied the school's student lounge, renaming it Belinda Hall in honor of Belinda Sutton, the formerly enslaved woman who had successfully petitioned for a pension from the Royall estate. For the next four months, the lounge was the scene of teach-ins, study sessions, and discussions among the students. That spring, an HLS committee, which was established “to study the shield and to recommend to the President and Fellows whether or not to retain it for use by the Law School,” recommended that the shield be replaced. The university accepted its recommendation.

In the fall of 2016, the Law School convened a student-faculty-alumni task force charged with studying the conditions under which “people of different backgrounds, identities, and affiliations” would be able to “learn from one another as well as alongside one another.” In the spring of 2017, the task force issued its report, which made recommendations for improving the campus climate. Its student members chose to issue their own separate, partially dissenting report.

In February 2018, first-year students at Stanford Law School unveiled a banner that read: “Racism Lives Here Too,” invoking the language of the anti-racist protests held at the University of Missouri in 2015. In addition, the Stanford Law students unveiled posters exhibiting what they argued was harmful language that had been uttered in the classroom by their fellow students. Calling themselves “A Coalition of Students of Color,” the students held a series of town hall meetings followed by a “community working session.” Those actions prompted solidarity actions at a number of other law schools, including the University of Chicago; New York University; University of California, Berkeley; and Harvard University. The Stanford Law students issued an open letter responding to what they called “a legal education that does not address race.” They called for the hiring of more “Black, Latinx, Asian and Native faculty”; student participation in faculty hiring; the hiring of a law school diversity officer; a fellowship to support “diverse students interested in academia”; “training to empower our faculty to address” racist comments in the classroom; a “social/racial justice graduation requirement”; a “Critical Race Studies chair”; and transparency and reporting on the Law School's “progress on issues of diversity and inclusion.” The Law School responded by establishing a “Working Group on Diversity and Inclusion” in February 2018, which released its own report in July that same year.

The student organization at HLS and at Stanford Law School are but two of many examples that illustrate a salient fact: during the past half-decade, law school student demands for changes in legal education to address issues of diversity and inclusion have both proliferated and grown insistent. Although the demands are somewhat varied, they have sometimes stretched far beyond the admission and hiring of more students and faculty from minority groups. Students have advocated for basic changes in the way that law schools operate in order to make them more inclusive of groups that have been historically marginalized within these institutions.

“Diversity” as a general proposition (and in its most common use today) is associated with the simultaneous presence of elements that are different from one another. Today, diversity often connotes the presence of racial and ethnic minorities, persons who identify as LGBTQIA, and women within institutions that once marginalized or excluded them--although political conservatives have also asserted that the term applies to them as well. It is worth remembering that, historically, racial and ethnic pluralism have been regarded by many Americans as a problematic feature of society, although presently it has taken on a more positive set of associations. “Inclusion” could mean essentially the same thing--the presence of those once excluded. But for the student protesters, “inclusion” has a more demanding meaning--law schools must alter fundamental assumptions about how they operate in order for previously excluded groups to participate in these institutions on a par with others.

Elsewhere, I have outlined at length what I call the “two modes of inclusion”--particularly when inclusion claims are directed at educational institutions. Mode one inclusion claims are those that demand simple removal of barriers to the participation of those who were previously excluded and good treatment once the previously excluded are admitted to an institution. For example, a mode one claim would ask a law school that once excluded women (as many did), to consider applications made by women and to admit women using the same criteria used to consider applications made by men. Mode one might also require that the school engage in some compensatory practices to correct for its past exclusionary practices and for the exclusionary practices of institutions like it--such as outreach to ensure that sufficient numbers of women apply; removing certain practices like “ladies' days” (i.e., where only women were called on in class); pairing admitted students with mentors in the school and in the profession; and even instituting affirmative action programs. But, for the most part, the institution would not necessarily have to change its teaching practices, research agenda, or other elements that make up its core culture and regular practices.

But there is another type of inclusionary claim that has historically accompanied mode one claims--which I call “mode two.” Mode two claims are far more controversial; they require alteration of some of the basic rules of the educational institution itself, and of the social context in which it is located. Perhaps it is insufficient to alter rules of admission, institute mentoring programs, or other compensatory practices. Perhaps the very way that the school operates--through hidden assumptions that are taken for granted and remain unquestioned--still functions to exclude women from full participation even though they are admitted and seemingly participate on the same terms as men. Perhaps diversity--having different groups of people within the institution--does not lead to full inclusion unless the institution itself is altered in some fundamental, and generally controversial, way. Articulated as a mode two claim, inclusion means that the basic, purportedly neutral ground rules under which the school operates must be rethought.

There is, however, no sharp distinction between mode one and mode two claims. Mode one claims--which call for the removal of barriers to entry--have a way of morphing into the more demanding type of claim that characterizes mode two. When previously excluded groups make claims on the excluding institutions, it is often difficult to disentangle the two modes of argument. These are the kinds of inclusionary claims that law school students have made in recent years, and the overlap between mode one and two claims is the reason why their claims sometimes remain difficult to describe, diagnose, and remedy. It is for the same reason that these claims have been particularly challenging for the diversity and inclusion committees that have been convened to respond to them. The students are questioning the basic ways that law schools operate.

Recent years have seen the proliferation of a particularly bracing and challenging round of diversity and inclusion claims in law schools across the United States, often articulated by racial and ethnic minority students. These claims are one manifestation of a much wider set of controversies that have spread across many university campuses in this period and across the wider culture of which those campuses are a part. On campus, and in the larger culture, the minority students' claims are often seen as new, radical, and difficult to accurately describe and adequately remedy.

Part of the difficulty lies in the mix of mode one and mode two claims that has characterized the recent student protests. Claims that seem like calls for simple removal of barriers to participation seem inseparable from claims that assert that the core culture of the law schools needs to be reoriented for full inclusion to take place. As always, inclusion claims slide easily from one mode to another. Some of what the protests have called for seems cognizable within the kinds of reforms that now constitute the normal functioning of universities, such as adding or supplementing diversity and inclusion offices. At other times, the protesters have described classroom and campus environments where language, symbols, and other forms of diffuse power operate to the systematic disadvantage of racial minorities, and these students have also asserted the desire to redistribute power and authority within the university.

The diversity and inclusion task forces, understandably, have proposed changes--many of them creative--that nonetheless exist within the normal and expected way of doing business within a university. To describe a law school as an institution that perpetuates something like “white supremacy” and “systemic racism” is probably beyond their mandate, and perhaps even beyond the mandates of the deans who have appointed them. To describe legal education in that manner would require changes in the functioning of law schools that would correctly be regarded as controversial, even revolutionary. Nonetheless, these are the true stakes behind the most recent round of inclusion claims, just as they have been ever since the beginnings of the civil rights era.