Overrepresented and under the Radar: Black Immigrants in Law School and the Legal Profession 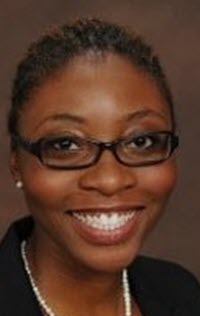 My preoccupation with the representation of black immigrants in law schools began when I first applied to law school in 2013. The Law School Admissions Council (LSAC), the organization through which prospective law school students submit their applications to LSAC-member law schools, requires applicants to create a profile that records their biographical information. When I clicked the “Ethnicity Information” page of my profile, I was pleasantly surprised at the detailed ethnic breakdown for racial groups but was quickly dismayed at the lack of subcategories for the “Black or African American” category. Unlike some Asian, Caucasian, or Hispanic students, I was not given the option to capture my ethnic identity as a Caribbean or Jamaican American.

Once in law school, I became a member of the Black Law Students Association and quickly recognized that my experience with the LSAC's biographical information page was not unique. In fact, roughly half of the black students I encountered were not of American ancestry. Many were from outside the United States or had at least one parent who was not born in America. The same phenomenon has been identified in undergraduate institutions, calling into question the African American share of increases in minority and black enrollment. Some people fear that the increase in black immigrant students is further marginalizing African American students who have been left out of the educational attainment aspect of “The American Dream” due to slavery, Jim Crow, and institutional discrimination.

The legal profession's struggle with diversity is not new. However, the recent increase in the black immigrant population poses a new obstacle for native black students and their access to higher education. Black immigrants are significantly overrepresented in colleges and universities, but we are unaware of the full extent of this overrepresentation because information about students' race, nativity, and ethnicity is not generally disaggregated. Because the LSAC does not disaggregate the ethnicity of black applicants, this nescience extends to law schools as well. Without the opportunity for students to identify country or ethnic origin, educational institutions cannot receive an accurate picture of the demographics of students they accept.

The increasing level of black immigrant students, when combined with the absence of information to identify the ethnic makeup of the black students contributing to increased enrollment numbers, results in a distorted understanding of the inequalities and obstacles that remain for African American students. Contrary to traditional understandings of the black community, black people--and black students--are not a monolith. Members of different ethnic groups within the black community face unique challenges. In particular, educational achievement proves to be more of an obstacle for African American students than African and Afro-Caribbean students, but schools, particularly law schools, cannot accurately identify and address the challenges that remain for African American students without the disaggregated data.

In response to this issue, this Article proposes changes to the reporting requirements, calling for a disaggregation of the LSAC Black/African American category to include non-native ancestry. Doing so will provide the data necessary to complete a longitudinal study that would examine the impact of these changing demographics on the African American community. This will enable law schools and the legal community to more accurately determine the efficacies of their affirmative action programs and diversity initiatives and ensure that African American students are not being displaced by other black ethnic groups.

There needs to be recognition that black people are not a monolith, and disaggregation of the black racial and ethnic category is a concrete acknowledgement of this fact. Without this institutional acknowledgement, black natives may be unfairly judged against or passed over for black immigrants when their obstacles and triumphs vary. If the legal community truly cares about diversity and the benefits that it provides, it should create the institutional changes necessary to ensure the continued and increased representation of native blacks in the field. It should not be satisfied with creating a campus that is only diverse in appearance. The opportunity to attend law school, including the most selective ones, should be afforded to all people, especially those come from historically marginalized and economically disadvantaged communities; the economic success of their communities depends on it. As the gatekeepers, law schools and legal employers must shape their admissions and hiring practices in a way that will reach the native black students. As policy influencers, the legal community can use its platform to advance and defend the principles from Grutter, which charges law schools to help prepare the nation's leaders and provide a path for every race and ethnicity.

The changing demographics of the black population in the United States due to the increase in black immigrants is positive in many regards. Still, their growing numbers do not come without challenges for black natives and the legal community. Black immigrants come with a diversity of experiences, socioeconomic situations, and levels of educational attainment. Further, factors outside of their control impact the experiences they have in this country. Accordingly, the legal profession must adjust with the changing tides, accounting for the various advantages and disadvantages black immigrants face and create for their black native peers. It must look beyond the race of an applicant and acknowledge the diversity that lies within each applicant's community.