The Marginalization of Black Aspiring Lawyers 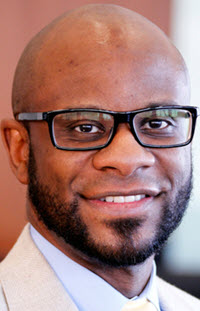 In his landmark book, The Souls of Black Folks, American sociologist, W.E.B. Du Bois, poses the question: “Why did God make me an outcast and a stranger in mine own house?” The question pertained to the social and psychic conflicts facing Black Americans, nominally freed from enslavement, but hampered by an imposed second-class citizenship. Du Bois was describing a group of people living a marginalized existence, prevented from fully integrating into larger society and, therefore, unable to realize the full extent of their theoretical freedoms.

This paper argues that Black people who aspire to be lawyers endure marginalized existences, which span the law school admission process through the matriculation process and into the law school classroom. The manner in which the Law School Admission Test (LSAT) drives the vetting of law school applications ensures that Black applicants face steep disadvantages in gaining admission. In the 2016-17 admission cycle, it took about 1,960 Black applicants to yield 1,000 offers of admission, compared to only 1,204 among White applicants and 1,333 overall. These trends are explained in large part by racial and ethnic disparities in average LSAT scores. The average score for Black test-takers is 142--11 points lower than the average for White and Asian test-takers of 153. Therefore, for large proportions of Black law school applicants--49 percent in 2016-17--their marginalization in the admission process ends in outright exclusion.

This exclusion, however, is of questionable legitimacy. The LSAT is designed to be a partial predictor of first-year grades. But law schools commonly couch admission in the broader context of a student's potential as a lawyer--as they should. Law schools exist to produce successful lawyers and leaders. The first year of law school is merely one step, albeit one of inflated importance, on the path from layperson to lawyer. The fundamental goals of legal education are longer term; but the LSAT does not predict one's chances of attaining these goals well, surely not well enough to be the primary admission criterion.

For example, Texas Tech found that the LSAT explained a noteworthy, but limited, 13 percent of the variance in bar exam scores of its law graduates. The University of Cincinnati found that, among its law graduates, the “LSAT score does not correlate with Ohio bar exam performance.” Two professors from the University of California Berkeley found that the LSAT had very weak (or no) value in predicting lawyering skills among its law graduates. In a letter seeking to correct inflated claims about the LSAT's power, the Law School Admissions Council stated that test scores were not appropriate tools for assessing things like bar exam risks. Nonetheless, the LSAT is used by law schools in ways that systematically exclude Black people to extents experienced by no other racial or ethnic group--using justifications that merit much suspicion.

Unfortunately, for many Black applicants who do receive offers of admission, the marginalization process continues. They are often required to pay higher proportions of their law school's “sticker price” than other students. They are also disproportionately funneled into schools with the least favorable outcomes. Lastly, they are exposed to a curriculum that is presented in a way that alienates Black students and other students from underrepresented backgrounds.

Part I of the paper introduces the concept of marginalization.

Part IV argues that the law school environment marginalizes Black students through the lack of diversity and the centrality of White racial and cultural norms. In the end, Black law students are often, in the words of Du Bois, outcasts and strangers in their own law schools, if they are not excluded from law school altogether.

Black people who aspire to be lawyers endure marginalized existences, which span the law school admission process through the matriculation process and into the scrum for post-law school jobs and beyond. This multifaceted condition takes different forms, outright exclusion, adverse incorporation, and incomplete assimilation. The condition contributes to the enduring underrepresentation of Black law students and lawyers. It also contributes to higher student loan debt. If legal education is to serve as a robust pipeline into the profession among people from underrepresented backgrounds, law schools must adopt methods of selecting, rewarding, and educating students that are rooted in equity, fairness, and legitimacy.