A Dose of Color, A Dose of Reality: Contextualizing Intentional Tort Actions with Black Documentaries 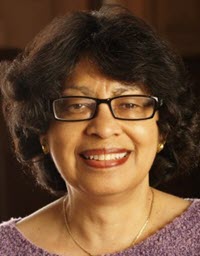 [Most white Americans don't] know how Negroes live .... I'm sure they have nothing whatever against Negroes, but that's really not the question .... The question is really a kind of apathy and ignorance, which is the price we pay for segregation. That's what segregation means. You don't know what's happening on the other side of the wall, because you don't want to know.

Legal education in the United States cannot adequately prepare tomorrow's lawyers without exposing them to the contexts that have given rise to the doctrines that are the bread and butter of daily classroom experience. Few tools are more effective in getting students to focus on the bigger picture than documentary films. Such films vividly display the impossibility of understanding legal clashes without appreciating how the disputants came to be in the relationships that produced the conflicts in the first instance. Here's why.

We live in a society composed of multiple overlapping, variously fluid groups categorized by race, ethnicity, and nationality; sex, gender, and sexual orientation; socioeconomic class; age and abilities; religion; and geography. These groups constantly compete for economic, cultural, and political capital and the legal ability to protect their acquisitions. Amid these conflicts, the intentional torts regime can operate as a source of freedom and protection or oppression and control. The intentional torts doctrines exacerbate, ameliorate, or resolve intergroup and intragroup clashes by clamping down on or leaving unconstrained private physical and emotional violence in ways that affect the distribution of resources.

Despite the fact that intentional tort disputes often involve intergroup and intragroup clashes, tort courts generally do not engage in the kind of contextual analysis required to understand the complex stakes fueling the litigation. Contextual analysis situates tort disputes within the larger frame of powerful public and private institutions, social networks, and complex identities, none of which may be directly implicated in the particular lawsuit, but all of which may be keys to the real interests involved. As a starting point, then, contextual analysis rejects the assumption that market-based allocations of wealth are the product of “invisible hands” or that assessments of “personal responsibility” can be made without attending to the structural and systemic barriers that impede an individual's or a group's survival and mobility.

Contextual analysis especially exposes culture as a weapon that groups deploy in their conflicts over other kinds of capital. Culture encompasses “all socially standardized ways of seeing and thinking about the world; of understanding relationships among people, things, and events; of establishing preferences and purposes; of carrying out actions and pursuing goals.” Very rarely do legal actors consider the relationship between formal, state-sanctioned law and the diversity of social norms and practices that govern the everyday lives of a vast plethora of competing groups. Opposing claims of cultural superiority provide justifications for battles between and within groups that the law is asked to resolve. At the same time, cultures represent powerful normative regimes with which law must compete and which it frequently discovers that it cannot. Thus, contextual analysis represents a challenge to the effort of courts and other legal actors to portray the law as an autonomous field of knowledge and a source of neutral conflict resolution.

When one group can assert cultural and material dominance in a way that neutralizes or demeans another group's culture and obfuscates or denies its material existence, intentional torts disputes can yield outcomes that are not in accord with reality and that condone or unleash unjust violence. Contextual analysis that exposes and dissects the group conflicts underlying intentional tort actions might prevent such skewing of outcomes.

Documentary films are enormously helpful in contextualizing torts disputes. With images, words, and music, documentaries can, to use James Baldwin's words from the introductory quotation, pierce “the apathy and ignorance” that fuel conflict and violence between and within groups and convey with a measure of authenticity “what's happening on the other side of the wall.” They have the capacity to represent the lived experience and culture of groups struggling in the competition for the economic, social, and cultural capital that will allow them to live a good life within the folds of a society that is just and protective of the well-being of all its inhabitants.

It follows that courts rendering decisions based on the law of intentional torts would produce fairer and more just decisions if they resisted the cultural hegemony of narratives constructed by groups well-endowed with capital and gave greater credence to the narratives of competing groups. What follows is an illustration of how two contemporary documentaries can be used to provide a critical contextual analysis of an intentional tort case involving contemporary race relations.

Contextual analysis does not resolve the cultural clashes that are a component of the intergroup and intragroup conflicts over the economic, political, and social resources that generate intentional tort claims. But contextualizing with documentaries has the potential to break down the walls between and within groups that apathy and ignorance erect and to reveal what is really at stake.

Regina Austin is William A. Schnader Professor at the University of Pennsylvania Law School and Director of the Penn Program on Documentaries & the Law.