There a Future for Critical Race Theory? 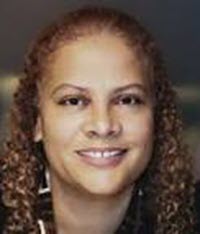 We all know that the legal academy is in a crisis that does not appear to have an end in sight. As many law school enrollments plummet, some institutions may even face closure or merger. As experiential requirements increase but resources do not, some may query whether many schools should just ensure that their students can meet all the requirements to graduate and pass a bar. As faculty size needs to shrink even more, some may wonder whether some schools will have to increase teaching loads beyond nine to twelve units to meet the demands. In such a world, is legal scholarship a luxury we can no longer afford?

Many years ago, D.C. Circuit Judge Harry T. Edwards pointed out that what professors produced was of little relevance to the bench, legislators, or the bar. If eliminating legal scholarship altogether is going too far, should we at least focus it on the required curriculum and in the subjects necessary for bar passage? In this world, is there any room for “frills”? Some people would say critical race theory (CRT) is just such a frill, since it is not a required course in any school and not on the bar as a unified subject. When I told people I was doing this article, some thought that CRT is of historic interest only and is already dead. This article makes the case that CRT is not a frill, from either a teaching or a scholarly perspective. It is not dead at all and has vibrant aspects not known to most members of the academy.

I rarely come to Boston, and as I was preparing to attend the symposium on the Future of Legal Scholarship to present this article, I thought of an event relating to race that happened 40 years ago that April. I fear that many people have forgotten what happened; our current students were not yet born. I am thinking of an iconic picture taken on April 5, 1976, the year of the American bicentennial. Stanley Forman, a photographer with the now-defunct Boston Herald American, took the horrific image. It shows black attorney Ted Landsmark in a three-piece suit being speared with an American flag by an angry white teenager named Joseph Rakes. The issue? Boston was in turmoil over court-ordered busing in an effort to racially diversify schools. Landsmark remembers the leaders had already passed by, but some decided to attack him and shouted: “There's a nigger, kill him!” As a college student at the time, I very clearly got the message: White people--even in the North, in the cradle of liberty--still did not want to go to school with my kind.

Today, I wonder if the black children in Boston are getting a better education today than they did 40 years ago. It appears not. It is even hard to analyze the segregation patterns in the schools, since even though whites make up half the city, they are only fourteen percent of the school system. In the 1960s, they were sixty-eight percent.

Many people thought with the 2008 election of the first black president, Barack Obama, that we would be in a postracial era racist incidents like the one on April 5, 1976, were suddenly in the past. Perhaps the 1963 words of Dr. Martin Luther King, Jr., would become true: People would be judged by the content of their character rather than the color of their skin. And over the two terms of the president, look at all the amazing things that have happened. We have had two black attorneys general, Eric Holder and Loretta Lynch; forty-plus black members of Congress, including Sens. Mo Cowan, Cory Booker, and Tim Scott; black governors like Deval Patrick; and a black woman serving as chairwoman of Xerox, Ursula Burns, as well as black heads of other corporations. We have black people who are deans of law schools, chaired professors, provosts, and college presidents.

Yet as the late CRT founder and Professor Derrick Bell said, WE ARE NOT SAVED. Think of the following issues: racial profiling; hate speech on campus and in jobs; the biggest wealth disparities between rich and poor in our history; opposition to affirmative action; the disproportion of black lawyers (four percent) to black prisoners (forty percent); police department corruption and racism; white privilege and the denial that it could exist; the University of Missouri campus actions, including those of the football team that led to the toppling of the Chancellor; the nine in Charleston who died while in church, killed by a young white supremacist; Confederate flags and monuments as symbols; and the debate over “blacklivesmatter” versus “all lives matter.” The BlackLivesMatters movement has highlighted the long list of unknown and now well-known names of blacks who have lost their lives: Trayvon Martin; Mike Brown of Ferguson, Missouri; Sandra Bland; Freddie Gray; Tamar Rice; and many more.

In 1944 my father, John E. Wing, Jr., went to UCLA, which had very few blacks. I remember him telling me how he would be chased off the campus by white students who did not think blacks belonged there. I went to UCLA for a master's degree in 1978 and there were many blacks at the time. I wondered how my dad, by then deceased, would have appreciated that progress in a generation. When my sons were potentially interested in UCLA at the turn of the twenty-first century, I ruled out my alma mater. Because of Proposition 209, which forbids affirmative action, I did not want them to go to a UCLA whose demographics were closer to those of their grandfather's era. Today, UCLA has four percent black enrollment.

I think of the nature of the 2016 presidential election from the Republican side: anti-immigrant, anti-black, anti-Latino, Islamophobic, homophobic, sexist, building walls and not bridges. Will this be the face we present to a diverse world in the next four years?

Given these realities, my conclusion is--yes, there is a future for CRT, now more than ever! In this piece, I will give a brief overview of CRT. Then I will discuss areas where it is vibrant now. Finally, I will conclude with what we need to do in the future.

My oldest grandson is about to start college. Can he forget that race matters and just take a history course on the subject? Will any of my grandchildren be able to forget that race matters? The youngest is just a baby--what will be the reality in eighteen years for her when she starts college? We must all work to make a more just world for our children and grandchildren, and CRT can be one aspect of that important mission.