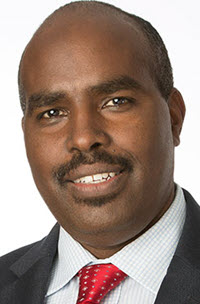 This Essay sets out to determine to what extent scholarship has addressed international law's historical and continuing complicity in producing racial inequality and hierarchy, including slavery, as well as the subjugation and domination of the peoples of the First Nations. To answer this question, this Essay uses the content published in the American Journal of International Law (AJIL) from its inception in 1907 through 2021, as well as in AJIL Unbound, its online companion, from its first publication in 2014 through 2021. I want to make it clear from the onset that my research question is very narrow. I am interested only in establishing whether scholarship that probes the racist underpinnings of international law, as well as the racial hierarchies upon which international law was constructed, has been published in AJIL and AJIL Unbound. In doing so, I am excluding from the scope of this paper the ways in which AJIL was itself a site of racialized discourses such as “civilization” and “humanity.” Other scholars have begun to examine AJIL's complicity in the construction and perpetuation of racially exclusionary discourses such as “civilization” and “humanity.” Benjamin Allen Coates reminds us, very early in its founding, AJIL justified spreading U.S. hegemony not merely through the notion of “civilizing savages,” but rather that of civilizing “the world as a whole” in the progressive era commitment and faith in the progress of civilization “whether conceived of in terms of Christianity, natural or social science, governance, or commerce.” In fact, international law was critical to justifying the U.S.'s annexation of the Philippines and Puerto Rico, the establishment of a protectorate over Cuba, and the takeover of Panama to build a canal. It is against this backdrop of the end of the Spanish-American War and the emerging empire acquired by the United States that AJIL came into existence. Benjamin Allen Coates therefore argues that AJIL Board members of the early twentieth century were “not isolated idealists spouting naive bromides from the sidelines. Well-connected, well-respected, and well-compensated, they formed an integral part of the foreign policy establishment that built and policed an expanding empire.”

To emphasize, I am interested in whether AJIL and AJIL Unbound have published scholarship that critically engages with the racist and imperial structures of international law that justified slavery, colonialism, and empire. I am also interested in examining AJIL's role in constructing and perpetuating racially exclusionary discourses. To use Mohsen al Attar's extensive comments on an earlier version of this Essay, I am interested in establishing whether the American international legal academy has been complicit “in collective acts of epistemic injustice.” In particular, has AJIL and AJIL Unbound silenced and/or excluded critical approaches to international law, especially those influenced by Critical Race Theory or Third World Approaches to International Law (TWAIL), in the pages of the leading international law journal in the United States?

This Essay proceeds as follows. In Section II, I outline the methodology I followed in gathering the data. The third section of the Essay is my ongoing effort to account for the paucity of scholarship centering race in AJIL and AJIL Unbound.

In short, AJIL's Editorial Board has instituted a process to address many of the issues raised in the BASIL letter and which, in my view, have prevented AJIL and AJIL Unbound from publishing scholarship critically analyzing the role of race in international law. That said, as important as the process is for addressing issues of content in AJIL and AJIL Unbound, the measure of success is when AJIL and AJIL Unbound regularly publish issues of race and identity as often as they publish on black letter law issues.

The foregoing nascent efforts within AJIL, including the election of two female African American editors and the first indigenous American as an editor, may offer some hope that there will be momentum to dismantle to legacy of exclusion of content relating to race in the pages of the journal and in AJIL Unbound as well. Ultimately, more scholarship needs to probe why issues relating to slavery, race, and imperialism, which have all intimately shaped international law, have not been featured in any significant way in the pages of AJIL and AJIL Unbound. This unfortunate state of affairs has continued even as there continues to be a growing body of scholarship on these themes published in leading publishing houses as well as articles published in many other reputable journals and blogs. In fact, it is telling that the international legal ramifications of Black Lives Matter were covered by the European Journal of International Law and the blog Just Security, but not by the AJIL or AJIL Unbound in any of any significant way. Hopefully, the conversations that have begun within the Editorial Board of AJIL and AJIL Unbound will address these more than century-long exclusions and silences and begin to overcome them.