Down and Dirty: Remedies and Reparations for Intersected Environmental and Reproductive Justice 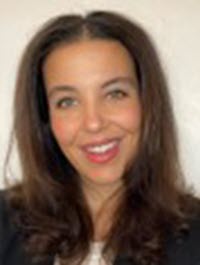 In 2016, Flint, Michigan's water crisis captured the nation's attention and prompted widespread conversations concerning environmental racism. In the fall of 2021, claims, including a class action suit, brought by city residents culminated in a historic $626 million award. But today, even after this settlement, many Flint residents still mistrust city water and rely on bottled water for drinking. The water crisis began in 2014, when Flint switched water sources from Lake Huron to the Flint River and negligently began supplying dirty water to its predominantly low-income and Black residents. Upon notice from residents, Flint attempted to resolve the water problems with a chlorine treatment. The chlorine, however, corroded the pipelines, which leached unsafe amounts of lead into the water, in turn causing a Legionnaires' disease outbreak. Residents faced widespread lead poisoning that caused dire health consequences, including impaired reproductive capabilities. Unfortunately, Flint is just a drop in the bucket; it is not uncommon for similarly situated communities to face reproductive consequences of pollution.

Environmental injustices run the gamut throughout the country, from dirty air to polluted soil to contaminated water. But the resulting harms are not evenly distributed--Black, Indigenous, People of Color (BIPOC) communities disproportionately feel the impact. Many of the health effects from pollution bear directly on reproductive functions: proximity to pollutants compromises fertility, interferes with the capacity to carry a pregnancy to term, can cause birth defects and disabilities, and may handicap the physical ability to breastfeed. These harms are violations of the ability to choose parenthood or to enable one's family to flourish and are further indicative of the “long, sordid history in which others have controlled the reproductive lives of nonwhite people.” The pathway to correction lies at the intersection of environmental justice and reproductive justice (EJ/RJ).

Both EJ and RJ are movements with complicated histories which tended to center white narratives and goals. Today, however, they are not only intertwined with one another, but with racial justice generally. The EJ movement, in its current inclusive form, calls for the equitable consideration, treatment, and participation of all persons in the “development, implementation and enforcement of environmental laws, regulations, and policies.” Similarly, the RJ movement recognizes and elevates the right of every person to bodily autonomy, which inherently includes the right to both have and abstain from having children and to parent in “safe and sustainable communities.” These frameworks have become intrinsic to racial justice, as private and public pollution impacts BIPOC communities most severely--consequently, BIPOC communities are disproportionately affected by the reproductive harms that follow. Confronting those injustices that excessively plague BIPOC communities requires new legislative actions to provide relief, equity, and restorative justice.

This note explores why the current legislative landscape fails BIPOC Americans and proposes federal and local remedies for the historic and ongoing harm caused by environmental pollution. Proceeding in three parts, this note addresses the systemic reproductive harms inflicted upon Black and Brown communities by public and private pollution and examines the course of correction, including clear and direct pathways to reparative and restorative solutions. Critically, this requires a federal mandate extending healthcare coverage for infertility and fertility preservation treatments as well as reparations for the communities that have suffered for generations. This note does not propose to solve pollution, but rather seeks to confront its harms in the form of acknowledgement, aid, and funds.

Part I outlines the historic and present reality of reproductive harms and their disproportionate impact on BIPOC communities, and especially on women from those communities. Part II addresses the current systemic shortcomings that fail to protect or provide pathways for relief. Part III proceeds in an examination of solutions. The central solutions proposed are federal acknowledgement of environmental harms to BIPOC communities, expanded insurance coverage to increase healthcare access, and monetary reparations to fund restorative measures. In addition to detailing these solutions' precedents for success, the counterarguments and concerns that follow are addressed. Finally, Part IV applies these solutions and discusses the importance of moneyed solutions. Central to these solutions is restoring power to those most impacted by pollution and allowing those communities to direct and tailor solutions to best suit them. For communities that have been systematically and historically stripped of wealth, remedies must include funds to build those literal and metaphoric structures necessary for EJ/RJ.

At the intersection of EJ/RJ lies the pathway to reparative and restorative solutions. The environmental harms inflicted upon BIPOC communities are numerous and dire, especially as they concern the ability to grow family lines. These harms stemming from pollution mirror larger systemic issues of policy and enforcement in the United States that subjugate some populations as the price for prioritizing others. But “[t]he costs associated with exposing a significant portion of our community to hazardous materials are ultimately borne by all of us.” From both a moral and a practical standpoint, the country has an obligation to provide the basic dignities of health to its citizens. This obligation is deeply rooted in the recognized right to choose to have a family, and the accompanying right to a family that can flourish in the environment it is planted in. To follow through on such obligations, federal intervention providing equitable and comprehensive reproductive healthcare is necessary. Legislating to make these opportunities equally available to all Americans is essential and requires both the passing of H.R. 40 and the implementation of community-based reparations. The root of these injustices is a disregard for and intentional sacrificing of BIPOC communities, and it will take these layered solutions to rectify centuries of reproductive harms. Ultimately, such actions must be taken--it is a matter of empowering communities that have, for centuries, been done dirty.