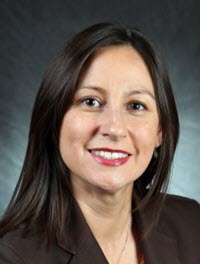 We are in the midst of a new dialogue--that joins climate, youth, environmental, and social justice movements in their pursuit of changes toward a livable and just harmony on this planet. Fundamental to the dialogue is a broad recognition of a divide in this country, one with deep historic roots, that is growing as viciously as a cancer. On the one side are those who have ready access to clean air, water, greenspace, and healthy food. On the other are a myriad of communities suffering the ill effects of pollution and urban decay. The public awakening to these disparities in the aftermath of the murders of George Floyd, Ahmaud Arbery, and Breonna Taylor, and amidst the devastating unequal impacts of COVID-19, has broadened and strengthened voices for change. This is true not only in criminal justice and health care, but more broadly to the structural racism weaved throughout our institutions.

Moreover, the climate crisis is exacerbating these disparities and linking our past transgressions with the potential for massive injustice against future generations. Climate change and environmental justice are inexorably linked-- merged and coming into sharp clarity before our very eyes. Reliable projections indicate that unless curbed, in the future regions such as North Africa and the Middle East will become uninhabitable due to extreme heat and drought, and low-lying islands and atolls may become uninhabitable due to sea level rise. Regardless of geographic location, the poor are simply less able to adapt to changes in the environment including drought, heat waves, wildfires and flooding. Environmental injustice is all around us but the apathy and inaction of key leaders is corroding the fabric of U.S. society, leading to renewed calls to reassess environmental decision making power. As we enter the age of the Anthropocene, where human actions are the dominant force transforming the environment, the false distinction that people are apart from the environment is collapsing.

People engaged in the environmental movement have always pursued the improvement of conditions for humans by reducing pollution, promoting sustainable use of resources, and protecting land and wildlife. However, the benefits achieved by the movement are not equally shared. Physical wellbeing has long been tethered to affluence--access to education, health care and meaningful employment that provides a living wage. More affluent communities have secured the upside of environmental laws, while communities of color and those in the lower economic classes have not fared as well. For example, rates of asthma and cancer are higher in minority communities.

As the environmental justice movement evolved, low-income and minority communities acquired new tools to identify and address injustices. The Federal and State governments have adopted procedures to facilitate more meaningful engagement by affected communities in government decisionmaking. These government procedures include inviting affected populations to participate in comment processes open to the public and to therefore demand attention to impacts that might have been ignored. This type of engagement is not equivalent to veto-power over projects, or the ability to remedy unhealthy patterns of pollution and under-resourcing. Yet equipping communities with a legitimized “voice” in existing processes has intensified the fight over what is a “green” project or what should rightly be characterized as a project raising environmental justice concerns. This is a new frontier in defining environmental justice. Scholars have been grappling with the challenge of “greenwashing,” corporate public relations promoting an image of sustainability in contrast to their environmentally destructive business practices, but scant scholarship has addressed ways to combat this issue in the environmental justice space. Engagement of the affected public in government decisionmaking is critical, but greenwashing makes it difficult for disadvantaged communities to leverage the limited ammunition they have thus far acquired to fight environmental injustice.

The greenwashing challenge exists in part due to incomplete attempts to define exactly what environmental justice, or its converse, environmental injustice, means.

Multiple theories explain environmental injustices and collectively seek to define its parameters, including discrimination, market dynamics, lack of citizen power, industrialization, individual behavior, and culture. Dr. Karen Bell explains that the term “environmental justice” became more contentious as it widened to cover issues beyond the original context of racism in the siting of hazardous facilities and sociospacial distribution; activists promoted a broader view, but policymakers and academics hewed more closely to a narrower definition. Edwardo Lao Rhodes laments the distracting debate over terminology. His concern is that people waste time debating labels and definitions because they do not understand each other and “[m]isunderstanding and misinterpretation abound.” The issue cannot be ignored because it could undermine efforts to build coalitions and public support on the one hand, and allow evasion of scrutiny and greenwashing on the other hand.

Another scholar, Brinda Sarathy, advocates for an intersectional perspective that moves beyond the strictly racial lens to include considerations of sexism and classism, to “acknowledge the role of multi-racial and cross-class alliances in struggles for justice.” Unity does not require complete agreement. For example, the vigorous debates over a “Green New Deal” are equally trying to define what is essentially a growing rejection of the status quo. As Nicholas Bryner explains, the Green New Deal “is a reinvigoration of the idea of industrial policy as social policy with an explicit 'green’ layer to address the transition toward a more sustainable economy.” The definition of environmental justice will remain incomplete because it is fundamentally an ongoing movement. The dynamic and intersectional aspect of the environmental movement itself requires that those engaged in the movement continue to update their demands for progress to match political support to address injustice.

We should acknowledge the progress on multiple fronts in the fight for environmental justice. The EPA and many states have enhanced the capacity for engaged decision making by traditionally marginalized communities. On the one hand, efforts to empower communities by providing capacity raising programs to advance self-sufficiency are robust. But on the other hand, it is important to measure whether these programs improve the wellbeing of potentially affected communities; the process element must be linked to the substance of self-determination. Reducing the pollution burden is squarely the responsibility of environmental regulators and financially and technically equipped environmental agencies, not on the community itself. Indeed, a rollback of President Obama era pollution control efforts is a step backwards for environmental justice simply because overall environmental improvements will help those in more polluted areas in greater measure.

This Article argues that to promote its myriad objectives, the environmental justice movement should advocate for changes which address the past, present and future. This includes remedying past injustice through cleanup funding and requiring separate environmental justice assessments by permitting agencies considering present developments. General plan provisions that reflect the vision of disadvantaged communities are on the horizon in places such as California. As local governments become more proactive with planning specific to environmental justice, this opens up an opportunity for incorporating alternative visions and imperatives that both reduce the burden of pollution and build sustainable, diverse, and inclusive communities. These are complementary and overlapping goals of the youth, climate, and environmental justice movements. Actively creating and enabling mechanisms for these intersecting movements to advance common goals acknowledges people, and their active, enduring support for a brighter future, as the greatest asset of any movement.

Professor of Law, Associate Dean for Diversity Initiatives, University of the Pacific, McGeorge School of Law.