The Legitimacy of the Children of Slave Marriages Post-Slavery 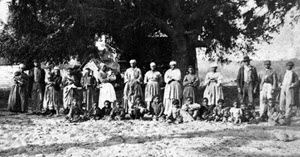 The legitimacy of the issue of slave marriages was the subject of express legislation in the Commonwealth for almost a century. but was repealed in 1966.