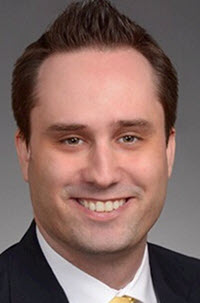 In the Heights, a musical by Lin-Manuel Miranda and Quiara Alegría Hudes, tells the story of first- and second-generation Latinx Americans. The show is a "slice of life" piece of theatre focusing on a three-day span over the Fourth of July and employs many of the typical conventions of musical theatre: love stories, disapproving parents, struggles for survival, death, and healing. However, beneath this standard musical theatre superstructure, the Latinx characters suffer from an undercurrent of alienation. This alienation stems from the pride they share in the culture they have developed in their predominantly Latinx neighborhood and from a fear of how increasing gentrification will alter that culture. In the summer of 2016, Porchlight Music Theatre in Chicago announced the cast for its upcoming production of In the Heights. In addition to the primarily non-Latinx production team, the casting of the production garnered significant attention for casting a white actor of Italian descent in the lead role of Usnavi, the Dominican narrator of the show. Despite objections from the authors, and accusations within the theatre community of mounting a "whitewashed" production, Porchlight defended its casting decision, claiming that the theatre company took a "colorblind" approach when casting its shows.

Porchlight's In the Heights was not the only production this year to come under fire for casting white actors in nonwhite roles. In fact, it was not even the only production in the Chicago area to draw such criticism. Just a few months before Porchlight announced its cast for In the Heights, the Marriott Theatre received extensive criticism when it announced its cast list for a production of Evita that featured only one Latinx actor. Nor was Chicago the only theatre market attracting criticism for casting non-Latinx actors in choice Latinx roles. Just a few weeks after Porchlight's production of In the Heights ignited significant controversy, Phoenix Theatre Company in Arizona announced that it would stage a production of the show featuring an Iranian actor as Usnavi. While different from the problem of whitewashing, Latinx leaders in the local theatre community criticized this casting choice for perpetuating the stereotype that "brown is brown."

Moreover, altering racial identity in casting is not confined to theatrical productions. Hollywood has a long history of casting white actors to play characters of color. In fact, the first feature film with synchronized sound, The Jazz Singer, featured the white actor Al Jolson in full blackface. While Jolson played a white character in the film who only performed in blackface, the popularity of the production indicates how well-accepted the practice of blackface performance was. Many other cringeworthy casting choices have gained infamy over the years, including Mickey Rooney's cartoonish portrayal of the Asian character Mr. Yunioshi in Breakfast at Tiffany's, Elizabeth Taylor's turn as the titular Egyptian Queen in Cleopatra, and Laurence Olivier's revival of blackface in a 1965 production of Othello. More recent films such as Aloha, The Lone Ranger, Prince of Persia, and Ghost in the Shell show that whitewashing remains common in casting decisions.

Many critiques of whitewashing coming from legal academics have focused on the harm the practice does to actors of color and, consequently, many propose solutions from employment discrimination law, particularly Title VII. However, employment law merely addresses the actor's grievance and ignores the author's interest in protecting expression connected to racial identity. This Note focuses on the impact of whitewashing on that intended expression and how U.S. copyright law, as applied, fails to adequately protect it.

Copyright law draws a distinction between the ideas presented in an author's work and the expression of those ideas: ideas are not protected, expression is. However, U.S. copyright law, with its focus on the pecuniary rights of authors, has provided only minimal protection of the "moral rights" of authors. Some scholars have advocated importing explicit moral rights protections into U.S. law to safeguard the "integrity rights" of authors. Incorporating a moral-rights-inspired concept of a right of integrity into the existing copyright framework could effectively protect authorial intent even when it is expressed through racial identity in casting. This Note proposes that courts adopt a limited moral rights theory in the casting context primarily by expanding the concept of derivative works recognized under current copyright law. Such a step would further protect authorial expression without unduly burdening subsequent performances.

This Note proceeds in four parts. Part I traces the role of race and casting in theatrical productions and outlines the potential problems with current casting practices.

Part II examines the limited role that copyright law has played in protecting authorial control over casting and the inadequacy of employment law and contract law to provide adequate solutions. It then provides a brief overview of moral rights theory.

Part III proposes that the United States incorporate the moral rights concept of a right of integrity into existing intellectual property law to allow playwrights to control racial identity in casting when racial identity is central to the author's intended expression.

Current casting practices allow theatre companies to disregard authorial expression and intent regarding character identity far too easily. While this Note focuses on racial identity, a similar analysis could apply to gender identity as well, allowing playwrights to control gender identity in subsequent productions only when it is central to the expressive intent of the author. The moral rights concept of the right of integrity provides an appropriate mechanism for combating the problems plaguing the current system.

While Congress could act and incorporate moral rights protections into U.S. copyright law, such action is unlikely. Additionally, such statutory provisions might not take casting practices into account given that this Note is the first to apply the right of integrity to casting. Therefore, courts should take Congress at its word and begin using existing copyright protections to enforce moral rights. An expansion of derivative rights protection could provide the type of legal protections this Note envisions. However, courts would need to remain vigilant when hearing challenges to casting practices to ensure that the racial identity of the character is central to the expression of the author. Additionally, a more lenient understanding of what constitutes transformational use in the context of a fair use defense for casting practices could help ensure that deviating from authorial expression in casting would be justified in certain contexts.