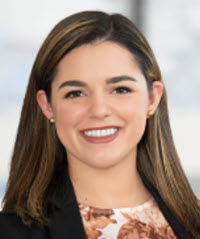 Citizenship is at the foundation of American society. It goes beyond “a mere juridical-political category,” and “entails a sense of and a claim to belonging.” In this context, Citizenship “refers to full membership in the community in which one lives.” It fully encompasses the political, civil, and social dimensions of the term. It is no wonder, then, that it has been the subject of significant debate. How do we define this broad idea of Citizenship that extends beyond the legal status of individuals within the context of the United States? Who gets to participate? What are the boundaries of American Citizenship? These questions have been discussed at length by scholars, journalists, activists, and jurists since the very beginnings of the United States, often without clear answers.

What, then, can be said about American Citizenship? The two quotations at the beginning of this Introduction reflect an important truth: American Citizenship is a project based on power and affects all aspects of American life. Despite its purported universality, it is evident in both the history of citizenship and the development of civil rights in the United States that this project has failed to accomplish its supposed vision of inclusivity. From legal analyses focused on gender, race, sexuality, and immigration, it is evident that the American project of Citizenship has been, and continues to be, an exclusionary one.

Efforts have been made to expand this project by granting the constitutional protections that citizenship entails to previously unprotected groups. These efforts have resulted in progress--Equal Protection jurisprudence, the Civil Rights Act, reproductive rights legislation, legislative and judicial recognition of LGBTQ+ rights, among many other achievements, are evidence of this. The Supreme Court--a key institution responsible for constitutional rights, yet one with limited power--has stood central to these advocacy efforts. This Note acknowledges the importance of these varied efforts while focusing its discussion on one dimension of Citizenship in particular: racial identity and the Court's construction of race in its citizenship decisions.

A long-standing dynamic of the Court relevant to this discussion of Citizenship and constitutional rights and which takes into account the Court's political nature is the doctrine of stare decisis, or precedent. Conservatives have traditionally advocated for strict adherence to the doctrine to perpetuate a narrow conception of constitutional rights protections, whereas liberals have tended to argue against precedent to continue expanding said protections. This simplified context requires accepting a basic truth about the American legal and political system: its deeply unequal beginnings. If the foundations of the law are unequal and exclusionary, it follows that reliance on precedent will have unequal and exclusionary results.

This understanding is grounded in Critical Race Theory (CRT), which “proceeds from the premise that racial privilege and related oppression are deeply rooted in both our history and our law.” CRT looks critically at purportedly neutral legal principles, like stare decisis. Building off of this work, this Note seeks to address a fairly new development in the traditional approach to precedent. As more “progressive” precedents have been created, liberals have moved towards a stronger view of stare decisis while conservatives have moved away from it. This shift highlights a deeper problem with reliance on precedent: Rather than serving as a neutral tool, it is used to obscure the ideological work that Justices engage in. Critiques of stare decisis, far from new to liberals, are now being ignored in the hopes that the doctrine will provide some protection against conservative attacks on progressive case law.

Many CRT scholars have already discussed at length the dangers of relying on systems steeped in inequality and oppression as the means of liberation and, therefore, would likely look critically on this new liberal defense of precedent. Rather than repeating this work, this Note attempts to connect it to the current moment with a historical case study of Supreme Court citizenship jurisprudence. As past CRT scholarship demonstrates, the use of legal narratives helps illustrate realities that traditional legal analysis often obscures. Unlike past CRT scholarship, though, this piece modifies the personal narrative method by using a semi-chronological approach to Supreme Court cases. This approach creates a judicial narrative of how stare decisis perpetuates the exclusionary nature of American Citizenship. Modifying the personal-narrative CRT approach with traditional legal analysis of precedent contextualizes the dangers of stare decisis such that liberals relying on precedent to protect advances in constitutional rights work can better understand the limitations of using stare decisis for progressive goals.

There has already been considerable scholarship devoted to analyzing the problems within the history of citizenship jurisprudence and how these problems persist in modern issues related to Citizenship. Little has been done, however, to delineate exactly how this history has continued to affect American Citizenship and how it connects to both the existing critiques of stare decisis and the current political shift of the doctrine. With CRT scholarship as a starting point, this Note looks to fill this gap.

Part I begins with a brief outline of stare decisis critiques and the modern political shift. Part II presents case studies of key Supreme Court citizenship decisions to provide new evidence for these critiques and to demonstrate how stare decisis has resulted in an exclusionary concept of citizenship in the United States. Part III completes the analysis by situating these cases within CRT and considers an important question that remains unanswered: If not stare decisis, what tools are available to ensure protections are preserved and exclusionary systems undone? This Note echoes CRT scholars in concluding that any efforts to further and preserve existing progress should not look to the courts as a solution, but rather, look outside the judiciary for lasting and substantial change.

The project of exclusion in the law began at the founding of the United States and has been perpetuated by a history of jurisprudence bolstered by allegedly neutral legal principles that disguise the law's unequal beginnings. The Supreme Court citizenship cases analyzed in this Note demonstrate how these principles, like stare decisis, promote limited participation in American society for those outside of the dominant class, even as slow and incremental progress is made. Through this process, those left out of the complete project of Citizenship are essentially told: “You are American, but ...”

How can Citizenship be expanded, then, when the current system has legally allowed membership to be restrained if a person does not belong to the dominant class? Critical Race Theory encourages us to think deeply about the meaning and implications of this question. The racial underpinnings of constitutional law, the continued effect of exclusionary precedent on current efforts, and the need to consider alternatives to progress through litigation all must be considered in exploring this question. CRT also encourages lawyers to look beyond principles like stare decisis to safeguard existing progress and continue expanding constitutional protections. It is a difficult undertaking that asks lawyers to participate in nuanced legal analysis by considering history and human impacts, by requiring a creative reimagining of the role of the law, and by pushing against established ideas of what the law ought to be. If any progress is meant to be more than a fleeting moment in history, though, this undertaking is necessary.